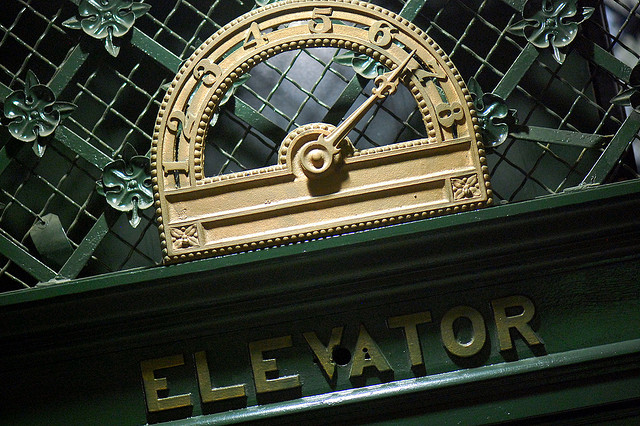 My pager shook in my pocket. I pulled over at the nearest pay phone. “Hey, John. What’s up?”

“I need you to get over to the production office fast. Go see Connie. Hurry,” John said. “It’s a rush.” Everything was a rush. Connie was the producer’s assistant. She only dealt with Bill’s and the executive producer’s business. Going to see Connie had to mean something important.

I parked in front of the Tales From the Crypt office and trotted up the stairs. “Hey, Connie. What’s up?”

“Bill is waiting for you. Go on in,” she said. I’d never been in Bill’s office before.

He grabbed an envelope from his desk and walked toward me. “Do you know where the First Interstate branch is in Beverly Hills?”

“I need you to deliver this by 3:00 or we have to shut down production,” he said.

“Then you better get going,” Bill said.

In Los Angeles travel is measured in time because distance is meaningless. If I was driving Jody’s big gray Cordoba rather than splitting lanes on my motorcycle, the 10 mile trip from our Hollywood apartment to the Tales office in West LA took up to an hour. Beverly Hills marked the midway point between those two locations — a half hour drive. Thirty minutes didn’t take into account parking and making my way to the bank.

All in, this was a 45 minute trip, but I didn’t have 45 minutes. I had 15 minutes to get to the bank or Tales screeched to a halt, and what was in this envelope anyway? I jumped into the Cordoba and checked the envelope. Bill tucked the flap closed but didn’t seal it. I peeked inside: I was carrying a one million dollar check.

The next 10 minutes is a blur. I’m not sure what I did, but it was some Smokey and the Bandit shit. I don’t think I drove on any sidewalks, but I can’t rule that out.

The bank had an underground parking garage. That meant more time lost at the ticket kiosk followed by a slow drive through the multi-tiered labyrinth of cement pillars. No time for that. I double parked the Cordoba in front of the elevator and mashed the “Up” button 2,427 times.

Bing. The elevator doors opened at super sloth speed. I mashed the “Lobby” button 28,429 times. The doors closed while I watched a flower sprout, bloom, and die.

Bing. The doors opened at the lobby level. I bolted out of the elevator and ran chest first into Ginger Lynn, the biggest adult film star of the ’80s. No kidding: I was standing boob to chest with Ginger Lynn at the threshold of the slowest elevator ever built. I didn’t know whether to apologize or say, “Wow, I really love your work.”

Focus, James! The Cryptkeeper is counting on you! I sidestepped the cause of my carpal tunnel and stepped into the marble lobby: an empty, impossibly long hallway stretching to my left and right. First Interstate stood at the end of one hundred yards of polished marble, glass doors propped open. I sprinted toward the bank, check clutched in a death grip. I was halfway down the hall when a security guard kicked the door stops free and the glass doors swung closed.

He ignored me. I ran faster, trying to beat the slow close of the heavy doors.

The doors shut. The guard stood inside, fiddling with a key ring chained to his belt.

He found the key and inserted it into the lock. I reached the door just as the tumblers clicked into place. He smiled at me through the glass. I gave him the “come on” face.

I gave him the “please” face and tossed in praying hands, just in case he was a religious man.

I whipped the check out of its envelope and slapped it against the glass door. He tipped back his head and read through the bottom half of his bifocals.  With his eyes still locked on all of those zeroes, he unlocked the door and held it open for me.

With that taken care of, I hurried back toward the elevator just in case Ginger Lynn was naked and waiting for me. My pager vibrated in my pocket. Elevator mission aborted, new target: lobby payphone.

“I need you to get over to the Post Group,” John said. “Go see Michael. Hurry, it’s a rush.” I guess Tales was still in business.