From The Stacks: Don Croom – On With the Show 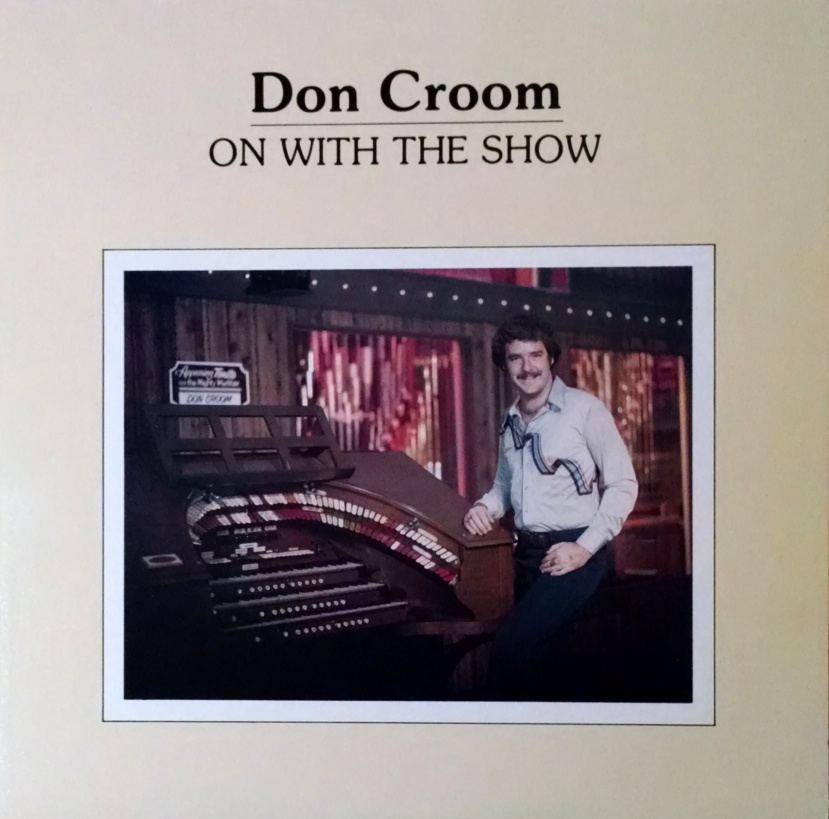 As you fans of Don Croom — or Croomsmen, as you like to be called — know, this is The Croom’s second album. You can’t afford polyester shirts like that without at least one album under your belt, after all.

On With the Show captures The Croom in all his glory on the pipe organ at a Fresno, California pizza restaurant. He rocks all the swingin’ hits that the kids today love: “Baby Elephant Walk,” “Misty,” “Feelings,” and of course, “A Fifth of Beethoven.” You might think that if you’ve heard one disco Beethoven cut played on a pizza restaurant pipe organ you’ve heard them all, but that’s because you’ve never heard Don Croom make it his own.

See, there are many sides to Don Croom. He’s not just mustaches, gold chains, and butterfly collars. No, The Croom is a thinker and a ladies man. He’s so complex that only a multiple exposure studio portrait can capture the multifaceted Croom.

I have no idea what this record is worth. I don’t even know what it sounds like. I don’t know anything about Don Croom, either. Honestly, I picked this quality record up to induct it into the Bad Album Cover Hall of Fame. 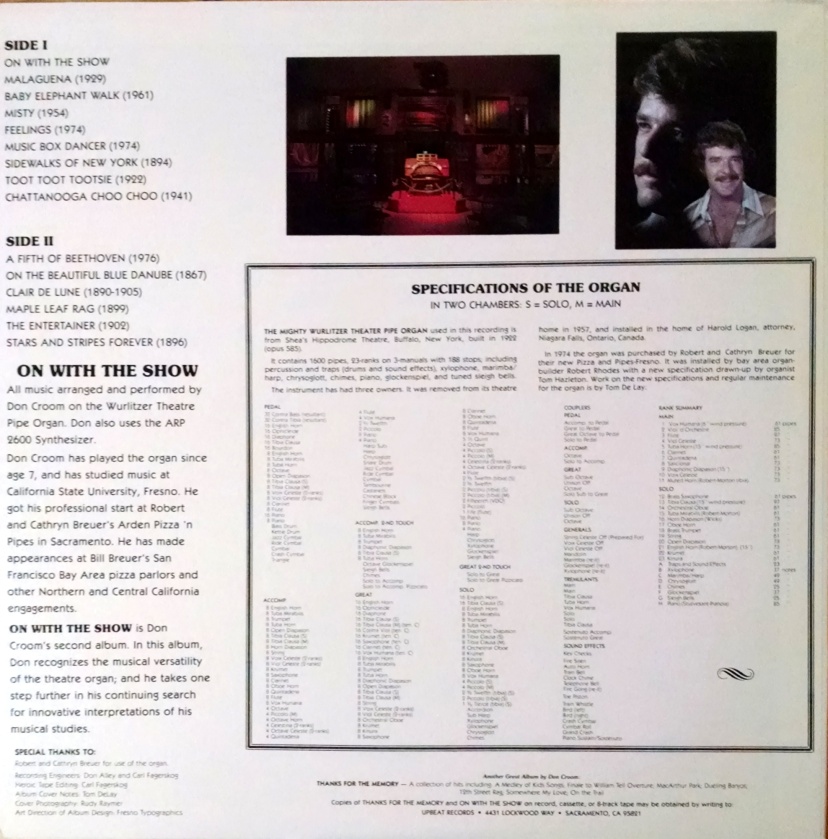