Writing Not To Be Read: The Three Rules of Dialogue Tags 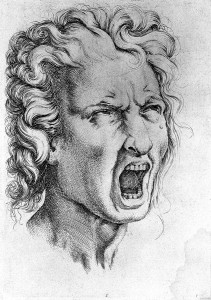 “James, here’s the secret to sound editing,” my boss said, and he pushed away from his workbench. “Some editors will get a scene of a building exploding. After the explosion, a feather will drift past the camera, and they’ll add a ‘whoosh whoosh whoosh’ as it floats down. First of all, have you ever heard a feather make a sound, and second–even if you have, do you think you’d hear it in the aftermath of an explosion?”

And that’s how a motion picture sound editor taught me everything I need to know about dialogue tags, those important but invasive functional phrases that let readers know who is talking.

In order to understand why a dialogue tag might be considered invasive, we first have to acknowledge that not everything we write is meant to be read. Counter intuitive, right? After all, if as writers we don’t want something to be read, we simply don’t write it.

Well, not really. Think about a house, for example. The overwhelming majority of what comprises “house” is critical underlying structure meant not to be noticed. In fact, the only time we really think about our pipes, electricity, or foundation is when they make themselves apparent, usually through failure. The only time we notice our plumbing is when it disrupts our peace and calm with a fountain of unwelcome water.

The same is true of your writing. Whether you’re working in journalism, fiction, creative non-fiction, technical writing, poetry, etc., there is an underlying structure to the work. Drawing your reader’s attention to that structure takes him or her out of the moment. It’s a great device when used effectively by a master, just as exposed beams look great in a house.

Unfortunately, few of us are masters. For purposes of this essay, let’s focus solely on fiction and creative non-fiction. The majority of readers of these genres are in it for the story. They want to inhabit the world that you create and suspend disbelief. Unless you’re Faulkner, nobody wants to see your exposed pipes.

What’s remarkable about readers is how expert even the most casual ones are at separating the story from function words like dialogue tags. The brain doesn’t literally process “he said” or “she said,” but rather reads the corresponding dialogue in the reader’s voice for that character. In terms of how we process them, dialogue tags are less like words and more like punctuation. We don’t read “comma” but simply pause, for example.

Authors occasionally step all over this simple contract between reader and writer. Sometimes an enthusiastic teacher is to blame, red pen at the ready with “too repetitive” or “more variety.” Often lack of confidence on the writer’s part is the culprit: “If I don’t tell the reader how to read, they won’t do it correctly.”

And so we end up with “he chortled,” “she mused,” “he guffawed,” “he pondered,” “she moaned,” on and on–broken pipes that pull the reader out of the story and into the underlying structure of the writing. As a reader I process “he said” like punctuation, but “he smirked sarcastically” like words. The latter is a wooshing feather drifting loudly in front of a crumbling building.

Consider these points when writing dialogue:

“I’ll give it a try,” anonymous writer said.

“Well good. I hope it works out for you.”

“Well,” James said. “I guess we’ll just have to grab a bag of feathers and blow up this building.”