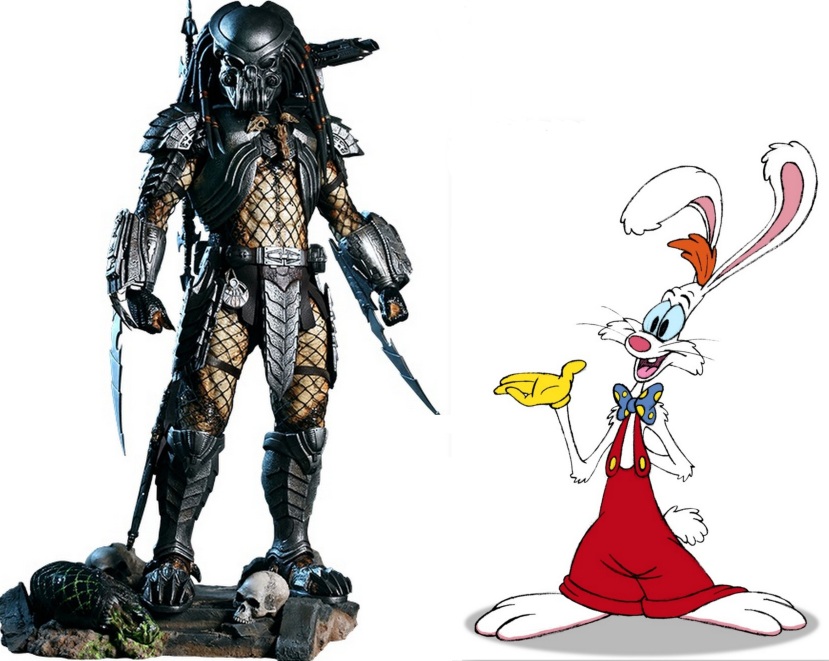 Seaman and Price, the guys who wrote Who Framed Roger Rabbit, directed a Tales From the Crypt episode. Theirs was a take on Macbeth, this time featuring an unscrupulous club owner who plans on making off with the take from an Iggy Pop rain forest charity gig. His plan is discovered by Katey Sagal, whom he murders and stuffs into a drum case only to be driven insane by his conscience, voiced by Sam Kinison. My goal: Be on the set the day that Iggy shot his scene.

Working on a show with Kinison was exciting, too, but I’d seen him around during my year in Hollywood, tooling down Sunset in his brown Firebird or buying movies at Music Plus. Back then new releases retailed for 80-90 bucks, as the studios gouged the rental places. Kinison didn’t care. “I don’t want to fuck around with that rental shit. It’s a hassle,” he said.

But Iggy — man, I wanted to meet Iggy. I found any reason I could to go over to the set, a complete rock and roll nightclub built inside the big warehouse that Tales used as a soundstage. The day came and went, though, while I drove film, video, and sound elements all over Los Angeles.

“Man, Iggy is so fucking cool,” Scooter, the set production assistant, said the next time I saw him. “And there was this one chick that was an extra that had her fucking nipples pierced and she had a fucking chain that connect them and then ran down into her fucking pants.”

“She had her fucking puss pierced, dude! She showed us!”

The set P.A.’s had all the fun. They met all the celebrities and got all the great stories while I drove around Hollywood or sat in a cutting room, waiting for something interesting to happen. What stories did I have? Some days I really hated Scooter.

Tales ran a lot of cutting rooms. Episodes were in various stages of completion at any given time, so we had editors all over town — picture editors, sound editors, music editors, and multiple sets of each. My favorite trips were to the Paramount lot because there was always a chance that I might see Jack Nicholson, whose latest movie was being edited just down the hall from the Tales crew working there. Besides, it was a real movie studio lot. I was even star struck by asphalt and soundstages.

Getting onto the lot was initially a little bit of a hassle, waiting for the guard to find my name on his little clipboard before he’d wave me through. Eventually he got to know me well enough that he’d just nod and open the gate, so when I rolled up one afternoon and a new guard was working I braced for the hassle. His face lit up when he saw me, though, and he waved me through without checking his clipboard. I waved as I rolled slowly past him.

“Have a great day, Mr. Cage,” he said, never questioning why Nicolas Cage was driving a 1980 Chrysler Cordoba with a caved in driver’s door.

Over at the Post Group we had a large trailer set up with two cutting rooms on opposite sides. A workspace set up at the end of the hall separating the two rooms was where the assistant editor sat. I’d sit with her when I wasn’t driving around Los Angeles or sitting in cutting rooms, and when she wasn’t doing important assistant editor things.

The Roger Rabbit guys worked on their episode to the right, and the biggest name yet worked in the room to our left: Arnold. That Arnold. Hollywood A-Lister Arnold directed a Tales episode. Whenever he came into the little trailer, everything changed. The facility brought in complimentary platters of food that he never touched, so the assistant editor and I gorged ourselves. We had to be quiet, though, and on point at all times. Our bosses were nervous wrecks when Arnold was around, so we kept to ourselves in the little assistants’ area between the two cutting rooms and stuffed as many free, fat strawberries into our face holes as we could.

One morning when Arnold entered the trailer, Seaman and Price came out of their cutting room to pay their respects. “Oh, I’m so hungover,” Arnold said.

“We had a bachelor party last night over on the Tales set. It was perfect for a party, a rock and roll nightclub.”

“That’s our set,” Seaman or Price said. Arnold plowed right past the implicit 800 pound faux pas in true  A-lister style, regaling the lowly writers with sordid tales of the events that took place the night before in their metaphorical home at a party to which they weren’t invited. What happens in Vegas may stay in Vegas, but when the women are flown in from Vegas all bets are off, apparently. Arnold laid out a tale of debauchery that would’ve made Charlie Sheen blush. The Roger Rabbit guys listened intently as the actor detailed the night’s events like some kind of Austrian Caligula.

“Gee, Arnold,” Seaman or Price said. “Aren’t you afraid your wife will find out?”

“Oh, no. I’m not afraid of my wife like you girly men,” Arnold said. “I go home at night, I say ‘Maria, I held another woman’s breasts in my hands today.'”

We were invisible when Arnold was around. I could have set myself on fire and he would’ve continued his story without missing a beat, but he was always gracious both to fans and the producers. If you were paying Arnold’s salary at one end or the other you were worth noticing; otherwise, you were furniture.

When filming was completed, Arnold the Director left for a Hawaii vacation. His editor spent the next couple of weeks cutting away while the boss sunned his man boobs in paradise. I drove a lot, rushing from facility to facility in what apparently was Nic Cage’s beat to shit Cordoba or on my motorcycle.

Two weeks later, I was sitting in John’s office when the phone rang. “Yeah, Bill. Yeah. Yeah. Okay. Yeah. We’ll get it done, I’ll make sure.” Arnold wanted a rough cut of his episode on videotape that day. “Be ready to stay late,” John said. “Head over to the Post Group and do whatever they need. Don’t go anywhere or do anything else.”

The stress level in the trailer was in the red. The door to the cutting room on the left opened only for the editor to request something of his assistant. I sat like an expectant father, staring at the closed door, waiting for the exhausted editor to ease the door open and say, “It’s an episode.”

Hours passed. We couldn’t leave for dinner, and Arnold wasn’t around so the Post Group wasn’t ponying up cheese platters. Around 9:00 the door opened and the editor waved me in. “Take this over to Modern Video and have them make 3 VHS copies and one on 3/4. Then get a copy to Arnold’s house as fast as you can,” he said.

I stepped out of the trailer and into one of those unexpectedly cool nights that hit Los Angeles. The temperature couldn’t have been higher than 50 degrees. I didn’t have a coat, and I was on my motorcycle.

Another two hours passed waiting at the video transfer house, and then I was finally on my way to Arnold’s place near the ocean. I’d worked 15 hours without any food, if sitting around waiting can be called work. My teeth chattered as I carved the turns leading to Arnold’s house, and I grew more and more embittered. Who the hell does this guy think he is? He sits his ass on a beach for two weeks while we bust our asses on his shitty episode, then we all have to jump when he gets back just because he’s too fucking lazy to stop by the Post Group and watch his piece of shit in the piece of shit cutting room? Fuck that guy.

The closer I came to the ocean the colder the night air grew. My hands felt frozen to the handlebars and icy tears streaked along my temples.

This fucker owes me. I don’t know what, but he at least owes me a little courtesy.

I finally arrived at the mighty Arnold compound. I stated my business into the intercom and the metal gates swung open. I rode past the big swimming pool surrounded with Nautilus machines and parked next to the house.

The front of the house featured what looked like a series of French doors that opened into the kitchen. Inside, Arnold leaned against a big center island, junk drawer open while he tinkered with a small object, like he was replacing batteries in a fire alarm or some such. The sight caught me off guard. He wasn’t Mr. Universe or The Terminator, just a regular guy doing regular things in his over-sized but regular home

Should I knock on the French doors? No, better proceed to the front door and ring the bell like a civilized human.

I saw him turn his head when the doorbell rang. He set the object down and walked toward me. The door opened.

“Hey, Arnold. How was your vacation?” I said.

He grabbed the videocassette out of the frozen, red lobster claw that once served as my hand. “Thank you,” he said, and he slammed the door in my face.

I stood there for a moment, unsure whether to be pissed off at his rudeness or grateful that I finally had a celebrity anecdote to tell Scooter for a change. And then I made my way through the freezing cold, back to my warm bed in my shitty Hollywood apartment. Back to Jody.

I didn’t envy Scooter quite as much after that, but I still wanted to meet Jack Nicholson.