205. The Inevitable Death of the Cordoba 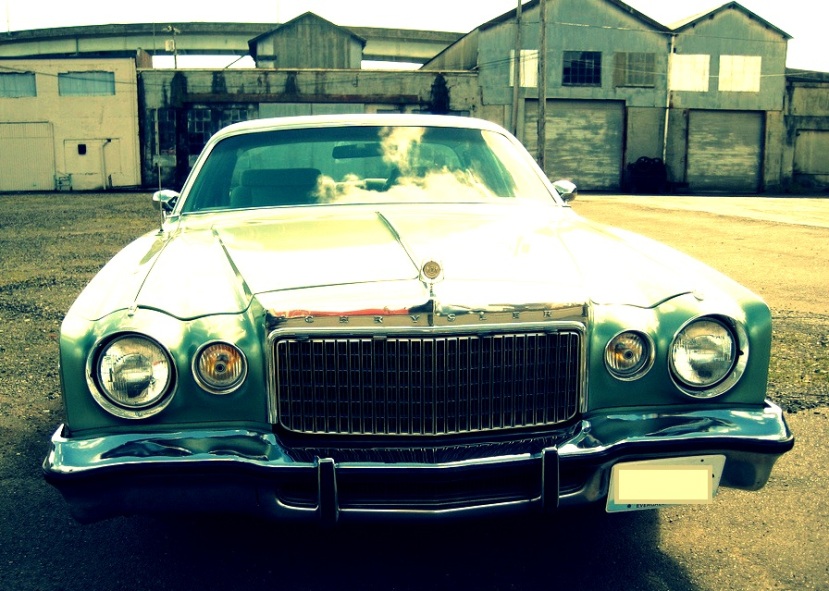 Early morning, and the back seat of Jody’s Cordoba was buried beneath reels of film in flat white boxes. I was fighting traffic, heading to a sound stage in Burbank where engineers waited to mix the latest Tales From the Crypt episode — the episode in Jody’s back seat.

Mixing stages were expensive, and the meter started running at call time, not when the work actually started. Of all the urgent trips John sent me on each day, nothing was more urgent than getting to the stages on time.

But the Chrysler didn’t care how much the production was paying for a bunch of guys to sit around drinking coffee. Halfway up the big hill that led into the valley, the transmission began to slip.

“Come on, you piece of shit,” I said, but then I reconsidered. “Come on baby, just get me to the top of the hill. We can coast down the other side. Come on, you can do it. You made it all the way across the country, you can take this little hill.”

I gathered up the boxes of film and started running. The stack probably weighed twenty pounds when I started, but its weight doubled every ten minutes. The weight of my anxiety doubled, too. They were waiting for me on the stage, burning money. John was sure to fire me.

I ran for an hour, my shirt soaked and my neck and arms cramped. “Where have you been?” John said when I finally dragged myself through the door. “You’re over an hour late.”

“You ran the rest of the way? Come on, let’s get you some water.”

I called around to find someone to haul the carcass away, but I couldn’t find a junkyard willing to take it for free. That evening I rode my motorcycle over to the Cordoba and stripped the license plates off of it. It was Burbank’s problem now.

“I can’t believe we finally get a little ahead and something awful happens,” I said.

“I have to have a car for work. We can’t afford to buy another car.”

“What about your MG?”

My MGB. My first car, dry docked at my parents’ house. It was less car than loose assemblage of oily, worn parts, but it was mine and I knew how to fix it when necessary, which was daily. I called my parents and asked them to ship it out.

It may have been a broken down death trap, but cruising around Southern California in a bright red British convertible was bound to be a lot more fun that puttering around in a Chrysler land yacht with a caved in driver’s door.  When it arrived, Jody and I christened our new car with a top down drive to Zuma Beach. Sometimes awful things aren’t so bad, after all.