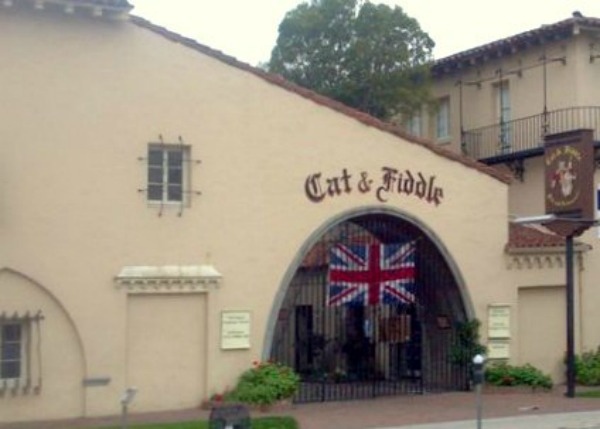 Prince was in the building; well, hypothetically at least.

Every morning a BMW appeared in the Post Group parking lot. The car was painted a blue much too vivid for a factory color, bright rose petals  visible on the dashboard through the darkly tinted windows. The tip-offs, though, were the Minneapolis license plates and the enormous bodyguards who lounged in the post-production facility’s lobby. They were friendly guys, impeccably dressed like The Time and unwilling to pony up any information.

Most of my workday was spent at the Post Group now. When I wasn’t driving around L.A. in a Tales From the Crypt panic I was running through the building’s hallways in a Tales From the Crypt panic. John was my boss, but everyone on the show thought that I worked for them, and as the months passed they grew more comfortable treating me like their personal assistant. I wasn’t just running between cutting rooms and mixing stages anymore: I was fetching dry cleaning, dropping off movie rentals, hanging pictures, picking up meals. I even babysat or trotted kids around town now and then.

I wasn’t the only one. Over at the Tales production office sat a growing phalanx of producers’ assistants, including one of Spielberg’s. Spielberg wasn’t one of the show’s executive producers, but he was somehow connected — probably through Robert Zemeckis. Occasionally I had to drive tapes over to Spielberg’s mission-style bungalow on the Universal lot. We called it the Taco Bell.

Spielberg’s assistant remained perpetually on the edge of panic. He was the kind of guy who would win the lottery and have an anxiety attack over the taxes, so it was no surprise to walk into his office and find him on the verge of tears. “What’s wrong, Chris?” I asked.

“Max’s birthday is Saturday,” he said.

“He’s a kid. Get him Hungry Hungry Hippos or some shit,” I said.

“Oh my god, there goes my pager,” Chris said. “It’s Steven. I better call him back right now.”

My 23rd birthday was coming up. I tried to imagine 15 years of this — James in his late thirties, paralyzed in the game aisle of Toys ‘R’ Us, panicked that he might buy Dick Clark’s kid Battleship when Boggle was the better choice. What, Dick? I’m on my way. I just picked up your dry cleaning. Yes, Dick. No, Dick. I’ll be right there, Dick.

I started hiding in the Post Group’s break room, eating free bagels and testing how many pages I could ignore without pissing off whomever was looking for the whipping boy. The break room also had the advantage of occupying the center of the building. If Prince walked past, I was bound to see him.

The Minneapolis Genius apparently was no fan of free bagels, but one morning while I cowered in the break room, pager beeping endlessly, a familiar figure walked past. Why he looked familiar I don’t know; after all, I only saw the stranger from behind. Perhaps it was his gait, or maybe his hair or fashion sense; regardless, I thought I knew the dude, but I couldn’t figure out from where. He puttered around for a moment, never facing me, and then he took off down the hall.

When if finally registered he was a good 20 feet away, but that was nothing compared to the distance from which I thought I knew him. The idea was absurd — impossible, really — but what the hell. If I called his name and it wasn’t him, the guy walking down the hall wouldn’t even know that I was talking to him.

He stopped, turned, and stared at me for a moment. “James? From SCAD?”

“Dude, what are you doing out here?” AJ said.

“I know. When did you leave Savannah?”

We went back to the break room and told lies about our fabulous lives until our pagers could no longer be ignored.

John pulled me into his office. “What’s up with you today? You’re being a real ass.”

“It’s my fucking birthday, John, and I’m spending it playing messenger to a bunch of ungrateful fucks. No offense,” I said.

“Really? Your birthday, huh? That’s fantastic. Which one?”

“Still just a lad. We should go out for drinks tonight,” John said.

“Sure, it will be fun.” He pulled the petty cash bag out of his desk and handed me some bills. “Go buy yourself some lunch, my treat. But hurry — they need you over on the set.”

“Oh, and while you’re out pick up something for me.”

I stuffed the bills into my jeans pocket and took off down the hall, rounding the corner too quickly and bumping into oncoming traffic. He wore a bright red suit and tall heels, and his hair was teased high like Little Richard’s. Even with the heels and the bouffant, he only came up to my chin.

“No problem,” Prince said, and he walked away.

That evening after my last run, I drove over to the Cat & Fiddle on Sunset Boulevard. I pushed through the crowd. “James!” they yelled. All of the Tales From the Crypt editors, assistant editors — everybody on the post-production team — sat around a huge table on the patio. Michael Banana Pockets stood and draped an arm over my shoulders. “The birthday boy!” he said, “Let’s get him a drink.”

The rest of the night is lost beyond flashes of Michael Banana Pockets handing me an endless line of tequila shots, lots of laughing, and me demonstrating what I called the Harvey Korman Burrito fold method of hair replacement.

That’s not true. I remember before the alcohol exceeded the platelets in my blood realizing that they were preying on my youth, that they were vampires who were using me to feel younger for an evening. I also remember not giving a fuck, as long as Michael Banana Pockets kept the tequila flowing.

The next morning I crawled into one of the cutting rooms and stretched out on the couch, still drunk, and hoped that my pager remained silent all day.