John 5 and The Creatures Slay

Guitarist John 5 (John Lowrey), who has played with legendary metal acts like Marilyn Manson and Rob Zombie, is currently on a solo tour with his band, The Creatures. Playing an entirely instrumental set from originals to covers this is a flat out to the core rock show. I was lucky enough to see one of his shows and even had a chance to meet him and then band when they were passing through Los Angeles.

John is a calm and a somewhat reserved guy, unlike what I anticipated from someone known for his Joker-esque stage makeup. I’m sure he’s enjoyed his share of wild backstage antics, but well into his career he has settled into comfortable enjoyment. Kicking back and relaxing he reminisced about past tours with “Marilyn” (Marilyn Manson) and the time he “accidentally” met Bob Dylan. He was incredibly gracious and humble about his experiences on the road but was most humble about his insane talent. I hung back stage for a few hours and during that time I can’t think of a moment he didn’t have a Fender guitar in his hands. It was maybe only when he was prepping and putting on his stage make-up that he set it down. I would say he has a bit of an obsession with that six string instrument. You certainly need a healthy obsession to get to the level he is at. 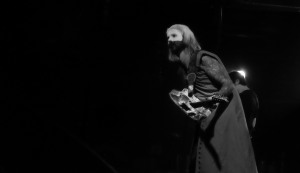 To see John play live is difficult to describe in words. He rattles you to the bones (and ear drums) with his shredding and leaves you completely spellbound with the speed in which he is able to play. I have never seen anything quite like this. I’m not ashamed to say that this was my first metal show and this indie girl was in complete awe. I could rattle on about the thundering drum playing of RodgerCarter and the flawless bass playing by Ian Ross, but really this is is show you have to see to believe. You have to see John in his zone with his fingers speeding up and down on the guitar, you have to feel the way that your adrenaline pumps and forces you to bang your head along. There’s just no way to put words to describe the way he skillfully plays guitar. He has brought the musicianship of rock to the forefront and has slayed each one of us in the process. 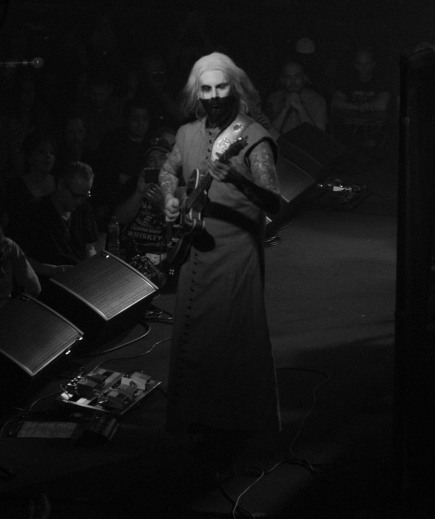 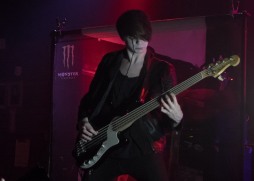 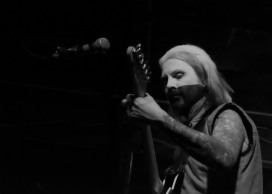 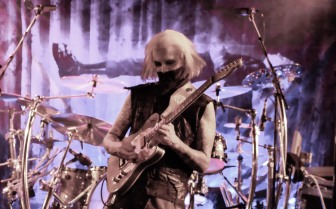