211. Two Years Ago the Seed Was Planted 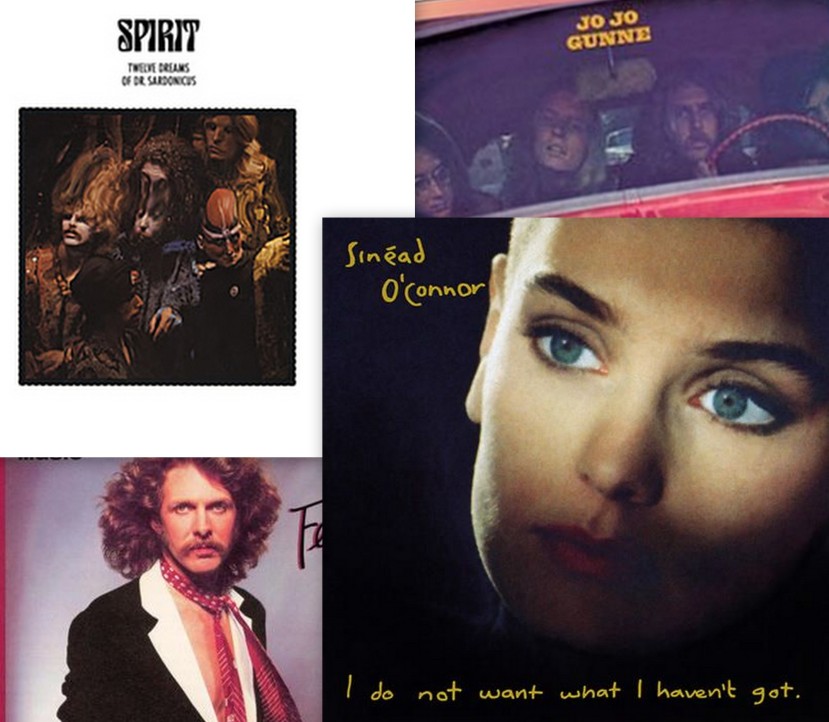 Sinead O’Connor barely caught the tail end of the ’80s. I don’t mean the actual decade so much as the new wave/post punk/college radio vibe that defined my decade. When her debut album, The Lion and the Cobra, dropped in 1987 we were already lurching toward the alternative ’90s, but the songs were good, her voice was amazing, and she was hot. Her shaved head meant immediate post punk cred, too.

But that was three years ago. I wasn’t managing a Savannah record store between classes at SCAD anymore. I was heading north on the Pacific Coast Highway, on my way to Santa  Barbara to pick up some music for a Tales From the Crypt episode. I had the top down and the Walkman cranked, tape hissing loudly in my orange foam headphones. Sinead’s new album, I Do Not Want What I Haven’t Got, was perfect. Perfect. From opening track “Feel So Different” through the title cut 51 minutes later, it was 10 songs of yearning, love, pain, and loss — an open wound with a rhythm section.

Even at the time I knew that I was projecting, but I didn’t care. When the right album comes along at the right time, we’re supposed to stretch ourselves upon them like graves and lie there forever. They are Ouija boards, tarot cards, divine scriptures concealing cryptic answers beneath their backbeats.

When Sinead sang “If you said jump in a river I would because it would probably be a good idea,” she was my proxy. “You’re not supposed to be here at all. It’s all been a gorgeous mistake.” I knew I had no business with Jody. She was the kind of woman who was capable of anything. I remembered visiting her while she was attending some fashion or modeling event in Hilton Head. Her hotel was chandeliers and marble foyers. My frame of reference was “sanitized for your protection” bands on motel toilets. I felt like a child trying on grown-up clothes, but she moved effortlessly through that world.

And now she was trapped in a shitty Hollywood apartment with a messenger boy. Every morning I awoke knowing that this may be the last day of our acquaintance, but I couldn’t do anything about it and I couldn’t stop. I’d never felt so much about anything or anyone. I was an addict. Nothing compared to her.

She was so unhappy. We may as well have been roommates at that point, given the level of intimacy between us. “I didn’t come to Los Angeles to work at a talent agency. I came here to act.”

“I don’t have much time. I need to be going on calls but I can’t because of my fucking job.”

She was stuck with a messenger boy who couldn’t take care of her. The closer I tried to get the angrier she grew. I’d probably cause her as much sorrow dead as I did when I was alive.

Just outside of Santa Barbara I turned onto a secluded road. I passed a mailbox labeled “Lightfoot,” and a little farther down the road I found one marked “Ferguson.” A tall, slender, middle-aged man came out to greet me. “Are you James?” he asked.

“Is that Gordon Lightfoot’s house up the road?”

Mr. Ferguson laughed. “No. I think Gordon lives in Canada some place. Come on in. I’m just wrapping this up, but you can hang out in the studio if that’s cool.”

We walked behind the house to a separate building. He opened the door and the world switched from black and white to Technicolor: keyboards, piano, guitars, mixing boards, computers — the dude had his own full blown studio behind his house. “This is awesome,” I said.

“Thanks, man. There’s a loft up there if you want to crash, or you can just chill out while I finish up this last scene. Downtown’s pretty cool, too. You ever been up here?”

“Oh, you should go check it out. Santa Barbara’s great.”

“Yeah man, go for it,” Mr. Ferguson said, and he sat down at his keyboard. The guy owned great guitars: vintage axes worthy of guitar lust.

“That’s a Danelectro Coral,” he said.

“What’s with all the extra strings?”

“Yeah, it sounds all right. I used it a few times. Kind of a gimmick.”

“Oh, those don’t mean anything,” he said.

“You should have these up,” I said.

“What do you mean they don’t matter?” I said. “These are gold records.”

“That’s just sales stuff. It doesn’t mean anything. Hey man, why don’t you go check out Santa Barbara? This is going to take me a couple hours more,” he said, and in a rare moment of clarity I understood what he actually meant.

Jay was right: Santa Barbara was great. The beach was  a postcard beach. The town was a postcard town. Everything was clean and manicured, all of the people nice. Even the homeless people were laid back. Santa Barbara was what Los Angeles thought it was but could never be.

A petite blond named Barbi smiled at me from the cover of a magazine named Prude. She reminded me of Jody, but with the shellacked hair of a model and her bow lips painted cherry red. She wore a white lace teddy that accentuated her creamy skin.

What’s that, Barbi? You want me to look inside? Well, okay.

Prude was no Playboy. It wasn’t even Penthouse. Barbi’s teddy hit the floor by the third photo, and a man with a penis the size of a compact car entered the picture two photos later. What followed was a series of photos of Barbi and the three legged man in increasingly gymnastic poses until her perky little chest was in dire need of janitorial services.

I wanted that. Not that exactly, but intimacy, love. There was no need for tantric yoga poses, just human contact. If you said jump in a river I would.

Barbi came home with me. I tucked her into the back of the bathroom cabinet. Over the next several months she was joined by so many two dimensional friends that the stack had to be the most obvious secret in that sad little Hollywood apartment.