From The Stacks: Dale Jacobs – ‘Cobra’ 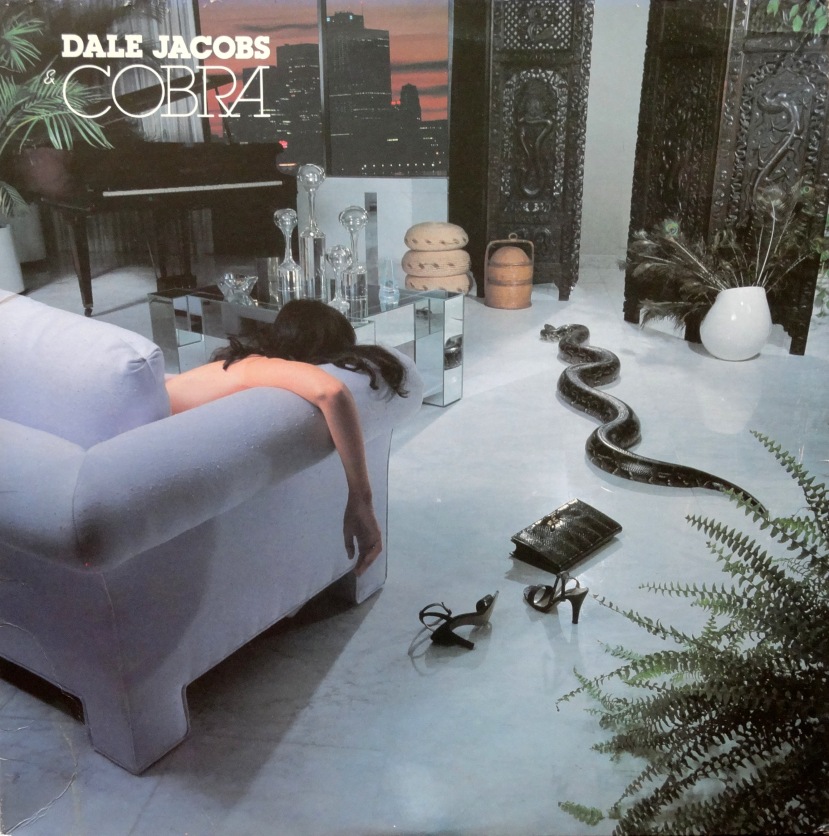 Who knew that Canada was harboring a potential jazz fusion superstar?

I can’t find much biographical information about Dale Jacobs. Apparently he scored some films, kicked some ass on a variety of electronic keyboards, and then died from lung cancer. Cobra, released on the Epic label in the US as Dale Jacobs & Cobra, appears to be one of the few albums he ever released.

Most of the cuts on Cobra fall somewhere between an early ’80s cop show and the lobby of your local dentist. Take the title track, for example:

But it isn’t all bad news (or good news, if you’re a fan of the cop-dentist crossover genre). Jacobs had a taste for funk. Some of the tracks are worthy of a little bit of stank face:

This may be a brilliant lost album, or perhaps it’s a piece of junk. I have absolutely no ear for the electronic jazz fusion genre — it all sounds like Miami Vice to me. So why do I own this record if it’s not my thing?

It’s that album cover. Come on!

Take a good look at that tableau. Apparently Jacobs got a high-heeled woman up to his sky-high penthouse apartment and knocked her out with a mixture of various liquids decanted in fine crystal. The booze hit her so quickly she didn’t even have a chance to set her purse down on Dale’s grand piano.

What happened next remains a matter of some conjecture, but regardless of whether the deal was consummated I think we can agree that some Cosby-like shenanigans occurred. Whether Dale’s prey was slipped the fat albert before or after the boa constrictor pretending that it was cobra entered the room we’ll never know, but one thing seems evident: Dale Jacobs was eaten by the boa constrictor.

And for that reason alone we welcome Cobra to the Bad Album Cover Hall of Fame. 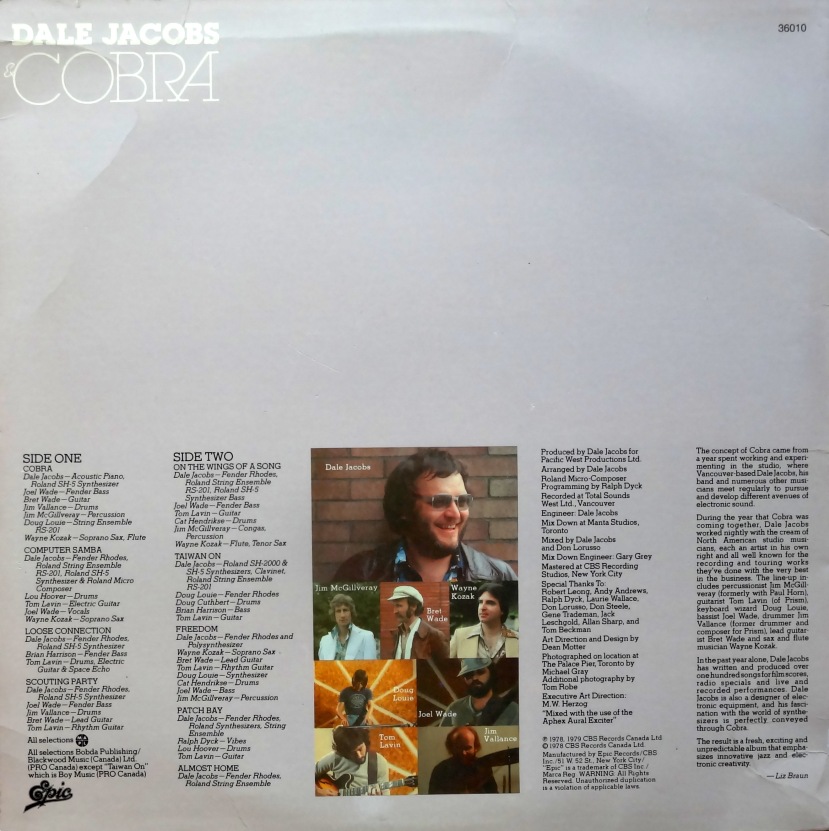