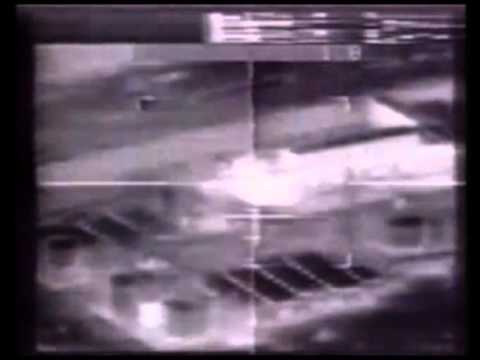 We sat in Jack’s office, watching the bombs fall in glorious night vision. CNN commentators oohed and ahhed over footage of precision strikes finding their way into air ducts followed by billowing plumes of…something. Light, dust, fire, bodies. They said things like “that was a secret munitions factory,” but all I saw were blurry smudges. It was like watching a video game.

It seemed so inevitable, this war. I was a Reagan-era teenager, having entered those awkward years at roughly the same time that the Gipper took office. Strictly speaking, we’re teenagers for a very short time, but during that period Reagan reinstated draft registration, invaded Grenada, bombed Libya, swapped arms for hostages, joked into a live microphone that we were bombing Russia, and armed and trained the likes of Osama Bin Laden while meddling in Afghanistan. The only real surprises that day in Jack’s office were: 1) That when the inevitable war broke out it started in Iraq, and 2) That it took so long.

The fact that the war seemed justified was a bit of a surprise, too. Iraq invaded Kuwait, a sovereign nation, and raped their women and killed their zoo animals. The guy with the beard on CNN repeated these three facts ad nauseam: sovereign nation, rape, zoo.  Molested womenfolk and murdered giraffes were much easier to relate to than the existential threat of communism or whatever.

My stomach knotted up at the thought of getting drafted. I thought about the Vietnam vets I knew and how many of them enlisted in hopes of pulling lighter duty, but I thought about the invading horde tearing through the Kuwaiti streets, too. Meanwhile the missiles lit up Jack’s TV, and the talking heads babbled like excited schoolboys.

That evening I went to dinner with my Buddhist friend, Joel. “Maybe I should enlist,” I said.

“People are dying. Did you see that zoo?”

“What difference would it make if you enlisted?” Joel said.

“Well, I might be able to get something better than infantry.”

“No, I mean what difference would it make if you enlisted,” Joel repeated. “Other than wrecking your karma.”

“How would that wreck my karma? Don’t Buddhists want to end suffering for all beings?” I said.

“And you are going to end their suffering by killing them?”

I waved my fork at the window. “Imagine that woman across the street was being attacked. Would you go help her?”

“What if the only way to stop her attacker was to hurt him. Would you do it?”

“So what’s the difference?” I asked.

“So moral imperatives are based on geography?”

The whole thing — my anxiety, my moral dilemma, our debate — turned out to be a moot point. Within a couple of days everybody grew bored with the video game movie and went back to watching The Fresh Prince of Bel-Air. What a relief it was, knowing that the guys in charge finally got the war that they wanted so badly and now we could all rest comfortably in the knowledge that it was nothing but peace from there on out.