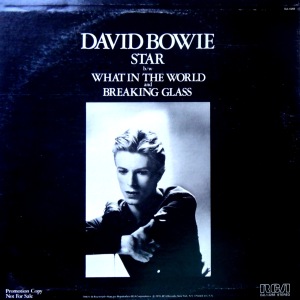 You know that obnoxious guy at the concert who knows the words to every song, no matter how obscure? That was me with Bowie.Just in terms of songs in my digital playlist, my Bowie library borders on 1,600 songs. That’s five days of music, 24 hours per day. Some of those are duplicates from different compilations, live versions, and covers, but you get the point. To paraphrase O Brother, Where Art Thou, I’m bona fide.

I don’t want to celebrate the hits. You know the hits, so consider this week’s “Deep Cuts” your introduction to the Bowie you’ve never heard as a casual fan. The following list contains one track from each era, so it’s a long one. Ready?

The pre-album era: “Can’t Help Thinking About Me.” This is the one. Even Bowie returned to it in the early 2000s.

The Man Who Sold the World era: “All the Madmen.” The first of many songs assumed to be about his half-brother’s mental illness.

The Hunky Dory era: So many great tracks on this album, but “Bewlay Brothers” sticks to the madness theme.

The Ziggy Stardust era: This is when he started playing Jacques Brel cuts live. “My Death” seems appropriate for this list.

The Aladdin Sane era: “Time” was a concert staple, but I don’t think the non-converted ran into it very often, so let’s call it a deep cut.

The Pin Ups era: I’m going to tell you a secret – I prefer Bowie’s cover of “See Emily Play” to the Syd-era Pink Floyd original.

The Young Americans era: “Who Can I Be Now” didn’t make the final album. I don’t know why — David Sanborn’s sax wails on this track, and the lyric is canonical Bowie.

The Station to Station era: “Stay” features one of Carlos Alomar’s funkiest riffs. This one track captures more soul than the entire Young Americans album.

The Low era: Frequently cited as my favorite Bowie album. I have a hard time picking a favorite track, but “Speed of Life” is one I go back to often.

The Heroes era:  I was ten years old when this album dropped, and every track made me feel…cool. I felt like I was reading above my recommended age or some such. Listening to “Blackout” still offers that feeling.

The Lodger era: My least favorite of the Berlin trilogy, which is analogous to “my least favorite winning lottery ticket.” “I Pray, Ole” didn’t make the finished album, which is curious. Something has to get cut, I guess.

The Scary Monsters era: “Alabama Song,” because it wouldn’t be a Bowie Deep Cuts list without some Brecht.

The Let’s Dance era: You know the version of “Cat People” featuring Stevie Ray Vaughan, but the Georgio Moroder-produced single better captures the mood of the film in which it appeared.

The Tonight era: These were lean years for Bowie die hards, but I dig his cover of the Beach Boys’ “God Only Knows.” Nothing will ever improve upon the original, but the Dame’s dramatic flair brought something new to the song.

The Tin Machine era: After the disastrous Never Let Me Down, Bowie retreated to the democracy of a band, where he first worked with his last great guitar foil, Reeves Gabrels. The two Tin Machine studio albums are wrongly reviled, and are probably due for a critical reassessment. “Baby Can Dance” provides a good example of the band’s muscular sound.

The Black Tie White Noise / Buddha of Suburbia era. Bowie released two albums in ’93, the former a sort of updated Young Americans for a new R&B era, and the latter an obscure BBC soundtrack. “Sex and the Church” is from The Buddha of Suburbia.

The Outside era: Our beloved Bowie was back in art rock mode, literally, with this concept album about “art crimes.” For years I vowed that I wanted “A Small Plot of Land” played at my funeral, but I’ve pretty much given up on the idea of funerals. Just toss me in the dumpster behind the Arby’s.

The Earthling era: “Battle For Britain (The Letter)” is a bit abrasive until you get to the chorus, but that chorus is so damned worth it.

The Hours era: “The Pretty Things Are Going to Hell” is a worthy edition to the Bowie catalog.

The Heathen era: “Wood Jackson” is a B-side from the “Slow Burn” single.

The Reality era: I was jazzed to hear this “Pablo Picasso” callback to the Repo Man soundtrack; well, that’s what it was for me, anyway.

The Next Day era: “Plan” is one of those tracks that’s all about the groove. I can almost hear it coming together in the studio, and that’s exciting.

The Blackstar era: With exception to “Lazarus” the whole album is deep cuts to me right now. It was only released three days ago, so I’ve hardly had time to listen, much less process it. I can tell you this, though: The first time I played the album (which was about 10 seconds after I purchased it), I just about peed my pants when I got to the first “I’m a blackstar” at the five minute mark of the title cut. Something about it was surreal, like a dream character in a David Lynch movie.

That’s it — the last studio album we’ll ever get from David Bowie. I hope there’s a vault filled with lots of live tracks and B-sides: I’m not ready for this to be over yet.

Do you have a favorite Bowie deep cut? Lay it on me in the comments section. I’m listening.