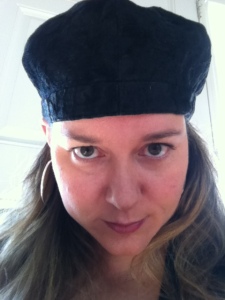 How good are April’s monthly picks? April’s picks are so tasty that Bill Clinton tried to bang them. They’re so good that they can be used as legal currency in 17 different countries. April’s picks once pulled a box of kittens out of a burning building.

Yep, April’s picks are the best, and here she is with your May 2016 mandatory listening:

“2 AM,” Bear Hands (You’ll Pay For This). “I don’t want no undue attention comin’ from you.” A plodding, self-effacing nugget of a tune, Dylan Rau delivers a testament to the chagrin of ageing and the affects thereof. A wonderfully hypnotizing beat lays the groundwork for this honest assessment of getting older.

“Border On Border,” Night Moves (Pennied Days). “When you want to dance call my name.” Soaked in Seventies feedback and bright keyboards, this warm tune invokes the best of AM radio with a modern twist.

“(I’m the One) Big Big Fun,” White Denim (Stiff). “Can you tell by the look in my eyes I’m a serious guy and I’m about to get real with you, girl.” So soulful, so in the pocket, you won’t be able to keep from tapping your toe to this funky, swagger laden track.

“Ain’t No Shame,” Anthony Hamilton (What I’m Feelin’). “Tell you like they told me, ‘no shame in playin’ hard.’” Detroit meets Nashville with exceptional results. Mr. Hamilton, a R & B staple, takes his blues prowess to the Volunteer state and wears it well.

“Love Me,” The 1975 (I like it when you sleep, for you are so beautiful yet so unaware of it). “Oh so sack off your calendar, give it to the people!” Splashy and unapologetically pop, this jangly track is fun and quite easy to get next to.

“Take It From Me,” KONGOS (Egomaniac). “The sun will rise and fall again, kick off my shoes and count to ten.” Built upon a laid back shuffle and an unmistakable accordion part which lends a Celtic flavor. KONGOS is made up of four brothers with the drummer doing an impressive job handling the vocals.

“Cool Papa Bell,” Paul Simon (Stranger To Stranger). “and I think, ‘yeah, the word is ugly…all the same,’ ugly got a chase to make.” God love Paul Simon. He is so consistent; he just keeps giving himself out and laying down truth. This song could’ve musically come straight off Graceland, but listen carefully and you will hear an edge that was not as evident in 1986.

“Empty,” Garbage (Strange Little Birds). “I get tired of trying. Ideas die on the vine.” A sonic wall of sound kicks off this rocker. Shirley Manson brings her unmistakable voice to this tune. Powerful and tight, this track certainly whets the appetite for the album’s June release.

“Footprints,” Escondido (Walking With A Stranger). “My bloody footprints, they walk    through your doors at night in the pale moonlight.” Shimmery, aloof notes from a trumpet kick off this number before an insidious back beat emerges. Jessica Moros’ ethereal vocals ride atop what culminates as a bruising, haunting song.