Here’s a great example of why I visit record stores. Recently I was flipping through the “just arrived” bin at one of my favorite stores, and I stumbled upon Melvin Sparks.  He looked so happy in his gold velvet bow tie the size of a pork chop. The price was right, so I picked it up. Even if the album sucked, I figured, I’d still have a new candidate for the Bad Album Cover Hall of Fame.

What I didn’t know was that Melvin Sparks was something of a session guitar legend who played on sessions for the legendary Prestige and Blue Note labels. His first recording was as a side man for Jimmy Witherspoon back in 1967, when Sparks was 19-20 years-old. He released his first solo album three years later, and continued recording through 2006. That’s nearly 40 years of productivity, and I had no idea who Melvin Sparks was until his golden velvet pork chop caught my eye.

Jazz collectors likely roll their eyes at that confession. How can you not know Melvin Sparks?! Well, that’s the thing. Knowledge is a bit like those Russian nesting dolls. I know more than the average person about the largest nesting doll, the one named “music.” I’m still above average when we get to the next doll down, the one labeled “popular music.” Down we go: “Popular music since 1950” (still okay); “Jazz” (I know enough); “Jazz guitarists” (um, I can name the big ones); “Jazz session guitarists” (And I yell “watch out!” and run away when you aren’t looking).

By the mid-’70s, Sparks was putting out some tasty R&B/funk sides, and that’s what Melvin Sparks ’75 captures. Check out this funky track:

Want your own copy of Melvin Sparks ’75? Expect to pay around 15 bucks. Want your own giant velvet bow tie the size of a pork chop? Good luck. Those things are worth, like, a lot. Happy hunting. 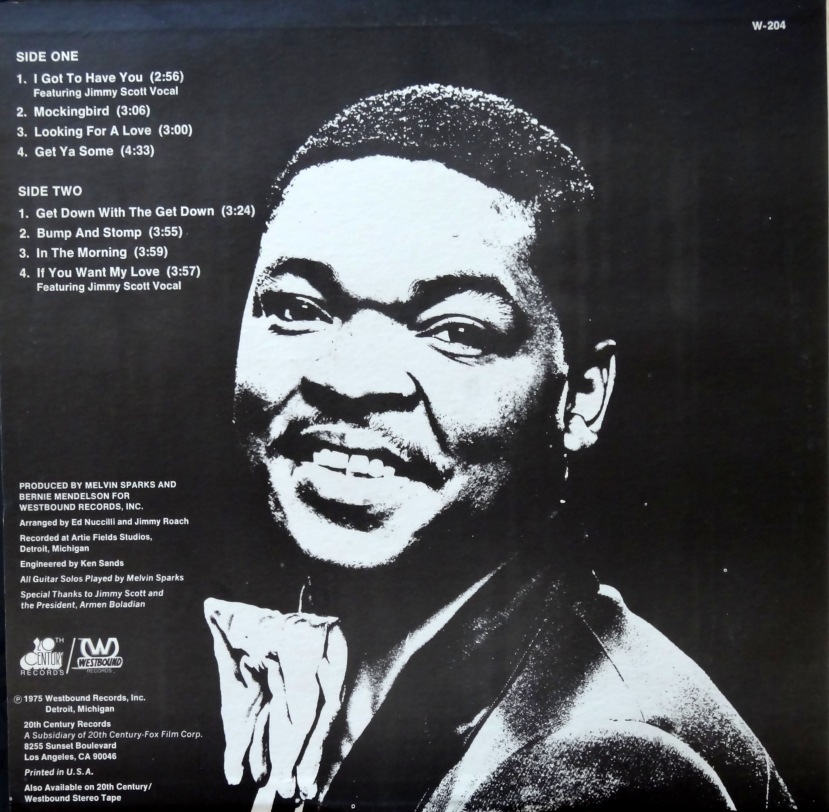