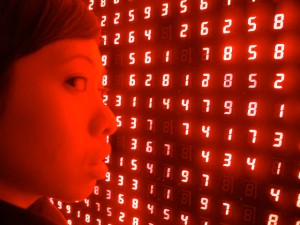 Numbers are sneaky little bastards. Sure, they tell the story, but they can also tell the story that you want to tell. “Donald Trump earned 60 million votes” is true, but so is “Donald Trump lost the popular vote by nearly one million votes.” This is a bitter pill for dullards like me to swallow. We want numbers to mean exactly what they mean–no interpretation, no wiggle room.

That’s not how it is, though. At risk of sounding paranoid, people are using the numerical truth to lie to us all the time. The good news, though, is that we can defend ourselves by seeking out non-partisan news sources, and cross checking quantifiable facts across more than one source. And for Zero My Hero’s sake, stop getting your “news” from social media.

“Lookin’ Out For Number One,” Cheap Trick.

“Be My Number Two,” Joe Jackson.

So there you have it: ten digits, if you can dig it. What did I miss? I’m listening.