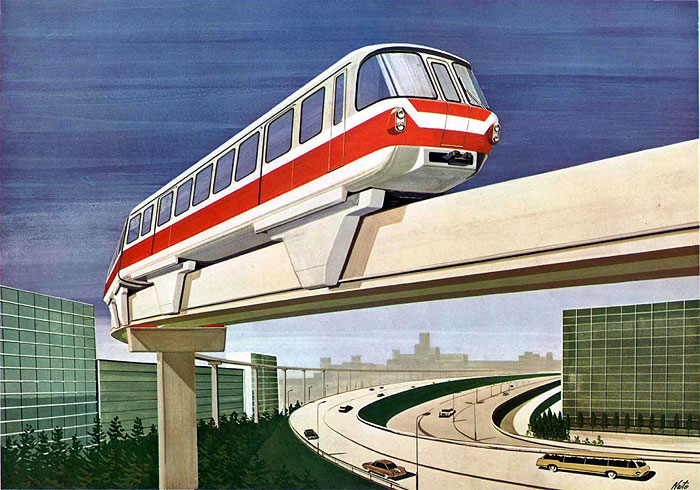 Silicon transistors. When Bell Labs introduced them in 1954, Dr. Wainwright knew he had the last piece of the puzzle. I guess I should say Colonel Wainwright given his rank, but even “doctor” is too formal for him. Around the lab we all just call him Bob.

I won’t pretend to know what silicon transistors do or even what Bob does. He’s the genius, not me. I wouldn’t even be involved with this project if my height and weight didn’t match the capsule’s specs and I wasn’t born with an inner ear impervious to vertigo. They put us through all sorts of tests: one year and 1,500 soldiers, and in the end I was the only one standing. “Brown, we should make a bronze casting of that head of yours,” Bob said. “If we could reproduce whatever is going on in there there’d be no stopping our flyboys.”

He set the target for the experiment at 60 years for one very practical reason: It was as far in the future as anyone in the lab could expect to live. Ray Carpenter and J.C. Spicer, Bob’s youngest lab assistants, aren’t more than 19 years old. If they lived right–kept up with their calisthenics and made healthy choices like oleomargarine and filtered cigarettes–they might make it to age 79. If I made it to 2017 but couldn’t get back, at least Ray and J.C. could vouch that the experiment was a success, if anybody would believe a couple of old men claiming to have worked on a top secret, undocumented government project back in 1957.

Sixty years. Bob brought in the greatest minds of our age to prepare me for what to expect: political scientists, historians, physicists, economists, linguists, even fashion designers. It seemed a bit frivolous to me to waste precious funding on clothing predictions, but Bob explained in that logical way of his that I didn’t want to be a “walking anachronism,” as he put it, when I landed in 2017.

“The future will be sleek, elegant, and minimal,” declared Christophe D’Ore before unveiling my travel suit: a silver jumpsuit with matching cape and ascot. “With this ensemble and a freshly shaved head, you shall blend in with the everyman of the 21st century.”

A gold stickpin topped with a large diamond held the ascot in place. Nobel economist Marvin Friedlander patiently explained that currencies evolve over time, so simply minting cash dated 2017 was unlikely to work. “Sixty years from now we likely won’t be using cash, anyway, but rather universal credits accepted anywhere on the globe. Better to barter a tangible asset when you arrive in the future. Memorize this script, and when you find a pawn shop or jeweler make a deal for the pin.”

On down the line they went, each of them briefing me on their area of expertise until I felt as if my head would explode. How was one man supposed to retain so much information? I wrote as quickly as I could, but compiling the collective knowledge of the world’s greatest thinkers in a portable notebook was impossible.

Finally, with freshly shorn scalp, note pad, slide rule, and canteen, I strapped into the capsule and said my goodbyes as the door swung closed. “See you in six decades, old man!”  J.C. shouted as the hatch clicked tight. I adjusted the machine’s many rheostats and toggle switches as Bob prescribed and then…nothing. No dizzying tumble through space-time. No unbearable g-forces. No flashing lights, whirring noises, or intolerable heat. Nothing.

I pounded on the hatch, but no one responded. I waited a few minutes and tried again–still nothing. I unstrapped myself from the capsule’s seat and pushed open the hatch. The laboratory had been transformed into a shopping center parking lot. Ugly brown buildings bore unfamiliar names like “Jo-Ann Fabrics,” “Office Max,” and “Bev Mo.” A drive-in diner in the parking lot must have been in the midst of a car hop strike, as a long line of drivers waited to have their meals passed to them through the kitchen window.

The cars! They were tiny and quiet, no fins or chrome. Clearly I was in the future, but when? Surely I missed my target. These cars did not fly, nor did they appear to be jet powered. A horn blared nearby and startled me. I looked to my left. An angry head protruded from the driver’s window of a nearby car, its taillights not two feet away. “Are you going to move that hunk of shit, bitch, or am I going to back over it?” he yelled.

“Hello! Can you please tell me where I am, sir?” I shouted back.

“You’re in my fucking way, that’s where you are,” he said.

Hubert Kershaw, the linguist on our team, warned me that vernacular English may differ greatly six decades hence, and that my best bet for avoiding conflict was to adapt as quickly as possible. I found the modern tongue distasteful, but when in Rome. “Sorry, bitch, but I could use some help. Would you be a pal and help me push this hunk of shit out of your fucking way?”

“Mother fucker,” he shouted, and he stepped out of the car.

The vehicles may be small, but if this gentleman was any indication the people of the future were not. This fellow was as tall as Ted Williams and as big around as Gleason. He appeared to be middle-aged, but he dressed like a child: dungarees, athletic shoes, undershirt, and a red baseball cap. All he was missing was a Hopalong Cassidy gun belt.

“I’m sorry, am I keeping you from a costume party?” I asked.

“You really want to go there, Dr. Evil?” he asked. “Move your goddamned Robo-Prius or whatever the fuck that thing is. Now.”

“Of course. If you could just help me push her over to those bushes over there.”

“Man, fuck you, bitch,” he said, and he lifted the hem of his undershirt. The handle of a revolver dangled above the waistband of his dungarees, its grip pressing into his soft white belly. A side holster would’ve been just the thing, after all. He returned to his vehicle and revved the engine.

Fortunately, Bob designed the capsule as a spheroid, so once I got the machine moving it rolled easily the 100 or so feet it took me to get to the shrubs bordering the parking lot. I double checked the hatch lock, made a quick note that beam weapons apparently weren’t yet in use, and began walking.