The ‘Corporate Person’ Is An Unmedicated Psychotic 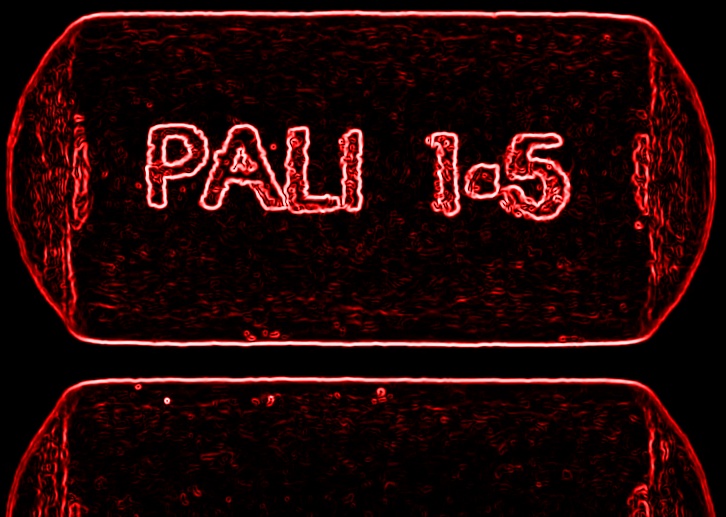 “Hey, can you pick up a prescription for me?” my buddy, McCarty*, asked. He’s a young guy who is underemployed and grappling with some heavy duty mental health issues. If running an errand for him would take a little load off, then I was game. Besides, I was headed that way anyway.

I stood in the little line separated from the brightly lit counter by three feet of gray carpet. These 36 inches afford each patient their privacy, or so the posted sign asserted. A bored old lady slumped at the blood pressure machine. It was the only seat around. “Next customer,” the cashier shouted. It was important to yell, else her voice may not carry across the vast, carpeted privacy barrier.

“Picking up for William McCarty,” I said.

“M-C,” I said. She turned and rummaged through a tray of bottles stapled into paper bags and found McCarty’s pills.

“No, the dollar amount. What did you say?”

“There must be a mistake. Will you check again?”

“No, no mistake. Do you have a BVR Rewards card?” the cashier repeated.

How could this be? There’s no way the kid could afford a 250 dollar medication on his service industry salary. I wrote down the drug’s name, paliperidone. “I think I’ll shop around,” I said.

“You can try, but his insurance is only good at BVR,” she said.

My next stop was my grocery store pharmacy. I told the pharmacist my story while he clattered away on his keyboard. “How much did they quote you?”

“That was with insurance?”

“Yes. She said his insurance was only honored at BVR.”

“Well, then I guess we’ll assume he’d pay the cash price here,” the pharmacist said, and he clack clack clacked on the keyboard some more. “We’d charge him two thousand dollars for a 90 day supply.”

“Is there a generic option?” I asked.

“That is the generic option,” he said.

I am not plugged into the healthcare industry. Even with the plague, I avoid doctors like the plague. The health care industry to me is synonymous with the auto insurance industry: a background nuisance that aside from paying my monthly premiums I hope to ignore until disaster strikes.

But McCarty doesn’t have that option. His mental health issues demand that he stay on the bus for the long haul. I’ve seen the row of pill bottles in his tiny apartment. Paliperidone is just one of several medications he takes daily to keep his brain in check. If one med cost him 85 bucks per month, what did the whole row of brown plastic bottles cost him? And how did he pay for them on his meager salary?

When I returned home, I did a little homework on paliperidone. The medication is intended as an antipsychotic, prescribed primarily to schizophrenics. It has other uses, too, and for McCarty’s sake I hope he’s not struggling with schizophrenia, but that’s the fundamental purpose of the drug. The smallest dose, an oral tablet, retails for $649 per month. That’s about 21 dollars per pill, and as my pharmacist said, that’s the generic version. If you’re into brand names, you can expect to pay over $1,000 per month for the same medication branded Invega.

So McCarty’s insurance was shaving $1,700 off the retail price of this particular generic medication, and he was still paying 85 dollars per month for just that one prescription. But what if he lost his job or switched insurers? What if BVR–the only pharmacy his insurance covered–decided to jack up their price of paliperidone? What if McCarty’s other four essential brain meds were 85 bucks each? How many McCarty’s are out there with no insurance and an unmedicated case of schizophrenia?

I thought about Jason Chaffetz, the smug Utah senator who recently suggested that Americans need to stop pissing away their money on iPhones if they think healthcare is so damned important. His math was right in this case, assuming that your basic schizophrenic buys a brand new iPhone each month, but I think that’s unlikely. My guess is that for those folks the choices are probably “rent or meds,” “food or meds,” or maybe even “these three meds or that one med.”

Given those priorities, some individuals who desperately need paliperidone probably skip it in favor of making the rent. This begins a downward spiral: Their symptoms worsen, and their psychotic behavior costs them their jobs. Next to go are the roofs over their heads. Several hypothetical paths are available from there: self medication via street drugs, homelessness coupled with psychotic behavior, maybe even homicide.

As a culture, we will wring our hands when one or all of these outcomes occur. “We must do something about the homeless situation,” or “We have to take mental health seriously,” we’ll say. Maybe we’ll double down on the war on drugs, gun control, or black on black crime, or perhaps we’ll build more private prisons in which to dump the bad hombres.

But in this specific case, the root cause is evident and the solution simple: Expensive antipsychotic medications benefit drug manufactures, while affordable antipsychotic meds benefit the entire community. It is a civic good, a patriotic duty if you want to get corny about it, to ensure that schizophrenics can afford their meds. Paliperidone is not even the best example of pharmaceutical greed–google Martin Shkreli or Epipen for greedier stories–but it’s a solid example of corporate greed taking precedence over the public good because it’s so damned easy to extrapolate what dominoes may tumble if people who need antipsychotics can’t get them.

Now, keep in mind that I don’t know what the hell I’m talking about. You are not reading investigative journalism, but rather opinion and anecdote. There may be manufacturer rebates, government programs, and local free clinics that drive the patient cost of a drug like paliperidone to near zero, but I do know this: When you’re out of your fucking mind, navigating bureaucracy is like climbing Everest. Naked. While chain smoking. Imagine telling Manson to clip coupons or research government programs that might help him out.

Nor am I suggesting that the manufacturers of paliperidone shouldn’t make a fat profit. Of course they should, but 21 bucks per pill for a generic medication? I can only assume that represents a profit that is not “fat” but rather “staggering,” and it’s not just McCarty who suffers for that staggering profit but rather our entire society, assuming that one considers homelessness, drug addiction, and violent crime social ills.

How did we come to this? The United States entertains the concept of “corporate personhood,” which in essence means that corporations have at least some of the legal rights and responsibilities as a living, breathing human. That’s right: Legally Coca-Cola (or United, or Exxon) is a person, at least to some extent.

There are no simple solutions to complex problems, but if I had a magic wand I would wave it in the direction of every CEO, board member, shareholder, politician, lobbyist–in short, every individual cell in every corporate person. I would wave that sumbitch until every cell in every corporate person vibrated with the following thought: “I will make a nice profit, but not at the expense of destroying my neighborhood, city, county, state, country, or world. My civic duty is as important as my balance sheet.”

Or maybe I’d just dose them with paliperidone. These psychotics clearly need it.

*“McCarty” is a fictitious name. It’s bad enough I dragged the poor bastard into this as it is, don’t you think?