From The Stacks: Gene Farmer, ‘Calypso Gene on the Scene’ 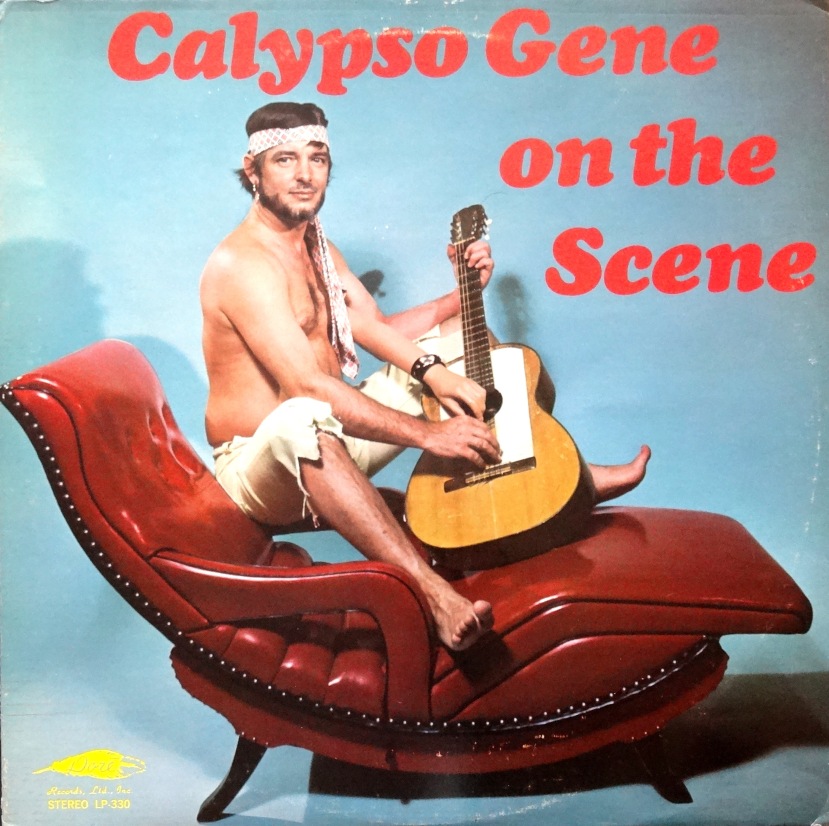 Comedy albums rarely stand the test of time, and Calypso Gene on the Scene is no exception.

It’s not a bad record, mind you, and as a satirical 1972 year in review it can even be considered something of an historical artifact. There’s even a little fun in the knowledge that “Calypso Gene” was a stage name used by Louis Eugene Walcott prior to reinventing himself as the Nation of  Islam’s Minister Louis Farrakhan.

But this Calypso Gene was television writer Gene Farmer, whose credits included Laugh-In, The Smothers Brothers, Sanford and Son, Good Times, What’s Happening, That’s My Mama, and Chico and the Man. He had a busy ’70s, in other words, but as that decade came to an end so apparently did Farmer’s television career. He died in 2000, and what he did with the last 20 years of his life remains a mystery to me. Chances are he moved on to a steady job, occasionally pointing out a Good Times rerun that he worked on and maybe busting out the Calypso Gene act now and then for the grandkids. That sounds like a pretty good life to my ear.

As for me, I’m in this for the album cover. I rarely include comedy records in my bad album cover collection, as often they are intentionally bad and there’s no sport in that. Calypso Gene on the Scene, though, is so devoid of production value that I’m tempted to make an exception to my policy. That mysterious third arm has Bad Album Cover Hall of Fame potential, too.

This one is such an oddball that I’m not sure what an appropriate value would be. It’s the kind of record that you find for a buck at a yard sale or a charity shop, or maybe 3-5 dollars in a record store. Happy hunting. 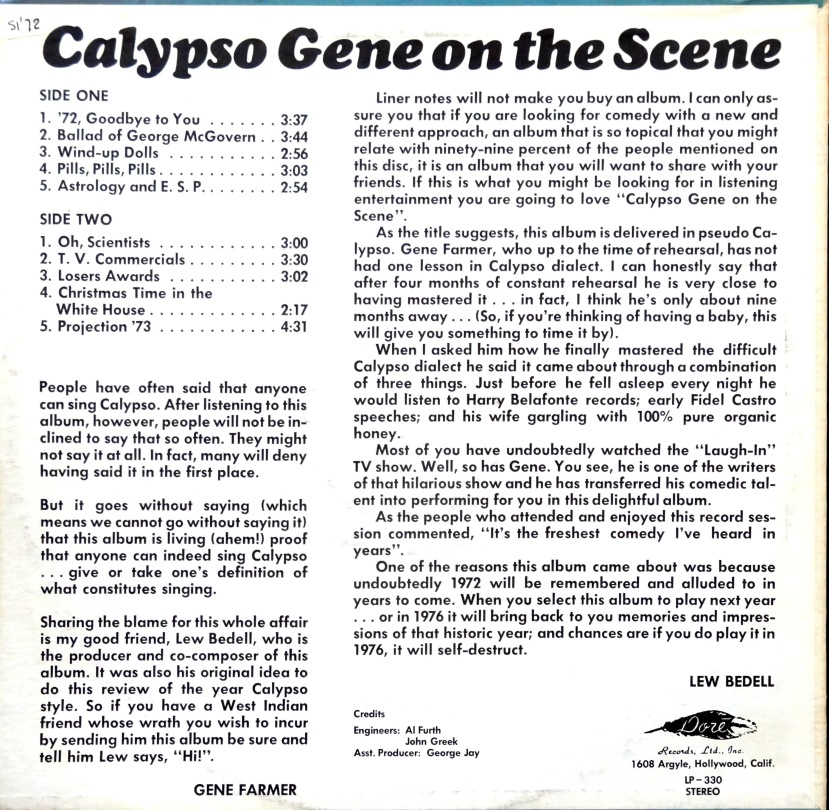