From The Stacks: The Wind in the Willows (Self-Titled)

There’s one reason that this album is in my stacks, and it isn’t the music.

Not that there’s anything wrong with the music. The Wind in the Willows’s self-titled 1968 debut is a passable piece of hippy folk rock, awash in flutes, harmonies, harpsichords, and tambourines. Side one even closes with a reading from the band’s namesake, Kenneth Grahame’s classic children’s book. Gather ’round, flower children!

No, the reason is that brunette in the red blouse that you see on the album cover. Look closely. Look familiar but a little off? Brunette? What sorcery is this?

That’s Blondie’s Debbie Harry! That’s right, before she was a sexy, platinum New York punk, before she was a glamorous pop diva, but after she was a Playboy bunny, Deborah Harry sang backup in a long forgotten psychedelic folk band that recorded one album and then vanished. (They actually recorded one more album, but Capitol never released it and the master tapes are presumed lost.) She also played tambourine, tamboura, and the all important finger cymbals. What’s a groovy record without finger cymbals?

The Wind in the Willows actually got a CD reissue a few years ago, and the whole album is available on Youtube, but it’s typical of the sort of record that I worry about. If not for Harry’s presence, this one would be long forgotten, and that’s a shame. Eventually what we think of as “music history” is going to boil down to “that which has been digitized,” which will only be a fraction of all of the music recorded since 1860. Yeah, that’s right: Music recordings exist that predate the Civil War. I doubt there’s a streaming channel for those.

Anyway, if you want to amaze your friends with  Blondie trivia, expect to pay somewhere in the 10-20 dollar range. Happy hunting. 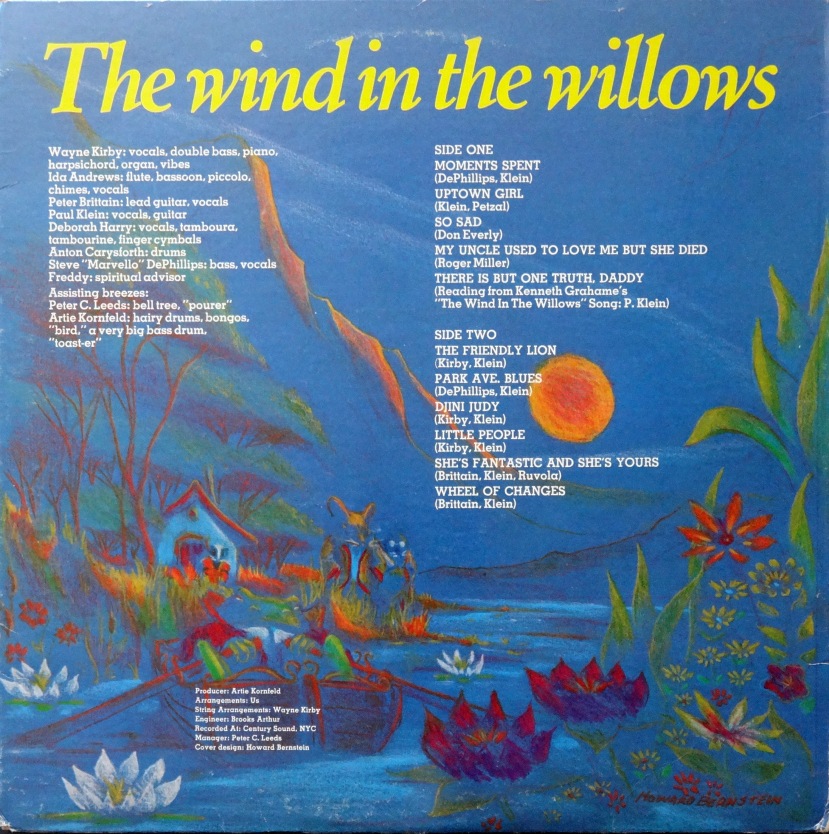 Tagged as: Artie Kornfeld, Blondie, Debbie Harry, The Wind In the Willows