From The Stacks: ‘Christmas Time With The Three Stooges’ 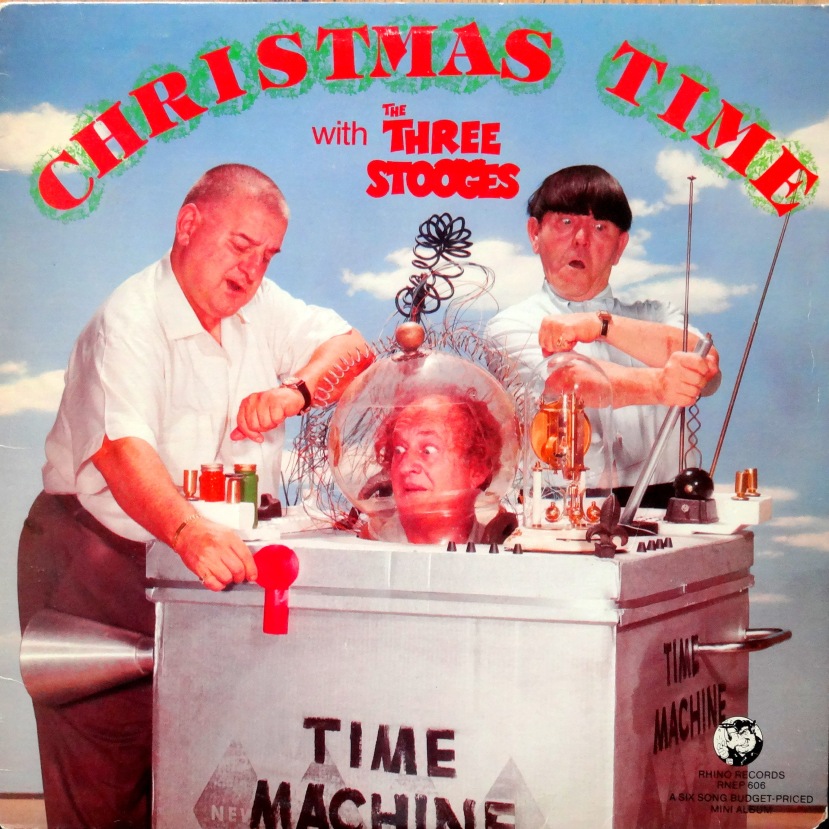 It’s Christmas Eve. What did you expect me to pull from my stacks, Slipknot?

Christmas Time With the Three Stooges is an early ’80s Rhino Records reissue of The 3 Stooges Sing Happy Yuletide Songs, released on the Golden Records label in 1960. Golden Records was Simon and Schuster’s musical cousin to their famous Golden Books division. If you’re of a certain age, Golden books and records were as essential to your early childhood as Fisher-Price toys. And if you’re of that certain age, you watched The Three Stooges every afternoon when you got home from school.

Around the same time that Golden Records were enjoying their heyday, the legendary Three Stooges were winding down. Curly was long gone, as were Shemp and Joe Besser. Moe and Larry were still going strong with Curly Joe DeRita filling in, but their best days were clearly behind them.

And then television happened. When the classic Three Stooges were syndicated beginning in 1958, the trio attracted a brand new audience of eye poking kids. It’s no wonder that Simon and Schuster wanted to cash in with a Golden record.

As for the album itself, it’s fun enough, no complaints: 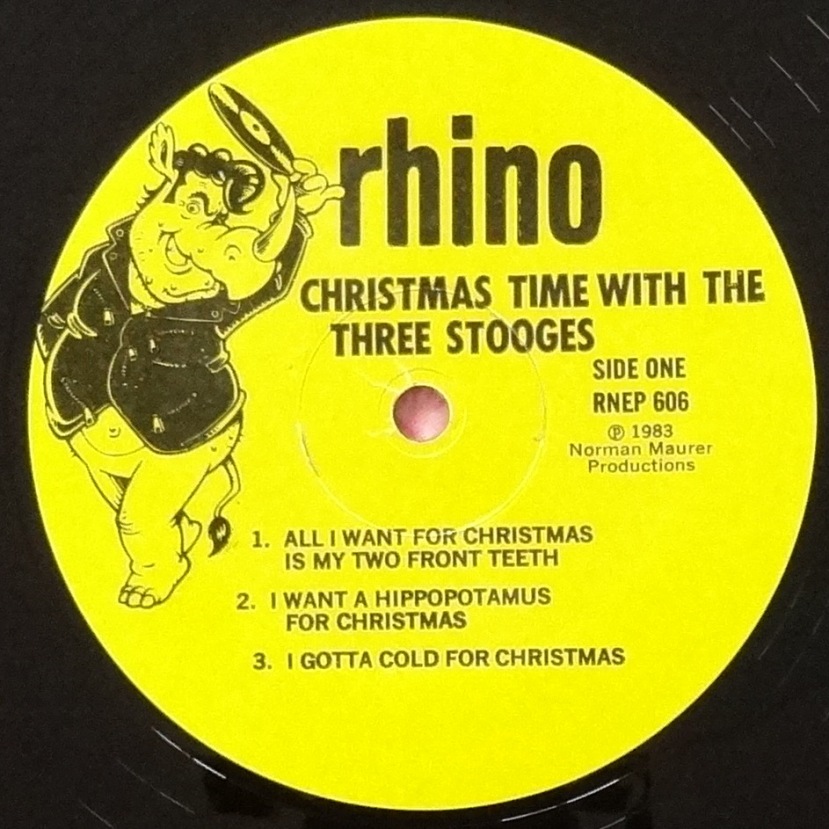 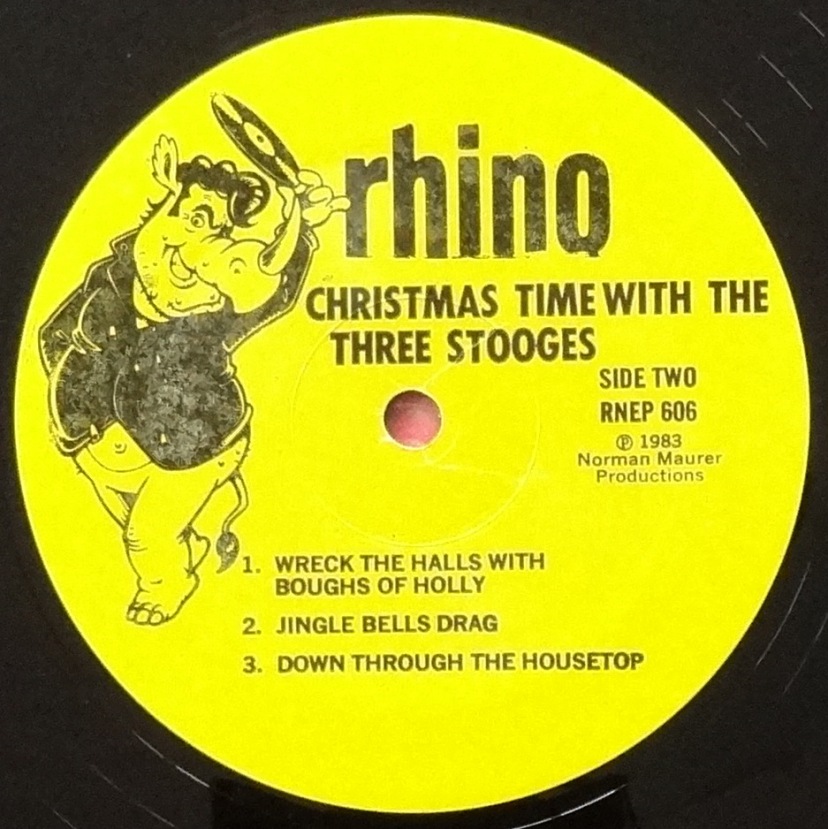