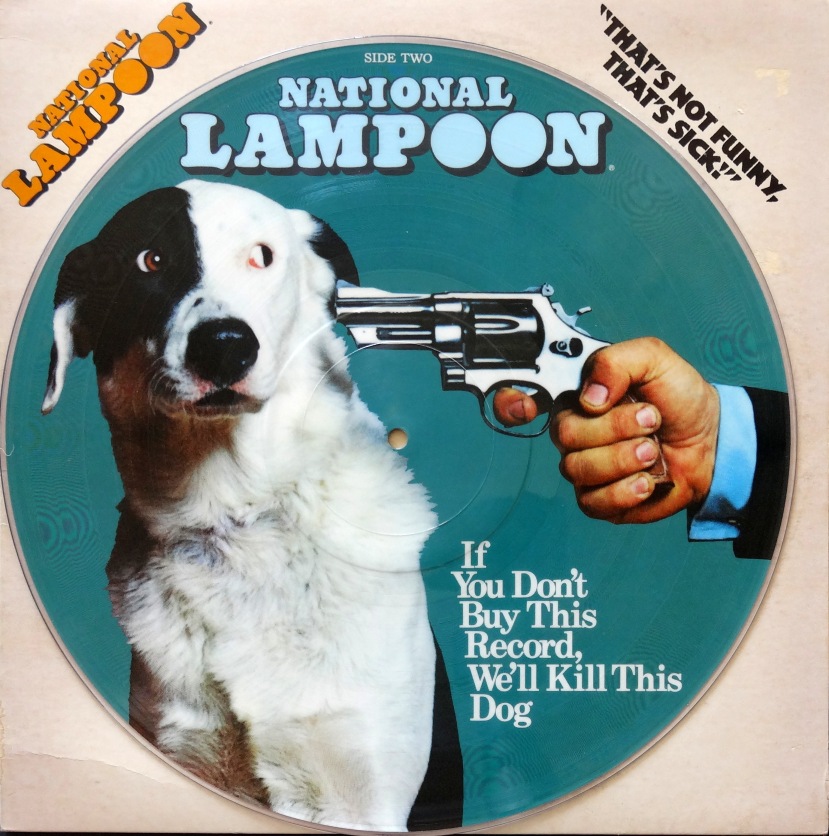 National Lampoon was the humor magazine for kids who aged out of Mad Magazine much in the way that Heavy Metal was the next logical step after Marvel and DC comics. The Lampoon’s humor was broad, tasteless, and often hysterical. Also, as a reader there was a good chance you’d see a boob, so the National Lampoon was a great way for adolescents to sneak some cheap thrills past his parents.

The success of the magazine begat success in other media. The movie National Lampoon’s Vacation, for example, first appeared as a short story by John Hughes in the pages of the magazine. And then there was The National Lampoon Radio Hour, a short-lived radio comedy show that featured future stars like John Belushi, Bill Murray and his brother Brian, and mockumentary legend Christopher Guest.

The Lampoon released several comedy albums, too, including this 1977 compilation of sketches from The National Lampoon Radio Hour.  If you love picture discs, this one is a must have if for no other reason than the reworking of their infamous January 1973 “If You Don’t Buy This Magazine, We’ll Kill This Dog” magazine cover.

That’s Not Funny, That’s Sick! regularly trades around five bucks in black vinyl and $15-20 as a picture disc. Happy hunting. 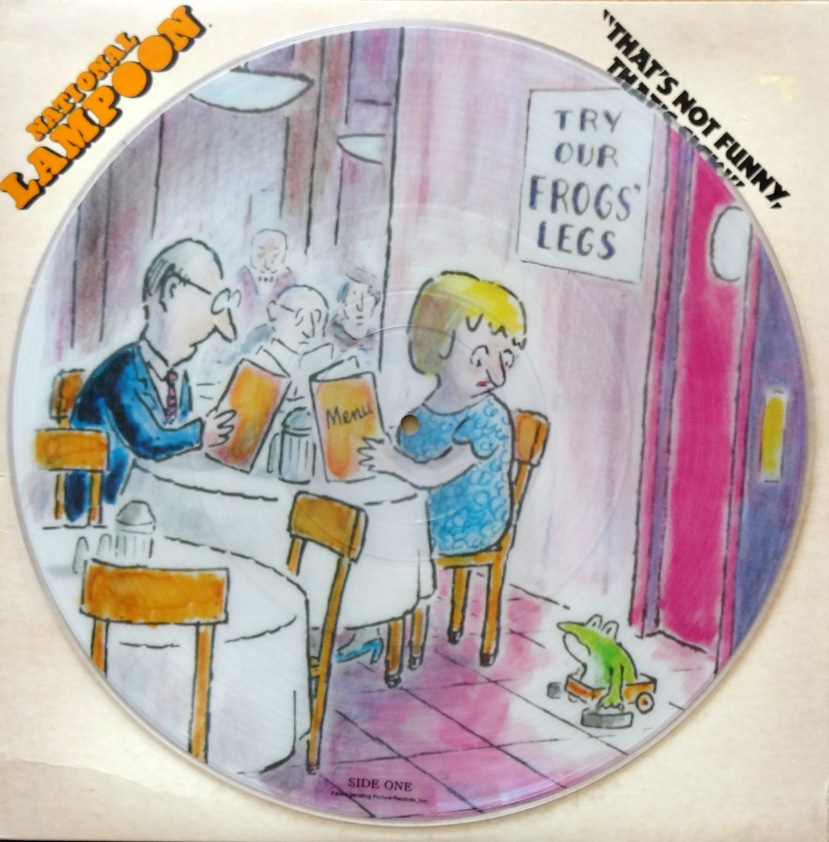