From The Stacks: Jeremy Storch, ‘From A Naked Window’ 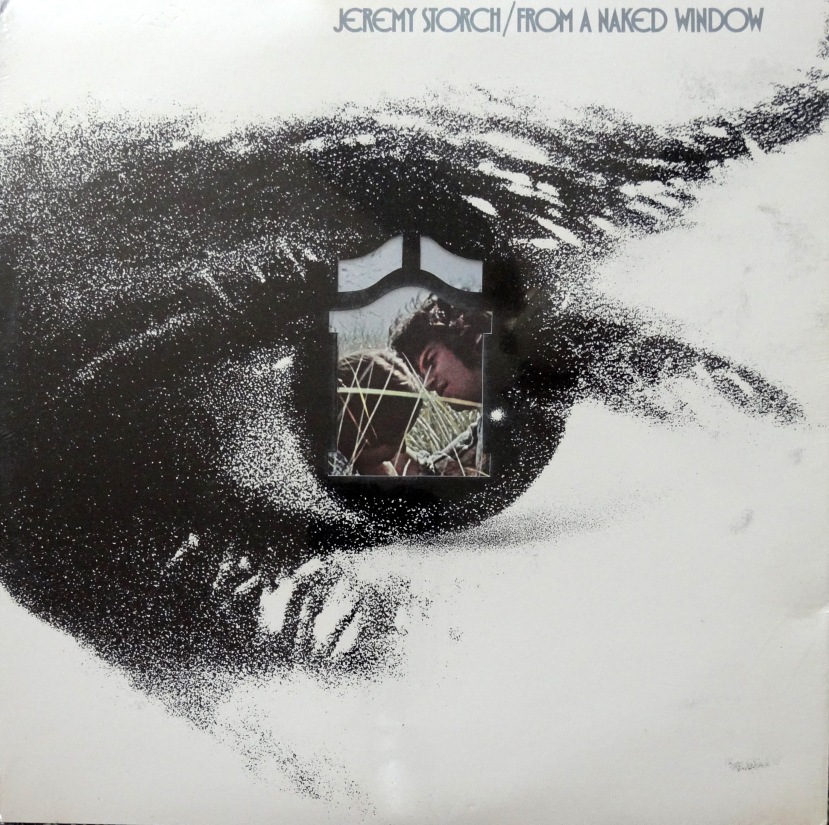 Jeremy Storch is a man in need of a memoir. Behind the Music has nothing on this guy’s story.

Back in the mid-60s, Storch (then known as Jay Storch) played organ for a band named The Vagrants. The band never hit big nationally, but they managed to release a record on the Vanguard label and had a minor psych-rock hit with “I Can’t Make A Friend.” That track still pops up now and then on compilations.

The Vagrants attracted the interest of producer Felix Pappalardi, who got the band signed to Atco Records before making off with Vagrant guitarist Leslie West and forming Mountain. That was all for the Vagrants.

Storch landed a contract at RCA, the result of which was 1970’s From A Naked Window and its follow-up, 40 Miles Past Woodstock. Neither were huge sellers, but don’t let that dissuade you: Storch’s brand of psychedelic folk rock holds a lot of charm. The softer tracks might appeal to fans of Bert Sommer, another artist with a Leslie West connection. I dig those cuts, but it’s the freakier psych tracks that really grab my attention, like “Old Man In the Sky”:

In what looks like it might be Storch’s self-penned biography, he notes that around the time of  From A Naked Window he experienced a near death experience courtesy of an overdose. “In this death experience, God spoke to Jeremy saying, ‘I am giving you back your life to do some work for Me!’ As soon as that was spoken, Jeremy awoke in a hospital bed,” the author writes. Heavy stuff, but it wasn’t enough to right the ship. Storch stuck with the music business for a few more years, resulting in some odd bedfellows.  For example, Storch earned a co-writer credit for “Call On Me” from Eddie Money’s 1978 album Life for the Taking.

That same year, in an Arkansas theater’s Passion Play, Storch played the role of one of thieves crucified along with Jesus. Again, from his biography: “After hanging on the cross in front of 4,000 people for two nights, the Holy Spirit started working in Jeremy’s heart. After the evening performance, Jeremy retreated to a cabin in the woods and he broke down and cried, realizing his sinfulness.”

And so Jay Storch of the Vagrants became Rabbi Jeremy Storch  of The Tabernacle in Branson, Missouri, where you can still find him today. How’s that for a journey?

From A Naked Window often fetches prices in the area of ten bucks, but my copy remains sealed so it would go for a bit more. Happy record hunting to you, and Rabbi Storch, if you stumble across this write up: Let’s get to work on that memoir.