From The Stacks: ‘Magic Bus: The Who On Tour’

The Who’s fourth American album was an odds and sods release that oddly wasn’t titled Odds & Sods. The band wouldn’t use that album title until 1974, but back in ’68 The ‘Oo were touring the U.S. without a new album to promote. The Who Sell Out had been on the market for nine months–a certifiable oldie in the record market back then–and the band was just beginning work on Tommy.

In order to fill the gap, Decca slapped together this collection of b-sides and album tracks, and even tossed on a-sides “Pictures of Lily” and “Magic Bus,” which was the band’s current hit, for good measure. The marketing department named the compilation Magic Bus: The Who On Tour probably with the intention of promoting the fact that the band was indeed on tour, but inadvertently creating the deception that this was a live album. Regardless, the LP broke the top 40 but just barely, peaking at #39.

There’s nothing here that you can’t find elsewhere in the Who discography, and frankly if you aren’t a completist then the Thirty Years of Maximum R&B is the only odds and sods collection you really need. Still, there’s that cool, psychedelic album cover, and if you are a completist you’re going to want this one anyway. Expect to pay $25-$35. Happy hunting. 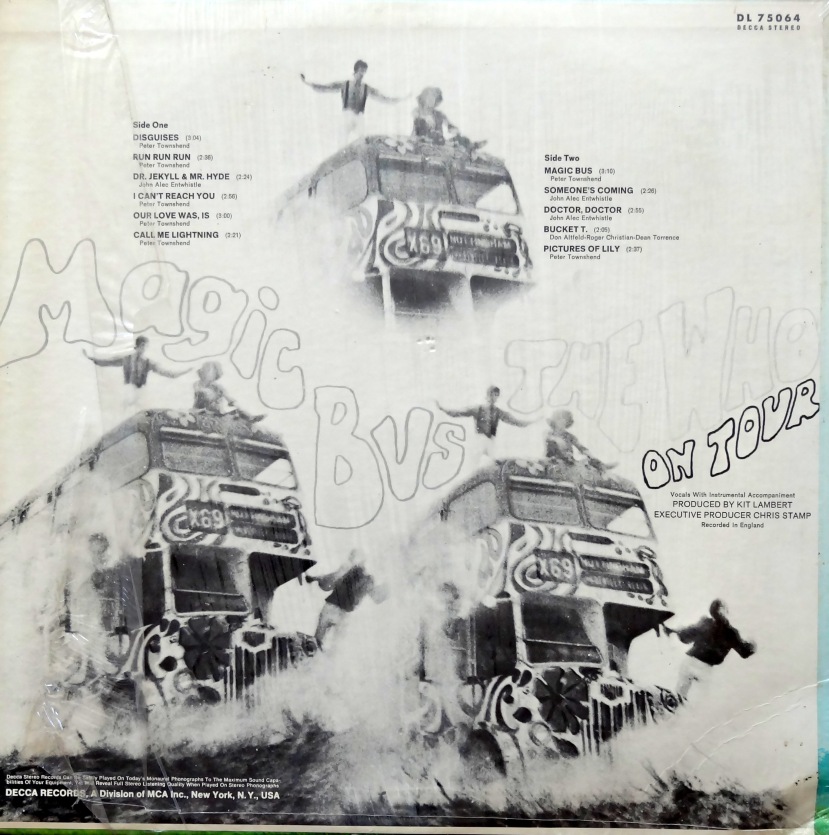 Tagged as: The Who