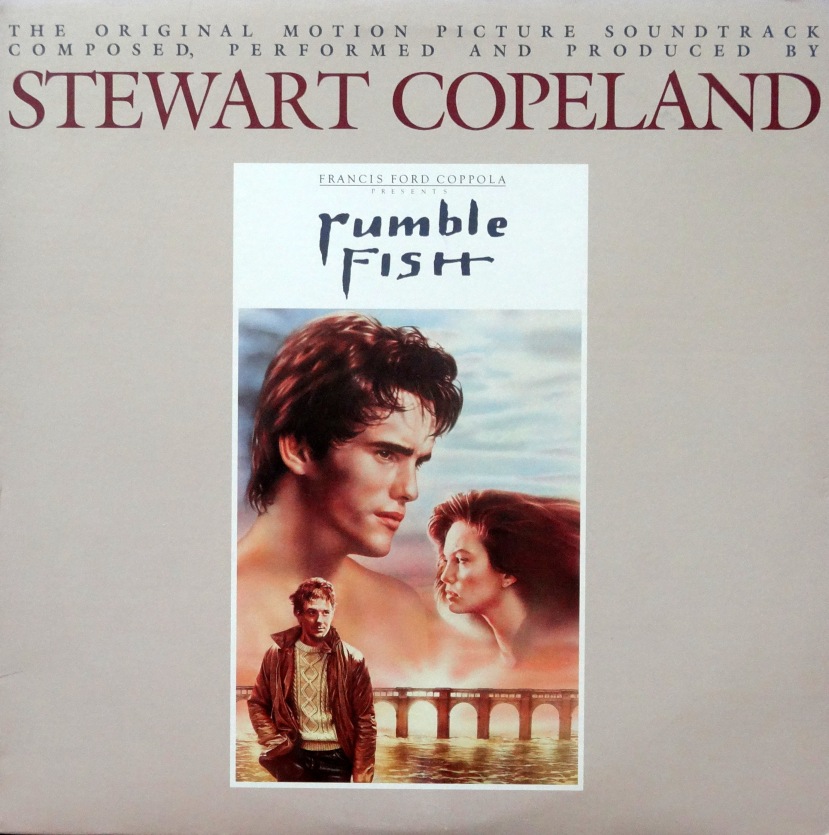 If you asked me in 1983 to name a group of artists who could do no wrong, my list might have paralleled the crew of Rumble Fish.

Greatest director? Come on, that’s a lay-up in ’83. Coppola had two Godfather movies and Apocalypse Now to his credit, for crying out loud. Best writer for young adults? Nobody could touch S.E. Hinton. I’d been obsessed with the novel Rumble Fish since I was nine or so. Coolest actor? Mickey F’n Rourke. Hottest actress? Diane Lane.

And in the realm of music, the Police could do no wrong. Between 1978 and ’83 the band released five perfect albums, all powered by drummer Stewart Copeland’s stubborn resistance to a simple backbeat. If you wanted boom boom bap then Stewart was not your man. Don’t get me wrong: There was no Police without Sting and Andy Summers, but it was the drummer’s band.

So yeah, I was more than a little excited when Rumble Fish came out. The movie remains one of my favorites from the era, and Copeland’s soundtrack has a lot to do with that. Atmospheric, quirky, yet distinctly Stewart, the drummer’s score occasionally sounded like the Police meets jazz:

There’s only one vocal track on the album, the brilliant “Don’t Box Me In,” featuring Wall of Voodoo’s Stan Ridgeway. This cut didn’t leave my turntable for weeks:

Rumble Fish marked the beginning of a lucrative career as a film and television composer: Over the next 25 years, Copeland amassed 75 composer credits.  Since 2007 he’s kept busy with non-film projects, including most recently his new band, Gizmodrome.

If you love both ambient music and the Police and you’re on a budget, you’re in luck: The Rumble Fish soundtrack usually fetches around three bucks on vinyl. Oddly, in this case the CD trades for more than the LP. If you’re looking for this one on compact disc, expect to pay in the 5-10 dollar range. Happy hunting. 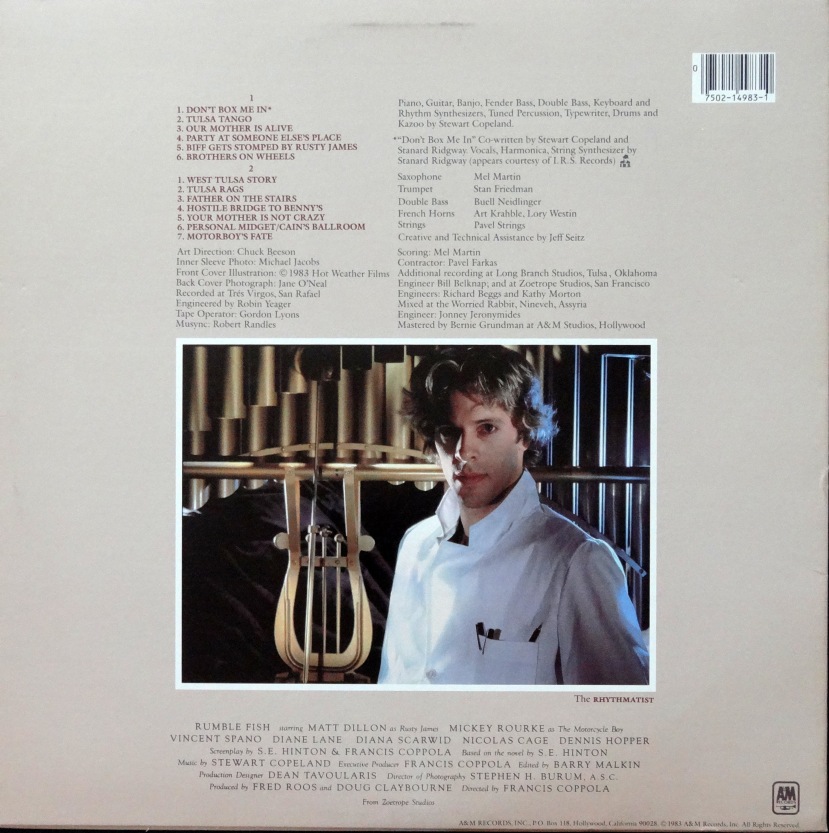