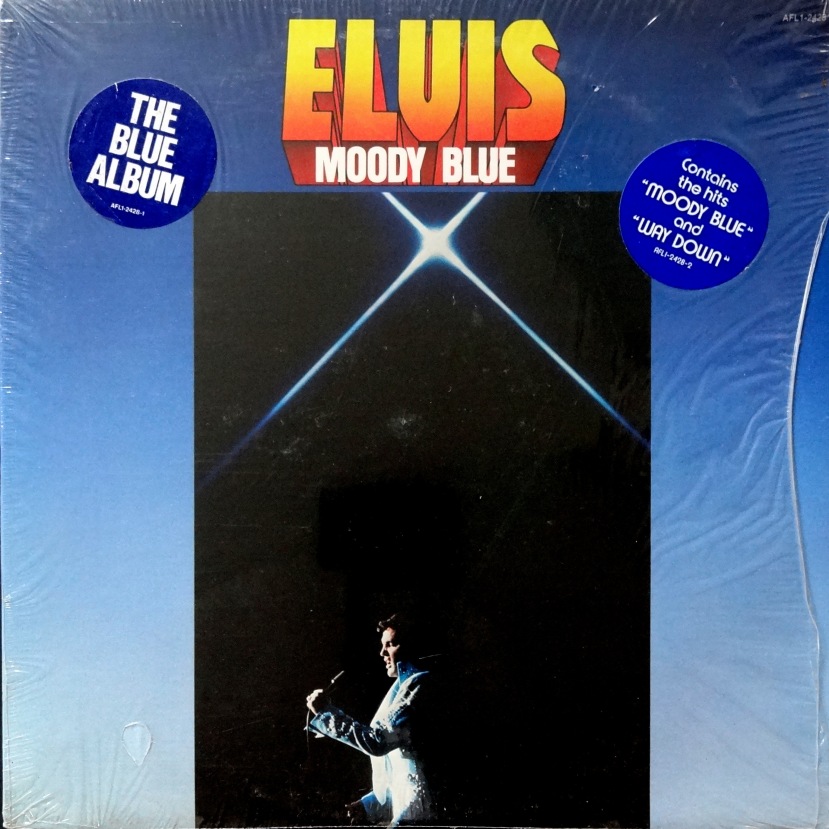 The music is special, of course. Elvis’s take on “Unchained Melody” and the album’s title cut are high points of the artist’s late period, and as far as I know the three live tracks from April 1977 are the last songs he ever recorded. Undiscovered tracks pop up from the vaults pretty regularly, so who knows–maybe there’s an Elvis/Tupac duet waiting to be discovered.

But the blue vinyl? Not so much. Moody Blue sold well, and because the blue vinyl edition outsold its standard counterpart the real collectible here is an original black vinyl pressing. Still, that blue vinyl is awfully pretty and well worth the 5-10 bucks you’re likely to pay. Happy hunting. 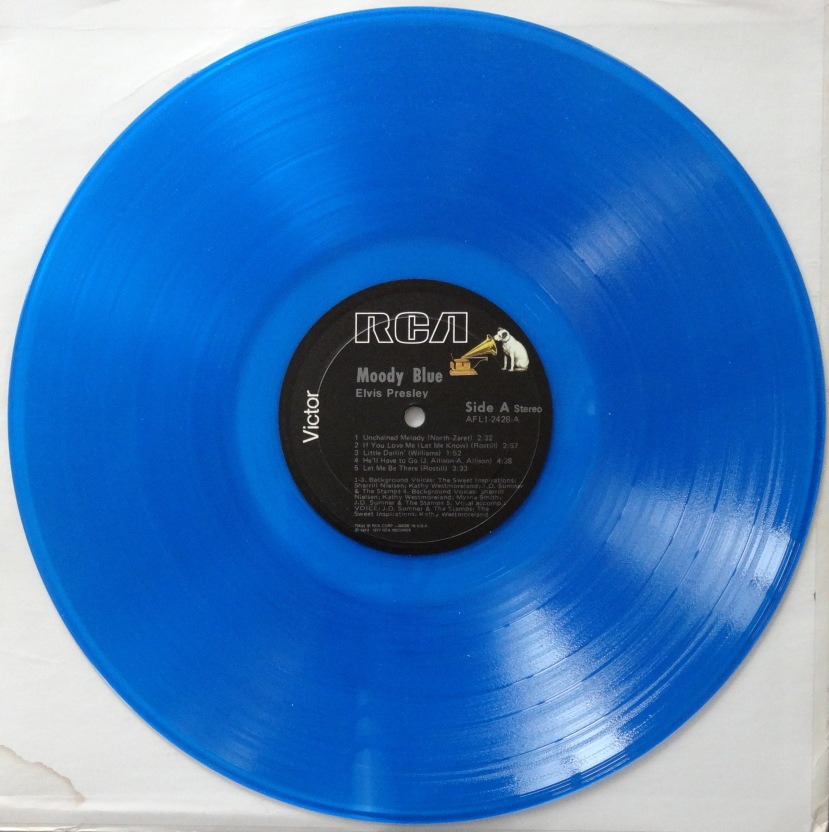