From The Stacks: Quincy Jones, ‘Around the World’ (From J. Dilla’s Stacks)

I stopped by my local flea market every Sunday for several months and came home with nothing much. The flea isn’t what it used to be. We sell our junk on eBay and Craigslist now, after all, so aside from piles of tools that were likely liberated from parked trucks there’s not much to see at my local flea market.

Occasionally during those months somebody would have a milk crate filled with albums that were either overpriced or so beat up that they weren’t even worth donating,  but I’d still flip through them. You never know when you might find a treasure other than you really do–never. It’s a friggin’ flea market, after all.

And then one morning I came across what was allegedly a Quincy Jones album from the personal collection of hip hop legend J Dilla. The proof was a little yellow sticker on the sleeve, a letter bearing the J Dilla Foundation’s letterhead, and a certificate of authenticity.

Now, anybody with a printer–which is pretty much everybody–can cook up those documents, but why? If I was going to lie about the provenance of a Quincy Jones album, I’d probably fake some documents alleging that the record was from Q’s personal collection. But that’s the genius of scam artists, right? They don’t do the obvious. The seller was only asking a dollar, and a buck seemed cheap for a good story about a flea market scam, so on that particular Sunday I came home with a record under my arm.

But here’s where things get interesting: Five minutes with a search engine proved that my J Dilla record was the real deal. Apparently when James Yancey (Dilla’s real name) died, he left behind 7,000-8,000 records in a storage locker. A Michigan record store owner named Jeff Bubeck scooped up the whole pile, and when he realized what he had–and this is the coolest thing you’ll read all day–he turned them over to Yancey’s mother, Ma Dukes. Ma (or someone at the J Dilla Foundation) hit upon the idea of selling off a chunk of the collection, and in 2013 an eBay sale ensued. Winning bidders received a random record, each with a numbered certificate of authenticity signed by Ma Dukes. Each record was shipped exactly as it was found, fingerprints and all. You can read the official story here.

How this one ended up at a Sacramento flea market for a buck remains a mystery, but these pop up on eBay fairly regularly for around $60. Happy hunting. 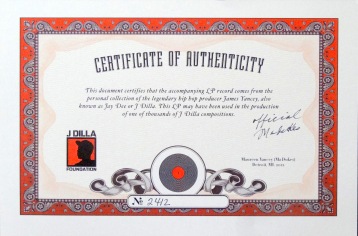 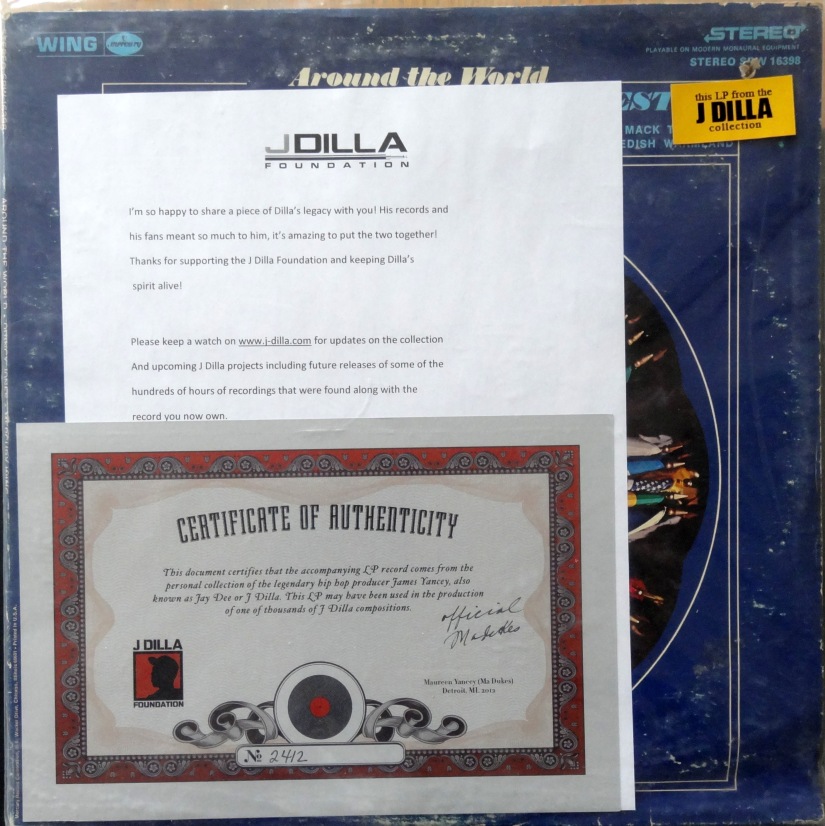