From The Stacks: Johnny Cash, ‘Everybody Loves A Nut’

What the heck is going on with this album cover?

I love Jack Davis, but I don’t really associate him with the Man In Black. Cash was known for his outlaw image, and when this album came out in ’66 he was doing his best to live up to that–drugs, arrests, divorce, even a forest fire. Cash and Davis seem like an odd fit.

But I do associate Davis with novelty records like releases from Homer and Jethro or Sheb Wooley, which is precisely what Cash was after on Everybody Loves A Nut. Yep: If you’re looking for a Johnny Cash comedy record this is the one.

“The One On the Right Is On the Left” was the album’s biggest single, peaking at number two on the country charts, but the one off of this record that both Cash and Muppet fans know is “Dirty Old Egg Sucking Dog:”

This one is kind of all over the place price wise, but five bucks sounds fair to me. Happy hunting, and before you go why don’t you check out some more great album cover art from Jack Davis? 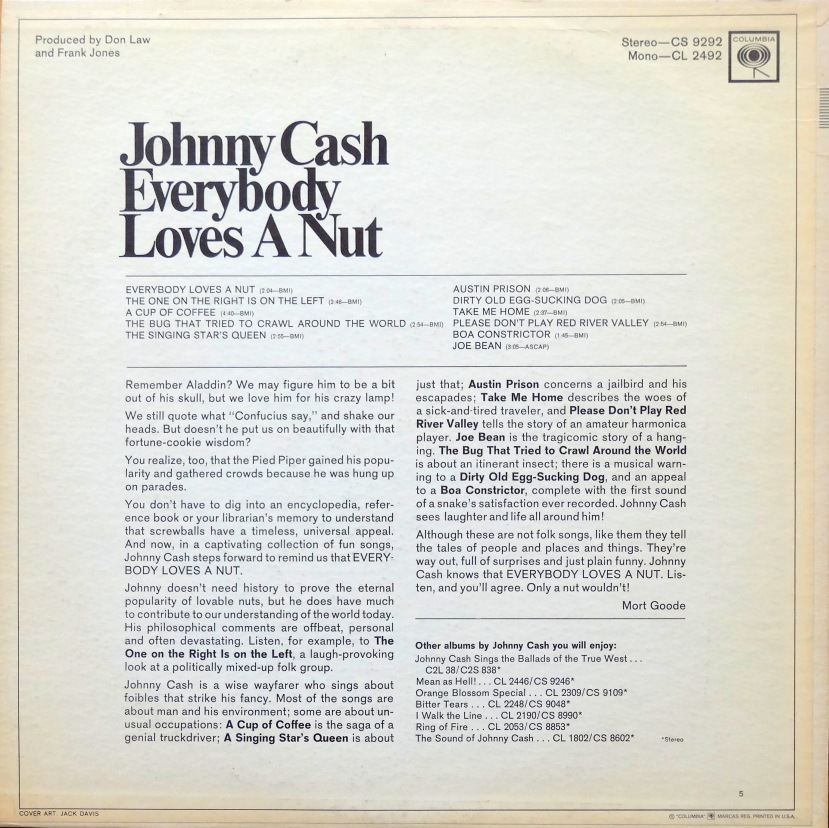