From The Stacks: The Rolling Stones, ‘Love You Live Los Angeles’ (Bootleg)

I own a lot of bootlegs, but only a couple from shows that I attended.

The other one? You’re looking at it, but it’s not exactly a show I attended. On October 18, 1989, the Rolling Stones kicked off a four night stand at the L.A. Coliseum. The big buzz around town wasn’t the Stones but rather their opening act, Guns N’ Roses, who famously broke up on stage the first night due to “some people dancing with Mr. Brownstone” according to lead singer Axl Rose.

I missed all of that, but I had tickets for the next night–front row tickets at that. Would the Gunners show up? They did, and they kicked ass.

The funny thing about the Stones’ set is that the only song I remember them playing is “2,000 Light Years From Home.” I remember they were great–that Keef and Ronnie hit all of their drunken, slouchy marks and Mick pranced around with his shirt unbuttoned–I just don’t remember their set.

Fortunately the first night was bootlegged, and since the Stones operate like a well-oiled machine I think it’s safe to say that the setlist probably didn’t vary much from night to night.  So yeah, count it: Here’s one of the few bootlegs I own from a show that I attended. It sounds great, too. If you’re a Rolling Stones fan this is a great one to add to your stacks.

People ask some crazy prices for this one online, but twenty bucks is reasonable, $25 tops. Happy hunting. 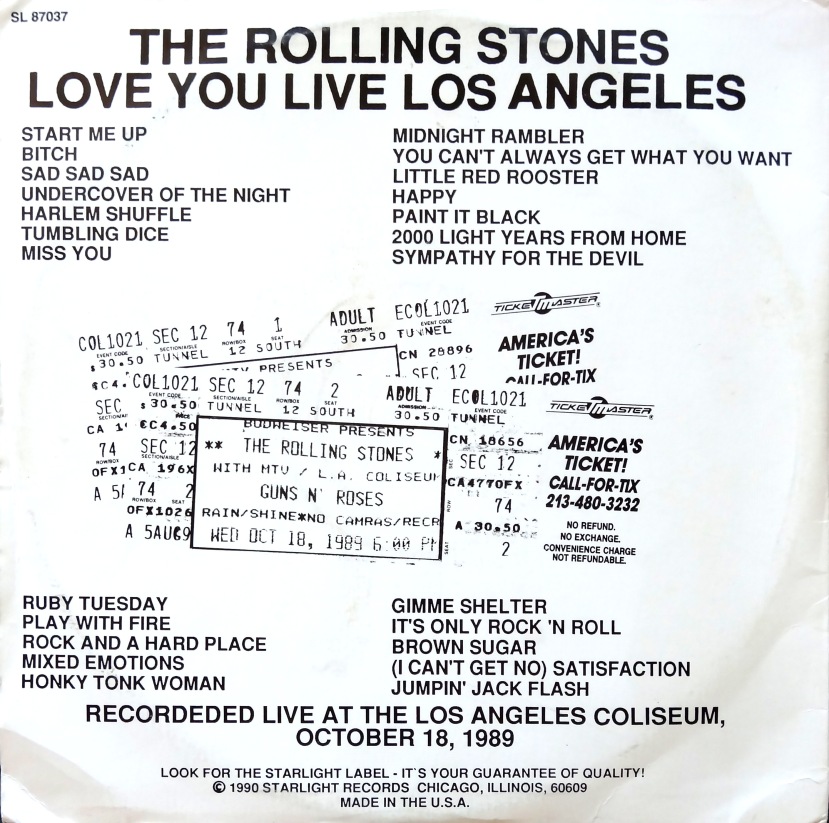