The idea that Janis Joplin needed promotion is kind of a mind blower 50 years later, but when “Try (Just A Little Bit Harder)” was released in 1970 it didn’t even chart. Not even her classic appearance on the Dick Cavett Show could push the single into the Top 100.

I like Janis, but what I really love about these records is that Columbia promo label. Man, they weren’t taking any chances on disc jockeys missing which was the A-side of “Try,” were they? As for “Me and Bobby McGee,” note that DJ’s got both mono and stereo mixes, and the six second intro is clearly marked in case they wanted to cue up right on Janis’s first line. 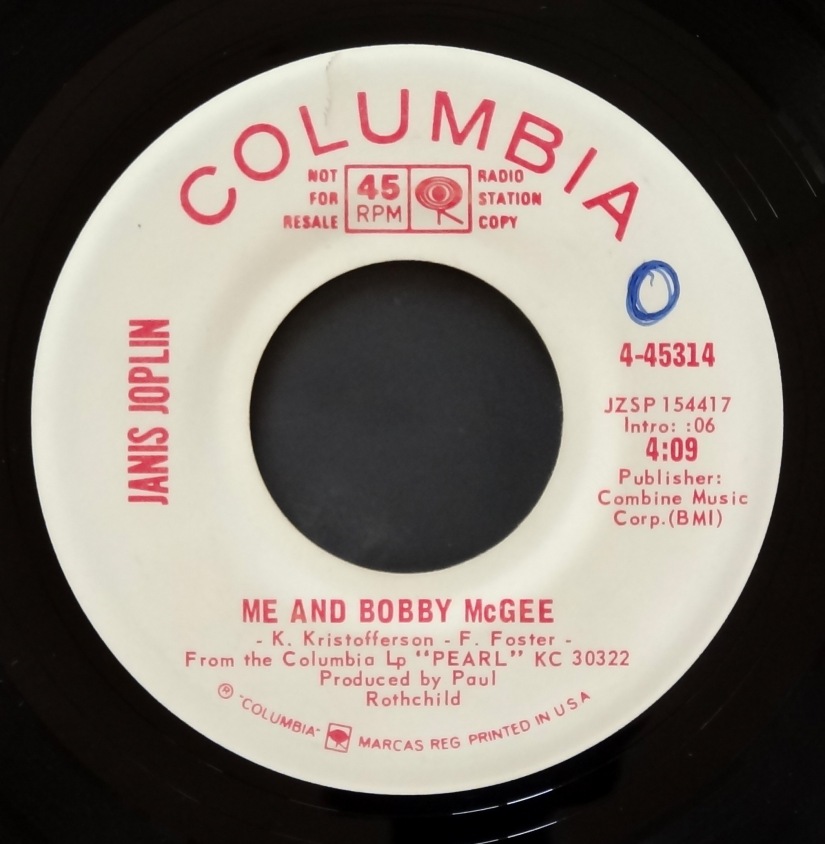