Celebrities Do Bad Things, Too 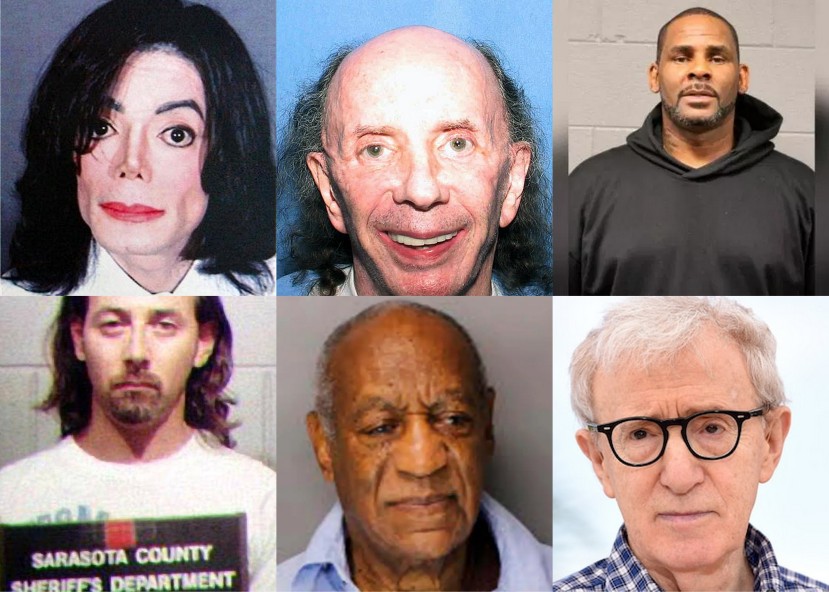 I made the mistake last week of watching Leaving Neverland, the HBO documentary featuring two survivors of Michael Jackson’s alleged sexual abuse. I didn’t plan on watching it; rather, I happened to see it was on and told myself I’d watch a couple of minutes just to be in the know. Four hours later, Leaving Neverland spit me out the other end feeling sad and dirty.

Did Michael do it? I don’t know, but if not the two young men featured in the film are the greatest actors of their generation. That’s possible, of course, but it’s about as likely as a grown man who habitually invites little boys for sleepovers never molesting them.

Granted, mine is a jury of public opinion rather than a court of law, but all of the sexual allegations against Jackson that have been made over the last 25 years ring true to me. Imagine Michael Jackson as your not-at-all famous neighbor. Name him Chuck, stick him in a split-level ranch home, and put a Chrysler in his driveway. You might find Chuck a likeable and creative guy, and you might enjoy his eccentricity. Chuck is a great dancer. You may even think it’s cool that Chuck owns a pet monkey, but would you send your seven year-old son over to his house for a sleepover? No, you wouldn’t. Chuck isn’t famous.

Fame is the greasy axle around which this sordid wheel of Michael misfortune turns. Fame is what provided Jackson access to his alleged victims. Fame disrupted the parents’ judgement. Assuming that Jackson was guilty, fame (and money) enabled him to get away with his crimes for at least 20 years, and even then the only thing that stopped him was death.

Yes, and it’s fame that even in this Me Too moment prevents some people from believing Jackson’s accusers. I’m not talking about the Jackson family, who benefit financially from perpetuating his Peter Pan/King of Pop image. The singer’s estate reportedly earned $825 million in 2016. Of course they are going to deny any allegations that threaten their revenue stream, and on an individual basis each family member might truly believe that Michael was innocent. I know that I would have a hard time accepting that a member of my family committed such atrocities.

It’s the fans who are blinded by Jackson’s celebrity. Those are the people who blow my mind–the folks who would never entrust their own kids to Chuck, the monkey-loving neighbor, yet passionately defend a total-yet-famous stranger who has repeatedly and consistently been accused of the same crime.

We see this behavior over and over. It’s like a stinky mud puddle of celebrity-fueled denial that we can’t seem to avoid. When one woman accused Bill Cosby of rape, we dismissed her as a money grubber. We did the same to the next, and then another, and another. Ten accusers weren’t enough for most people: Look at them up there, trying to tear down America’s dad! And for what, a few bucks?! Fifteen accusers, then 20, 30, 40. By the time it was all over 60 victims came forward with accusations against Cosby.

I don’t know anyone who maintains Cosby’s innocence at this point. Sixty victims seems to be enough to shed our celebrity blinders. That’s an awfully sad statement.

In all fairness, it wasn’t just Cosby’s celebrity that blinded the public but his image. This is Cliff Huxtable we’re talking about, after all. Fat Albert. The Jell-O guy. Look at that smile! Look at those sweaters! He’d never hurt anybody! So it goes with Michael Jackson, the ageless pixie trapped in a childhood he never had. He loves all the world’s children! He’s one of them!

Brand identity seems to be a key component in our willingness to overlook celebrity crimes and misdemeanors. Neither Kevin Spacey nor Louis C.K. cultivated the kinds of good guy images that would have allowed their fans the comfort of plausible deniability. We had no reason to believe that they wouldn’t do such things, so we pretty much accepted without hesitation that they were guilty of their dirty deeds.

Where this “image” line of reasoning becomes problematic is when the celebrity brand is misbehavior. Being a rock star, particularly during the ’70s and ’80s, meant piling on as much debauchery as possible: more sex, more drugs, more groupies, and no band typified that lifestyle better than Led Zeppelin. While I’ve never been a fan of Michael Jackson I’m a long time fan of Led Zeppelin, and for as long as I’ve been a fan rumors of underage girls, not to mention mud sharks (look it up), have plagued the band.

Why don’t those rumors bother me as much as the Michael Jackson allegations? Well, they do if I actually think about them, but where Jackson fans throw up their “he loved children” defense, my unconscious go-to move with the mighty Zep is, “Hey, it was a different time. That was just a part of rock star culture back then.” In order to avoid that mud puddle, I have to consciously step around it. I have to remind myself that just because I’m a fan of the band doesn’t make their offstage behavior okay.

Once I’ve accepted that Led Zeppelin’s abuse of underage girls most likely happened, what becomes of their music? Does “The Rain Song” suddenly cease to be amazing? Of course not. I have to decide whether I’m willing to separate the art from the artist. I have to accept that people who make amazing things can also do some pretty cruddy stuff.

Sometimes I can separate the art from the artist and sometimes I can’t. I still enjoy Woody Allen and Roman Polanski movies, for example, but I don’t think I could stomach listening to a Bill Cosby record (and I loved Bill Cosby records). Pee Wee’s Big Adult Store Adventure didn’t bother me in the least, but I don’t see me ordering up a Louis C.K. special any time in the future. Phil Spector records remain brilliant, but I’ll never be able to watch Kevin Spacey in American Beauty again. I obviously have some kind of mental calculus going on that concludes that in this case the art and the artist are inseparable, but in that case they are not.

Regardless, I think I’m pretty good about separating the crime from the celebrity, and that’s what I would encourage Michael Jackson fans to try to do. Whether he was a great singer and dancer has no bearing on his alleged crimes. That’s just silly. And as for those crimes: I don’t know that he did what he is accused of doing, but you don’t know that he didn’t, and isn’t that the whole point of this historical moment that we’re in? Set the fame aside and at least listen to his accusers, and if after you’re done you want to go throw on Thriller feel free.

But if you’re sick to your stomach after Leaving Neverland and hope to never hear another Michael Jackson record as long as you live, that’s okay, too. You can toss them into my Cosby pile and we’ll drive them over to Goodwill together. Just leave my Led Zeppelin records alone.