I have a confession to make: I was never a Dr. Demento listener. I had friends who were loyal listeners of the good doctor’s radio show, but novelty songs weren’t really my scene. The problem with novelty songs is that the novelty eventually wears off, so if there isn’t a good song lurking beneath the goofy joke what you’re left with is just an irritant. How many times can you listen to “Monster Mash,” for example?

That being said, Dr. Demento did much for the careers of Weird Al Yankovic, whose “My Bologna” appears on this collection, and Barnes and Barnes, who are best known for “Fish Heads,” which is not.

So if I’m not a Dr. Demento or novelty song fan, what is this doing in my stacks? Well, I am a big fan of early Rhino albums, and with catalog number RNLP-010 they only come nine albums earlier than this one. The mighty Rhino empire was pretty much built on novelty records, so there you go. 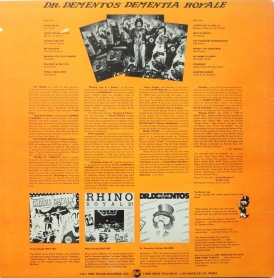 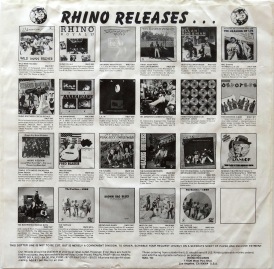 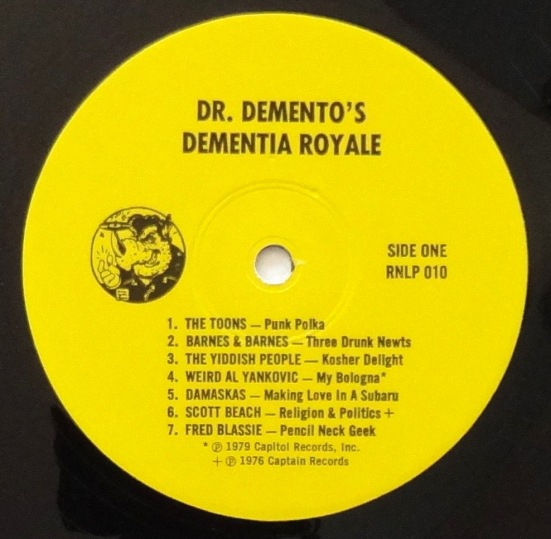