So you dig British Invasion music, but you’ve had enough Beatles, Stones, and Kinks for a little while. You need a little Dave Dee, Dozy, Beaky, Mick and Tich.

Anyway, “Hideaway” was a top 10 hit in the UK but failed to chart in the United States. Perhaps by 1966 our starting British Invasion lineup was set in stone, or maybe American audiences didn’t know what to do with such a long band name. Regardless, the song is pretty cool:

A French pressing of “Hideaway” like mine only costs around five bucks, so pick up a copy and enjoy a little British Invasion goodness that’s a bit off the beaten path. Happy hunting. 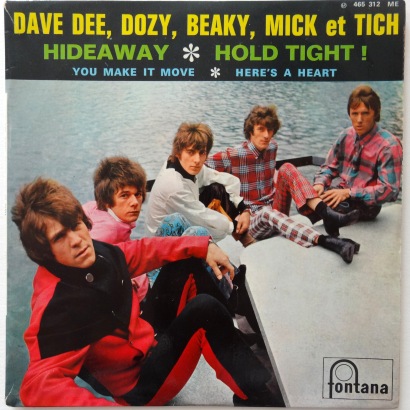 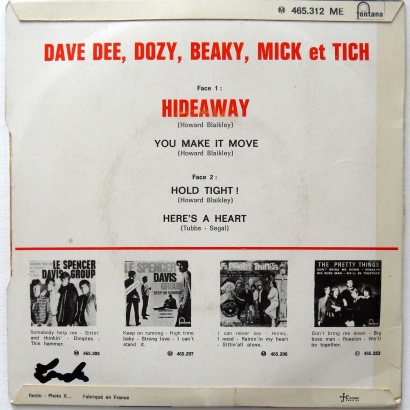