From The Stacks: Sheila E., ‘The Glamorous Life’ (With Promotional Material)

Never mind the Jacksons. If you want to collect a musical family go with the Escovedos.

You’ll get punk, cowpunk and indie from Arturo (The Nuns, Rank and File), disco-pop from Coke, and Latin jazz from Pete. And then there’s the most famous Escovedo of them all: Pete’s daughter Sheila, or as you know her Sheila E.

In the early to mid ’80s, Prince’s studio was the musical equivalent of Warhol’s Factory, churning out stars both real and imaginary. The Time–those guys were stars, but Apollonia? Fifteen minutes of fame and out. Jesse Johnson, Dez Dickerson, the Family, Vanity 6, Andre Cymone, Jimmy Jam and Terry Lewis, Wendy and Lisa: The number of artists that passed through the Prince camp is astounding.

But Sheila E. was the real deal–musician first, lace gloves second. The Glamourous Life wasn’t Escovedo’s first appearance on vinyl, but it is the debut of “Sheila E.” And what a debut: The album went gold and spawned a top 10 single with its title track.

A gold album means that at least 500,000 copies are floating around, which makes The Glamorous Life a pretty common record. You can find a clean copy in the 3-5 dollar range, but what makes my promotional copy special is the enclosed media sheet. That has to be worth another 5-10 bucks, right? Happy hunting. 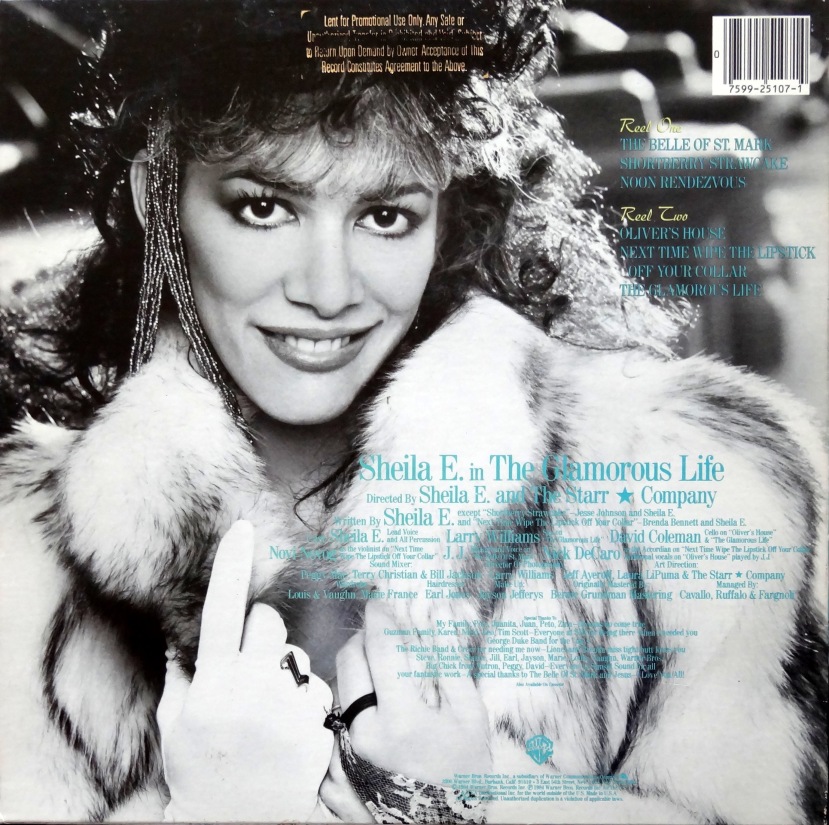 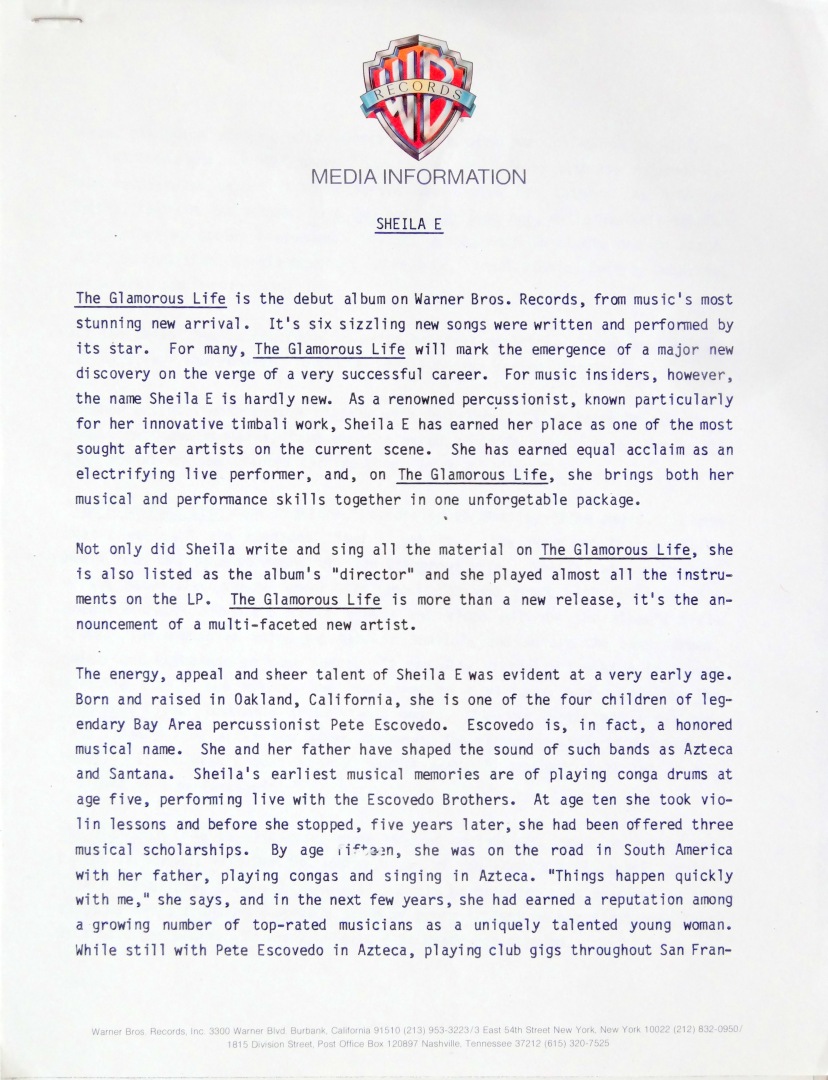