From The Stacks: Tony Bennett, ‘Tony Sings the Great Hits of Today!’ 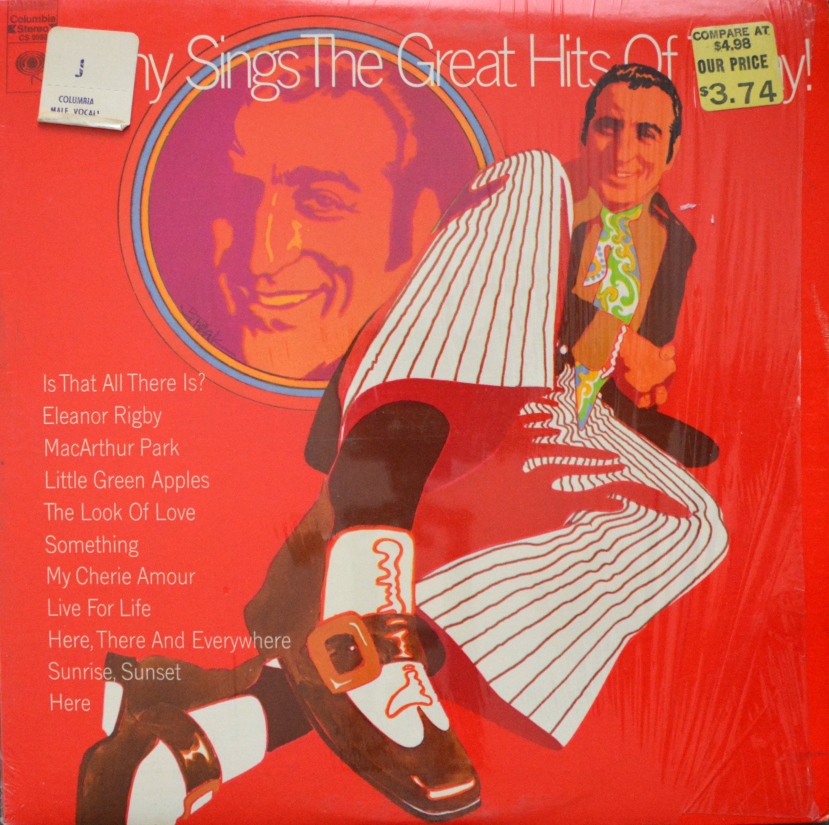 You are looking at the most reviled record in the Tony Bennett discography, and that’s saying something. That’s not a criticism of Bennett, by the way, but rather a testament to the size of his discography: Including compilations the crooner has released just about 100 albums during his nearly 70 year-long career.

That career began in 1951 when “Because of You,” the 25 year-old singer’s first record, went all the way to number one. Eleven years passed before he released his signature song, “I Left My Heart In San Francisco,” but during that decade Bennett was a regular on the charts. He had two more top 20 hits in ’63, and then things sort of fell apart when Beatlemania and the ensuing British Invasion dramatically changed the pop music landscape. By the end of the sixties, Bennett and the rest of the crooners were irrelevant dinosaurs.

Imagine that–washed up at 43. That’s mind boggling in a music universe where the Stones are still packing stadiums in their seventies, but in ’69 Bennett was ancient at 43 years old.  So what’s an old crooner to do? Pose for a pop art album cover and sing the great hits of today, of course.

Apparently Bennett hated the idea so much that he vomited during the recording sessions. He claimed he had no feel for the material, and upon the album’s release both the critics and the public agreed. The album sunk without a trace, and it remained out of print for decades, his take on popular songs like “MacArthur Park” deemed an embarrassment.

But I genuinely love this album.  Hearing songs like “My Cherie Amour” interpreted by a crooner elevates the material. They’re all great songs as performed by their original artists, of course, but when you hear them Bennett-ized it’s easy to see that the youth revolution of the ’60s was more a matter of style than substance, at least as far as pop music songwriting goes.

Is this essential Tony Bennett? No, but it’s fascinating Tony Bennett, and you can pick up a copy for just a buck or two. If you aren’t a vinyl fan, this one was reissued on CD a couple of years back, and you can stream it, too. Happy hunting. 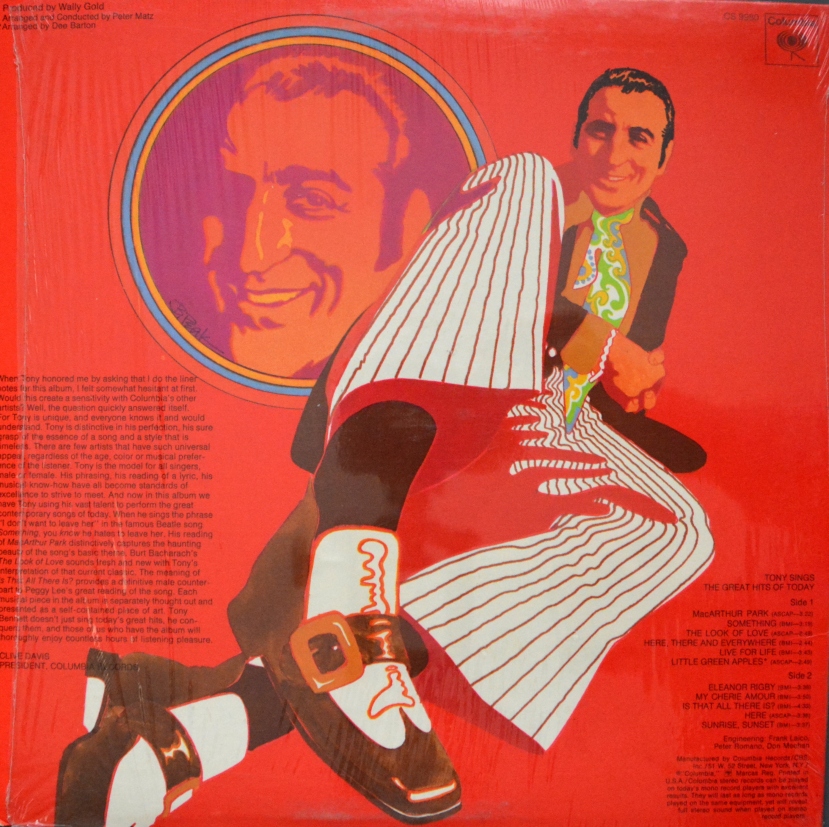