Notes On Becoming An Old Guy 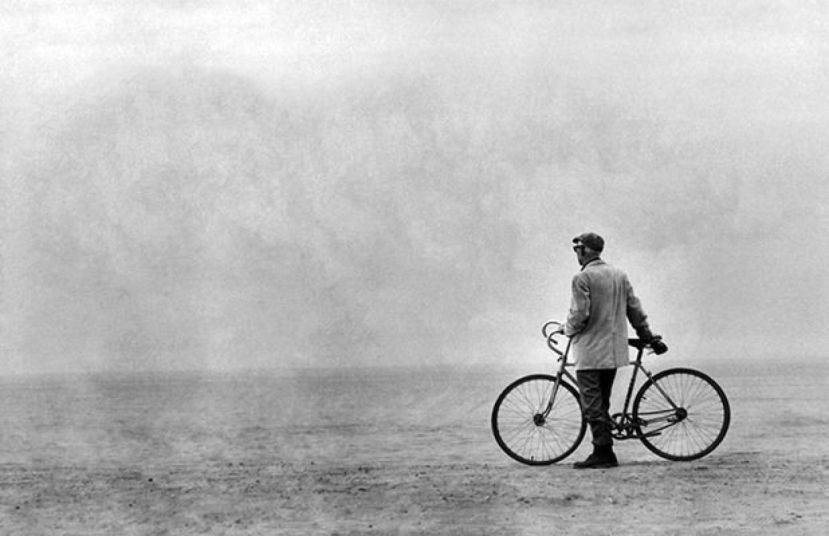 Lately I’ve been thinking about what kind of an old man I want to be. This is a luxury not afforded to other periods of life. Childhood begins unconsciously and passes without much introspection (or too much, perhaps, in my case). Young adulthood is a blur of adaptation: One day you’re a child, the next you are scrambling to navigate the grown-up world. Then there’s middle age, when many of us put our own identities on ice while we play the roles of parents and providers. But old age, that’s an opportunity. I can see it coming, so I should be able to make some deliberate choices about what kind of an old guy I want to be.

I know I don’t want to be Dirty Old Guy. Just the idea of making some young woman uncomfortable with my leering and propositions makes me feel terrible, never mind actually committing such an act. I remember reading years ago about Pete Townshend making drunken passes at young women in an L.A. club. The women told the gossip columnist about Pete’s old man breath, bald head, how out of place he was in said club. The story may have been rumor–I heard a very similar story about Bruce Willis around the same time–but that’s not the point. I was embarrassed for both of these dirty old men who couldn’t act their ages, and they were only in their forties at the time.

This isn’t to say that I want to be Celibate Old Guy, by the way. Consensual shenanigans with a dirty old woman sound wrinkly but fun. Watch that fragile hip!

Old men chasing young women just look like emotionally stunted old men, which brings me to the next thing I don’t want to be: an old man trying to look young. It’s not that I want to be bald, gray, crepe-skinned, and paunchy, but rather that the alternatives are so distasteful. The list of formerly attractive celebrities who have stretched their faces into Halloween lizard masks extends farther than the trail of rock star wigs laid end to end. None of them look younger–they just look like old people in denial.

That goes for wardrobes, too. I don’t want to be an old man in trendy clothing. That never ends well, though sometimes I fantasize about being Old Guy In Suit and Bow Tie. He always seems like such a nice dude, but on me that would just be an affectation.

I don’t think I want to be Bucket List Old Guy. Bucket lists seem like the kinds of artificial constructs that only exist in consumer cultures: “Acquire these things and experiences or you haven’t lived a full life, brought to you by Red Bull®.” Besides, waiting until the end to do the things you want to do seems unfortunate. Life should unwind at whatever pace it chooses, not bunch up around the finish line.

That being said, my punch card is far from complete. If on my deathbed I say, “I never completed a novel,” then I will die unsatisfied.

Hopefully I’ll have plenty of time as an old man, and as a non-bucket list type the potential to waste it will be tremendous. As much as I like vintage and custom cars, I don’t see myself as Car Old Guy. That’s just too cliche for an elderly white man. I can imagine having some cool old car, I just can’t picture myself as Car Old Guy. That involves clubs and jackets, car shows and conversations about boring minutiae.

Nor do I see myself as, say, Old R/C Guy, though I can picture my arthritic hands assembling a model airplane. Building models brought me great pleasure as a kid–as did assembling jigsaw puzzles, which is just a two dimensional variation on the same theme. I can see me returning to such pastimes, but becoming an old fart who joins the local R/C club, attends events, and writes for the newsletter? No thanks.

I won’t be joining any leagues, fraternal orders, or organizations. I was not a joiner as a young man and I don’t see that changing as an old man, which is not to suggest that I don’t want to belong. I just don’t want to join anything. I can see myself as Old Diner Guy, that fossil you see every time you visit your local restaurant–the old guy who knows the entire staff and gets a free piece of pie now and then. Frankly, I’m already Diner Guy. I’m writing this from a diner booth I’ve occupied for the last 2.5 hours. My waitress, with whom I’m on a first name basis, will be taking her grandkids to the state fair next week. She didn’t get any photos when they visited on the fourth of July. I like diners. That’s where I belong. They’re clubhouses with pie.

A record store would make another great clubhouse. I have no problem seeing myself as Old Record Store Guy, sitting behind my counter and blathering about Virgin-era Tangerine Dream or the merits of King Crimson’s ’80s lineup. Of course, that fantasy depends upon: A) Selling enough records to break even, and B) Only dealing with the customers I want in my clubhouse.

Besides, I kind of see myself as Travel Old Guy, and a hobby business would pin me down. I don’t think I’d be World Travel Old Guy, though I’d like to see many of those places. International travel requires an awful lot of carbon footprint, and on top of that I think I’d feel weighed down by the responsibility to represent my country well. In my Travel Old Guy fantasy I walk, bicycle, and drive my fuel efficient Scooby-Doo van around the country, stopping when and where I feel like it, destination nowhere and everywhere. Maybe I’ll even pack my unfinished novel and my model airplane.

As Travel Old Guy I’m unlikely to also be Volunteer Old Guy. No manning the polling place for me. I probably wouldn’t be Volunteer Old Guy anyway. At least in the organized sense of the word, volunteering feels a lot like joining and we’ve already covered that.

Gardening Old Guy is out.

I don’t want to be Chronically Ill Old Guy. While I’m sure nobody wants that, some old guys seem to adopt it as an identity. They talk about their health constantly–their pills and appointments and bionic joints. Decline happens, I just don’t want to become my decline.

Nor do I want to be Old Guy Who Refuses To Die. This is easy to say while I’m still relatively young and healthy, but dying is not only inevitable but something of a moral imperative. Hopefully I’ll be able to accept when it’s my time to make room for someone else.

Most of all I don’t want to be Fearful Old Guy, Angry Old Guy, or Fearful Angry Old Guy. I imagine the world gets more terrifying as we become weaker both in mind and body, but I hope I don’t cave into the impulse to view humanity as a bunch of predators who are out to get me.

I guess what it comes down to is that the kind of old man I want to be is essentially myself but more considerate, thoughtful, and deliberate. I want to be the kind of old guy that if younger people think about him at all they think of him kindly. “James, the old guy who used to sit in the back booth and read and write? I didn’t even know he was sick. Just last week he was telling me about his plans for a road trip through the Northeast. That’s the way to do it, I guess. Just live your life until the very end. I’m glad I got to give him one last slice of free pie.”