From The Stacks: David Bowie, ‘Heroes’ (8-Track and Cassette) 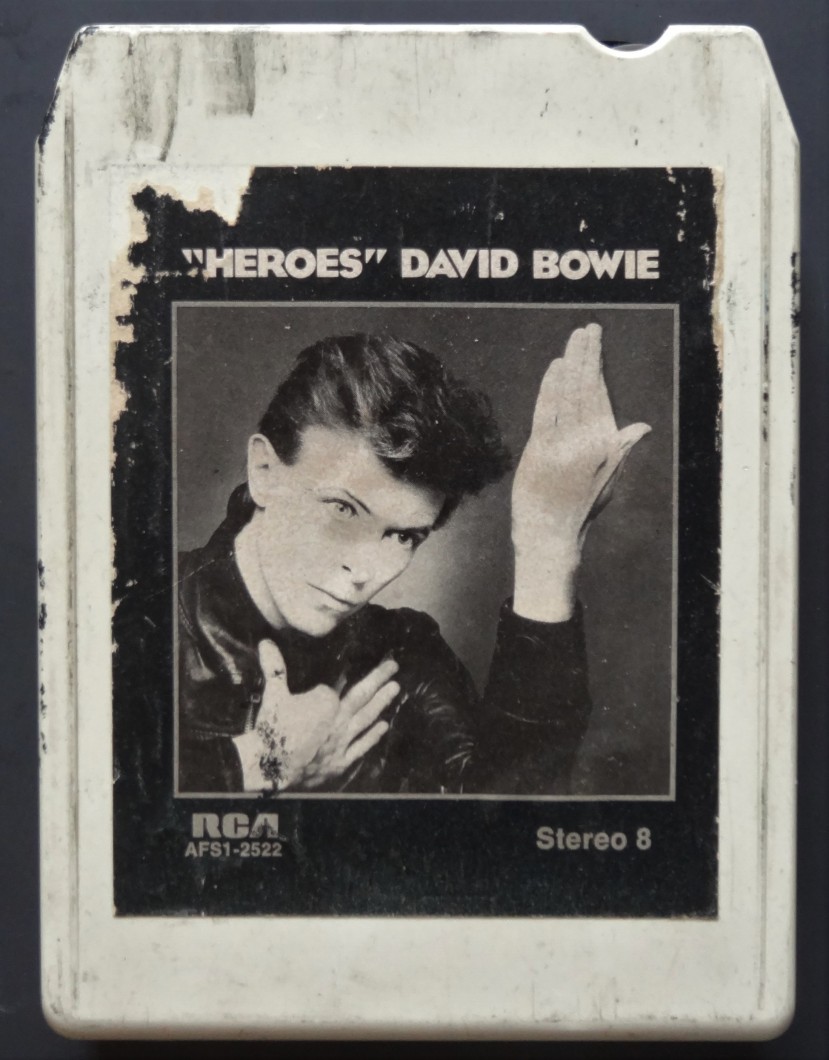 Heroes was the first Bowie album I purchased, and 40 years later it remains one of my favorites. I have a couple of copies on vinyl. I have several different pressings on CD. I even have a copy in a somewhat hard to find French box set.

Yes, and I even own 8-track and cassette copies. The only formats of Heroes that I don’t own are reel-to-reel, because I haven’t found one, and download, because I refuse to pay to own nothing.

Why do I need so many copies? I don’t. “Need” has very little to do with collecting, and I guess one of these days I’m going to have to let all of this junk go. I can’t take it with me, after all, unless I have a Sparkomatic 8-track deck installed in my casket.

Anyway, you can expect to pay maybe 2-3 dollars for a Heroes 8-track in cruddy condition like mine, and 5-10 bucks for the cassette. Happy hunting. 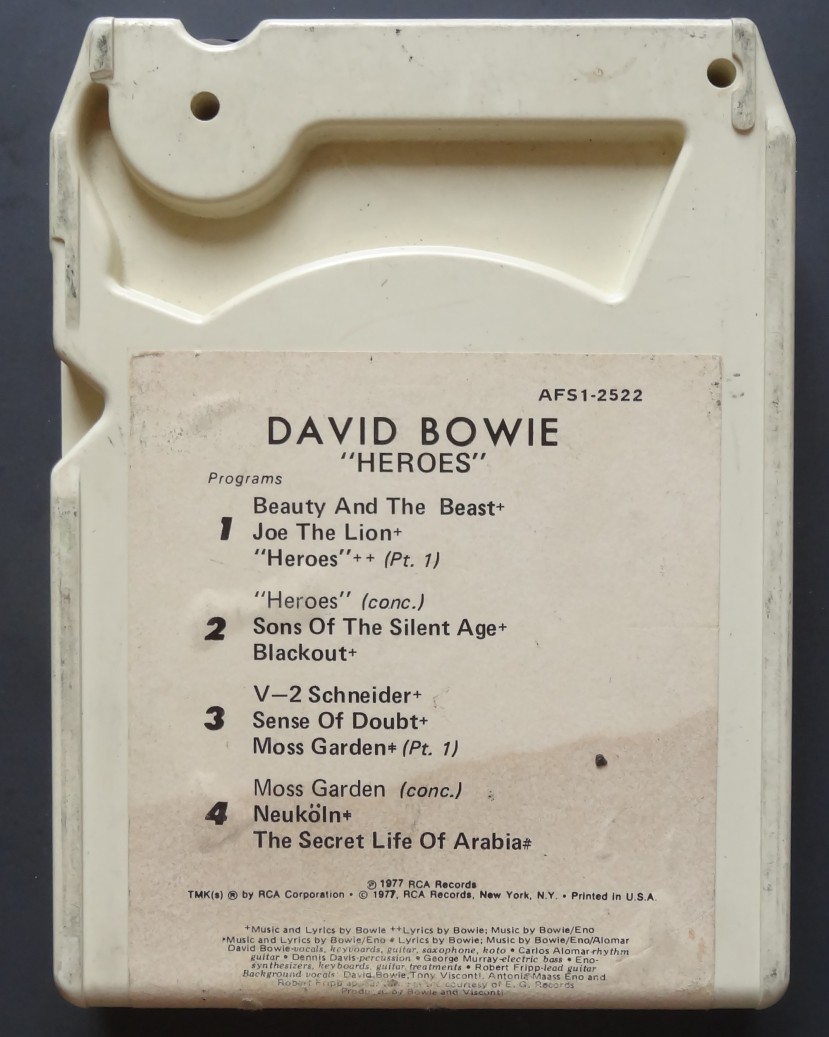 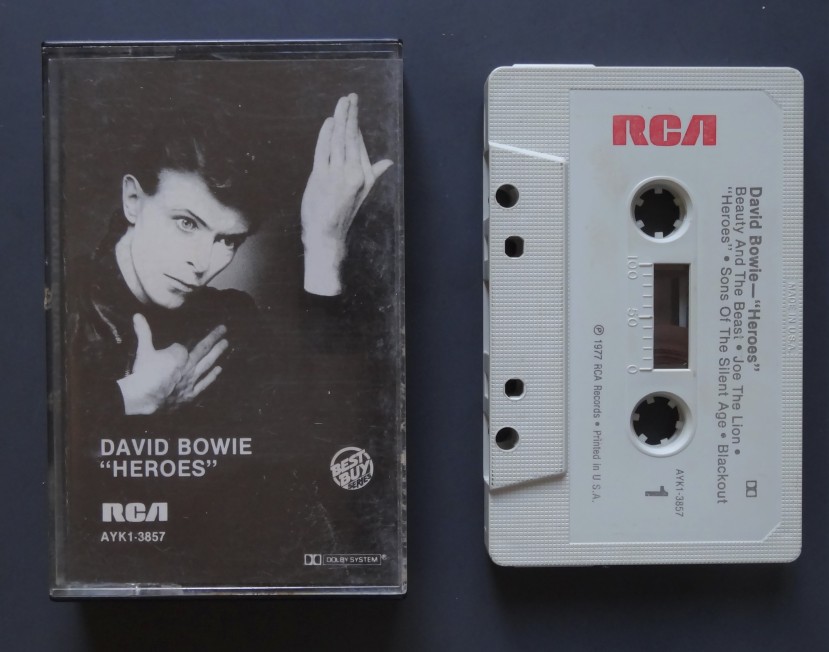 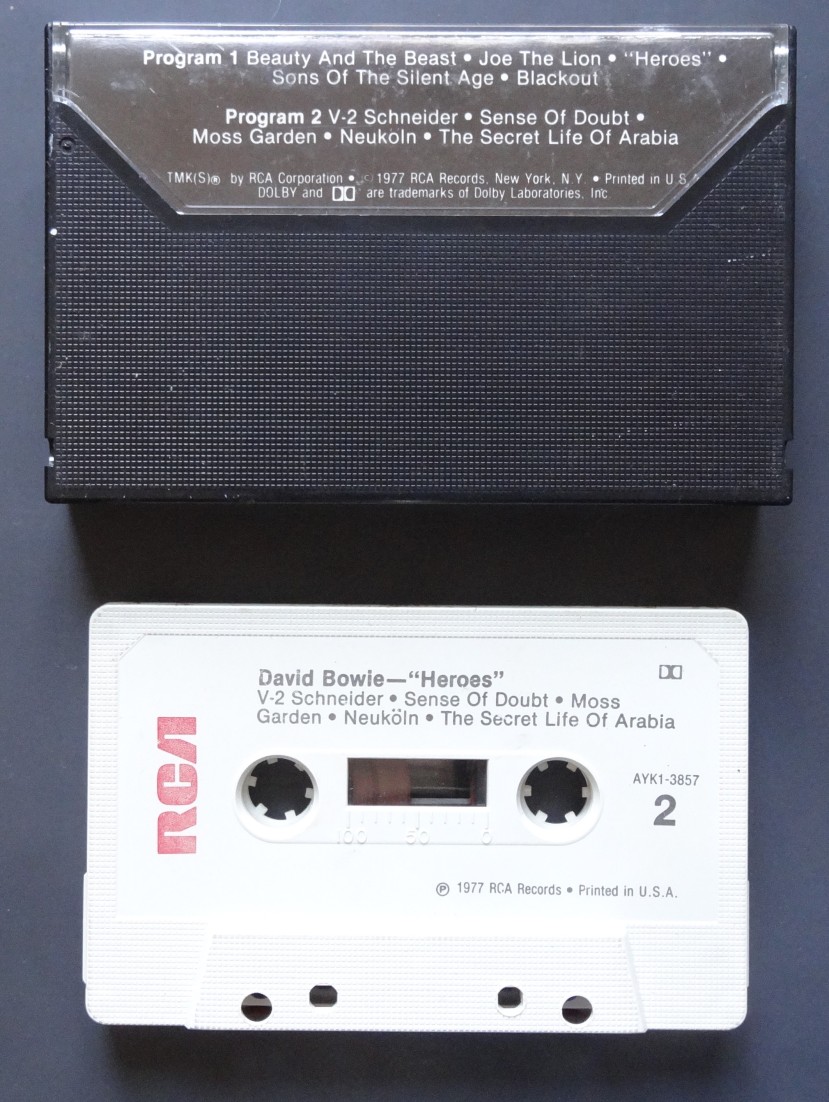