From The Stacks: Malvina Reynolds, ‘Malvina’ 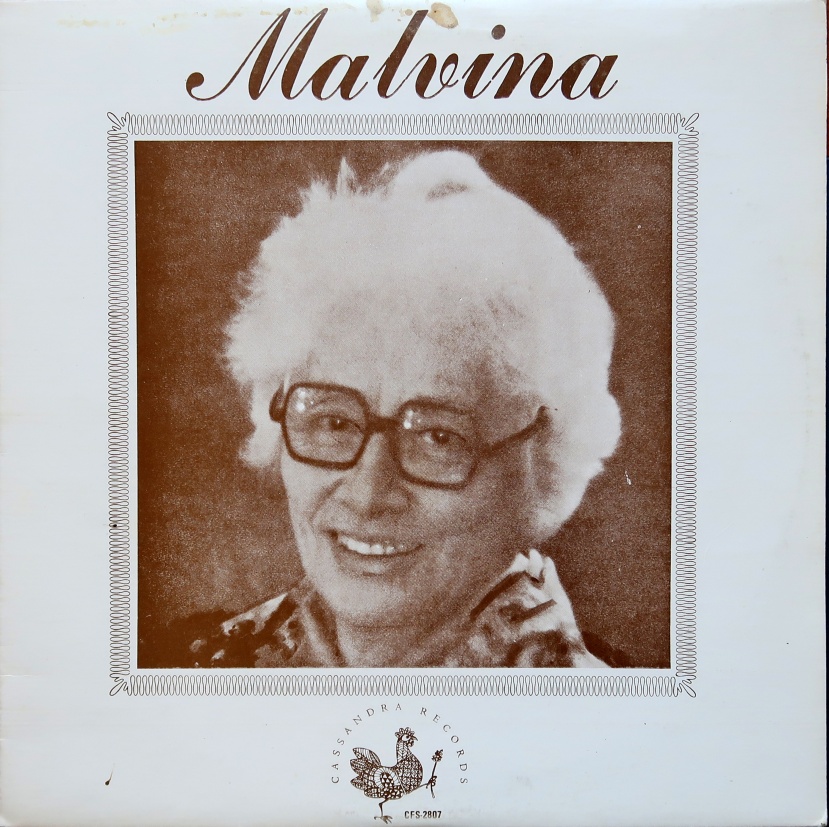 Malvina Reynolds is one of those inspirational figures to those who feel they’re too old for new beginnings. She was 39 when she earned her doctorate from UC Berkeley, but it was her return to Berkeley in the early fifties where our story picks up. This is when Reynolds started taking music theory classes, inspired by friends she had made in the folk music scene, including Pete Seeger.

Malvina was born in 1900, so that puts her in her early fifties when she went back to school to kick off her music career. Fast forward another ten years to 1962, and her buddy Pete Seeger had a hit with what has become Malvina’s most famous song, “Little Boxes.”

And you thought that was just the theme song to Weeds, didn’t you?

Reynolds was an activist, too, and well into her seventies she was writing songs and occasionally performing on Sesame Street.

So I guess the question is this: If Malvina could get it in gear in her fifties, what’s stopping you and me?

The eponymous Malvina is a treasure of a folk album, and at an average selling price around five bucks it’s a steal, too. Happy hunting. 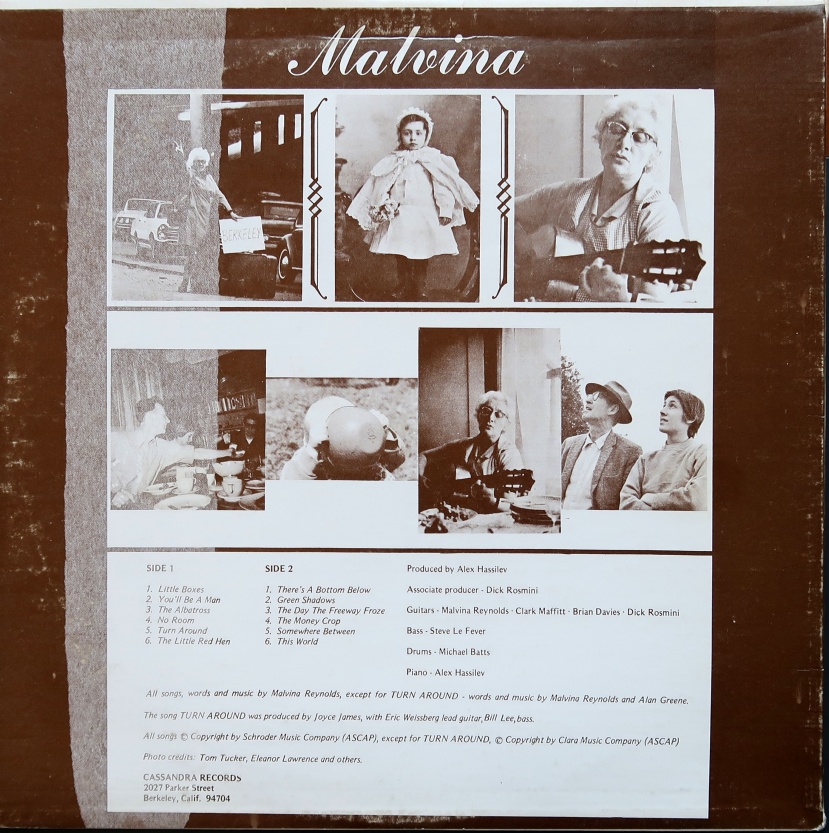