The Rock and Roll Hall of Fame 2020 nominees were announced this week, and as always the list included a few surprises.

Among them was Rufus featuring Chaka Khan, one of the great funk/R&B bands of the ’70s. Over the course of a decade the band racked up 10 top 40 singles and a half dozen gold and platinum albums. That run of hits started with the Stevie Wonder-penned “Tell Me Something Good” in 1974 and ended with 1983’s “Ain’t Nobody,” both of which remain in regular rotation. The following year, Chaka’s solo career kicked into high gear with Prince’s “I Feel For You,” featuring the aforementioned Stevie on harmonica.

Rufus featuring Chaka Khan was the band’s fourth album in two years, and the third to go gold. The album’s lead single, “Sweet Thing,” went to number 5 in the U.S., and was a hit again in 1992 when Mary J. Blige released a cover version.

The band’s cover of the Bee Gees’ “Jive Talkin'” was also released as a single, and although it didn’t make the Hot 100 (it charted on the R&B charts) Rufus’s version is built on a slinky groove that holds up better than the brothers Gibb’s original.

I dig most of Rufus’s discography, but this particular album features good music, a great album cover, and a Record Bar price sticker. I’m a sucker for albums bearing price stickers from long lost record stores, especially ones from stores where I worked. Call me Mr. Sentimental.

This is a five dollar album, but don’t be surprised to find a copy in the dollar bins. Happy hunting. 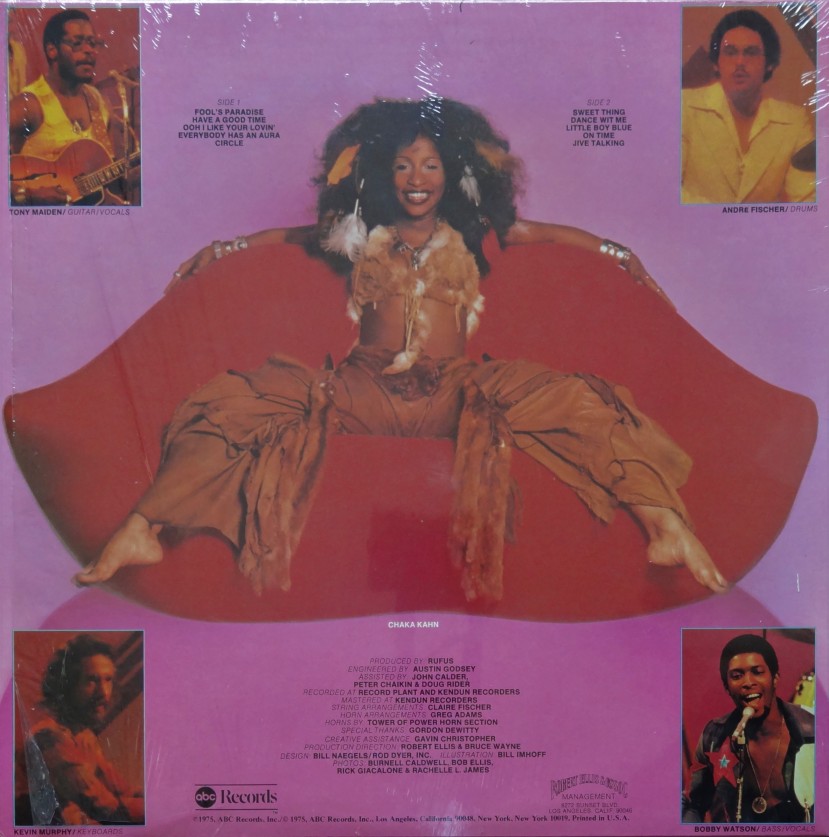