Frank Zappa fandom is a lonely thing, and for good reason. The Zappa catalog covers a tremendous amount of territory, from recordings of people talking to tinny-sounding Synclavier records to doo-wop to full blown orchestral works. Yes, there are some real duds in there, but when Zappa was good he was very good.

And he was never better–or at least more accessible–than on 1974’s Apostrophe (‘). This was Zappa’s first and only top ten record, which is no surprise given the material. Frank’s humor is on display from lead track “Don’t Eat the Yellow Snow” through album closer “Stink-Foot,” but the songs themselves are easy to grasp, hook-filled rock and roll. The title track alone belongs in the hippie jam hall of fame.

I raised my kids on this record, and as young adults they can still recite “St. Alfonzo’s Pancake Breakfast” from memory. It’s enough to bring a guy to tears.

Obviously 8-track isn’t the best way to listen to Apostrophe (‘), or any other album for that matter, but how cool does that big clunky cartridge look sitting on my shelf? That wasn’t really a question: It looks very cool.

Both stereo and quadraphonic versions of this 8-track were released. Expect to pay 10 bucks for a stereo version and 25 for a quad. Happy hunting. 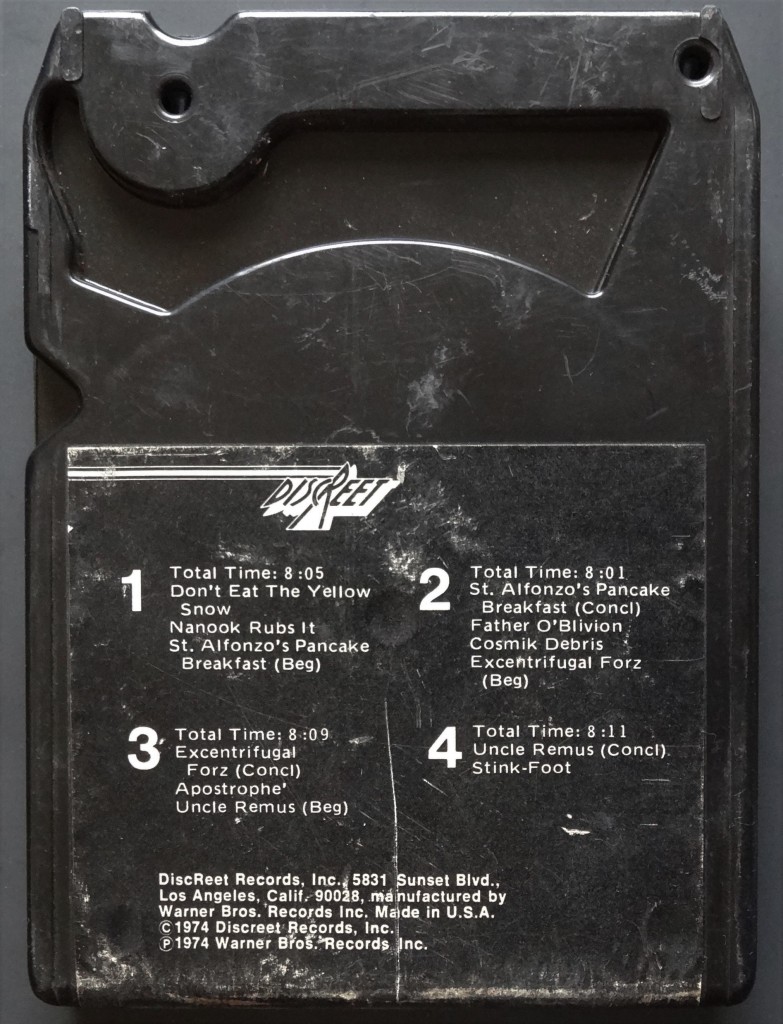