How To Stay Young (or How To Grow Old) 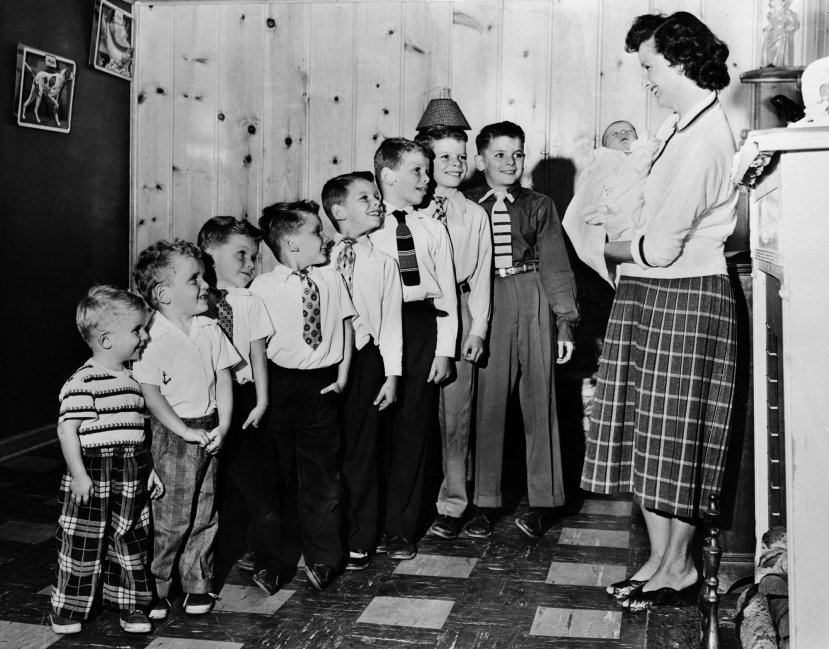 Last week I read Anne Tyler’s Breathing Lessons, published in 1988 and set just a few years prior to that date. The novel follows a couple in their late forties who are juggling various life events typical of parents of that vintage: a funeral for a friend, a daughter heading off to college, a dropout son with an illegitimate child, and disappointment both with each other and with how their lives have turned out.

The wife, Maggie, is chatty and meddlesome, a poor driver who can’t keep her pantyhose up and is always on a diet. Ira, her husband, is stoic and logical, his interest in finding the shortest route for a road trip reflected in his leisure reading: a collection of books about sailors who successfully navigated the seas on their own. Ira has a workshop in the basement, Maggie fries chicken for dinner then packs the leftovers for Ira’s lunches.

Thirty years later Maggie and Ira feel like cliches, but when the novel was published they rang true. Breathing Lessons won the Pulitzer Prize in 1989, which by nature of that award means that the novel says something about American life at the time, and the voting committee was right. Both the timeframe and the characters’ ages align to my own parents and those of my friends, so I can say with certainty that Maggie and Ira Moran are fair composites of many of the adults whom I knew during my late teens and early twenties, but by no means all of them. While most of the forty-somethings of my late adolescence seemed like old farts, others were pretty hip.

There was Bob, for example, the neighbor dude who would flash the peace sign when he drove past in his Karman Ghia. For some reason I can’t remember I visited Bob’s house once. Framed protest posters hung from the walls and his ashtrays were filled with roaches. On the turntable some old psychedelic record spun, probably a Dead album. The other grown-ups in the neighborhood considered Bob nothing more than an embarrassing old hippie trying to act young.

Most of the non-Maggies/Iras I knew came courtesy of my record store job. Old people (and 40 was old) didn’t buy music back then, or when they did it was smooth jazz or classical. We kept classical in the “nobody is going to steal this so we don’t have to watch it” area, i.e., the most remote corner of the store, because sensible old Iras don’t steal. Now and then some dude would come in with a story about seeing the Beatles or Jimi, and somehow he didn’t seem as old as the Iras fumbling through the classical or eyeballing the Earl Klugh records. Those guys seemed more like me than my parents.

And then there were the musicians themselves. Jokes about the Stones needing walkers have been floating around for 30 years, yet the Glimmer Twins were still considered cool in their forties while other artists who had the audacity to grow older seemed unbelievably square: Pat Boone, Tony Bennett, the Rat Pack. The only thing that saved Elvis from irreversibly aging out of hipness was his premature death.

I moved to Los Angeles in 1988, the year that Breathing Lessons was published. Suddenly there were no Maggies and Iras among the adults in my life. They were relegated to the Valley, that awful place on the other side of the Hollywood Hills where normal people lived and–gasp–raised families. Maggies and Iras were jokes, with their domestic cars and their domestic concerns. The forty-somethings in my new life were musicians, authors, filmmakers, actors. They had great stories about trying to drive to Woodstock, watching the Watts riots, participating in school protests. (Full disclosure: They also had plenty of vapid stories about how successful they were.) They didn’t seem old is my point, not even the directors I met who were in their fifties or sixties.

These days I’m the old fart, but I don’t feel like an Ira. I know plenty of them–guys who are borderline obsessed with their yards or their careers–but I don’t feel like one of them. I’m not alone. In the decades since Breathing Lessons was published, most adults seem more like Bob the Neighbor than Maggie and Ira. What changed?

When I think back to my peace-loving neighbor, I get the strong sense that the key to that question isn’t so much any one person’s chronological age as it is the social and cultural revolutions of the ’60s and ’70s. If you got on board with the changes that happened you landed in the “young” bucket, and if you didn’t you were sorted into the “old” bucket. Timothy Leary, Ken Kesey, Alan Ginsberg, and Neal Cassady all made the cut, while George Will and William F. Buckley, Jr. did not. And while we’re several decades separated from those social changes, being uptight about sex and drugs still feels “old,” as do some attitudes on topics such as the social safety net, equal rights, and feminism.

If I’m right, this goes a long way toward explaining why Bernie Sanders isn’t too old for millennial voters while Ted Cruz comes off like a cranky old grandpa. (Well, so does Bernie, but you know where I’m going with this.) It explains why Bob Dylan still matters and Wayne Newton doesn’t. It’s not so much that age matters, but rather whether you have adapted to the sociocultural times.

This is bad news for me, as I’m having a terrible time adapting to the age of data, where it’s okay for my television and my speakers to spy on me; where my private information is a publicly traded commodity; where cameras everywhere mean safety rather than Big Brother. I am the Ira of some future novel, the circa 2020 old fart left behind by progress.

And you know what? I’m okay with that. Iras always are.