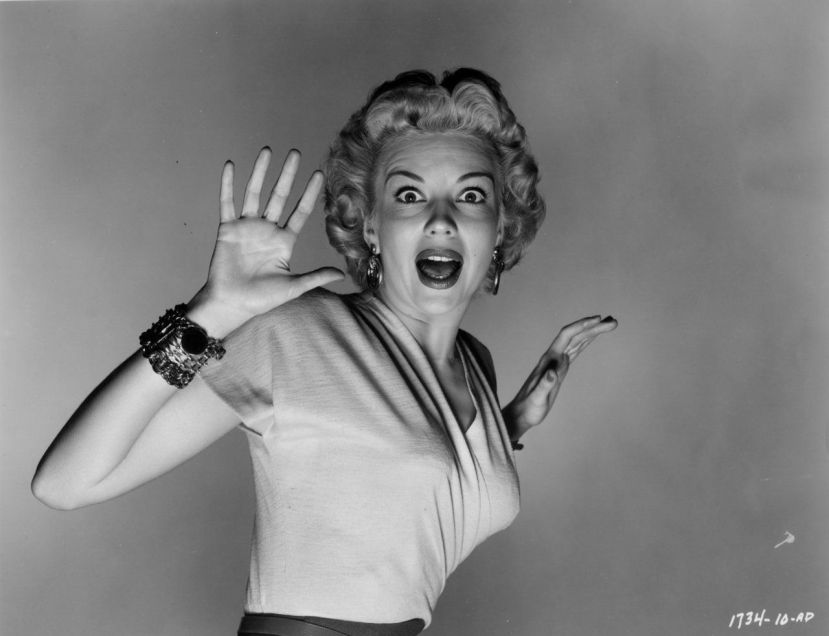 I’m about as close to a news blackout as one can get, yet I cannot escape COVID-19,

Maybe it will turn out to be a big deal like the Spanish flu epidemic of the early twentieth century or the AIDS epidemic of the ’80s, but I doubt it. COVID-19 obviously makes people sick, but the mortality rate per number of reported cases remains awfully low, and most of those who succumbed to the disease were past age 80. At that age a bad cold can take you out.

To date nearly 3,000 people worldwide have died from the coronavirus. Thats less than the number of people worldwide who will be killed today in car accidents. It’s true: You are much more likely to die on your way to Olive Garden than you are to to croak from COVID-19. And here’s the good news: Then you wouldn’t have to eat at Olive Garden.

If you’re panicked about the coronavirus but not a joyride in your Toyota Corona, don’t feel bad. Humans are terrible at assessing all but immediate risk, which is why we reflexively jump when we see a snake that turns out to be a stick but fail to save for our old age. Tell any smoking teenager that they’ll be dead by 60 and you’ll get some variation of, “Who wants to live to 60?” Tell that same kid there’s a spider in his shirt and watch him dance.

The media–both traditonal and social–knows this. Screaming “spider!” brings in the ratings and clicks, while fiscal prudence and moderation put even C-SPAN watchers to sleep. For example, every storm is an -mageddon these days, as in “Tune in for our ’round the clock updates on Snowmageddon!” We don’t have weather anymore, we have pending disasters. Similarly, your Netflix homepage probably displays more true crime documentaries than actual “flix.” There’s good money in keeping us scared.

A few nights ago I left the television on while doing some work. Every time I looked up over the next three hours anchors, experts, and reporters in the field brought me live coverage of the coronavirus. It’s an important story, but that amount of coverage is disproportionate to the fatality risk. During those three hours 411 people died in car crashes. If there were any COVID-19 fatalities during that same timeframe we’re talking single digits.

Never mind auto accidents: Every two days in the United States more people die of heart disease than have died from coronavirus to date, and yet we often treat heart disease like a joke: “If eating one piece of bacon takes 8 minutes off your life, I should die in 1850.” When we’re not joking about our clogged arteries we simply ignore the issue until some know-it-all like a doctor makes mention of it. Those healthy do-gooders are so irritating, with their balanced diets and fit bodies. Eat some cake, you preachy bastards!

Speaking of diet, the National Institutes of Health state that 300,000 U.S. deaths per year are attributable to excessive weight. In other words, every four days we lose a coronavirus-worth of friends and neighbors. Over 70% of Americans are overweight, which means there’s a 7 in 10 chance that you might be one of those 300,000 fatalities this year. On the other hand, COVID-19 has killed one American, so as it stands right now your odds of dying from coronavirus are somewhere around one in 331 million.

Seriously, we’re talking 231,700,000 Americans at risk of dying a delicious doughnut-related death. That simply doesn’t register because it’s a slow death, not a spider in our shirts. No imminent danger means no interest, regardless of whether obesity is a bigger danger numbers-wise. Nobody is going to tune in to watch a grave-faced reporter camped out in front of a Hometown Buffet unless he’s covering Snowmageddon or a mass shooting.

I don’t think we can solely blame either the media or our human wiring for our inability to assess and respond to risk in a realistic manner. I suspect that there’s a third factor that blinds us to the very real hazards of cake, cars, and doughnuts: our Americanism. Ours is a culture of free will, one where I am entitled to do whatever I want provided I don’t encroach upon my neighbors’ rights to do whatever they want. We bristle at any suggestion to the contrary. I know people who refuse to recycle because nobody tells them what to do. I know heart attack survivors who immediately returned to their junk food diets because nobody tells them what to eat. Only an American would die in a steam-powered rocket trying to prove that the Earth is flat because, goddammit, if we want to plunge to our untimely deaths who’s to say we can’t? We can only wonder whether he was wearing a paper mask as a coronavirus barrier when he hit the ground.

It’s not that Americans are contrarians (well, not all of us), but rather that this interpretation of free will is deeply embedded in our culture. “Give me liberty or give me death” applies equally to taxation without representation and unlimited Cheddar Bay biscuits. We refer to any legislation intended to protect us as the meddling of “the nanny state,” but we have our limits. The nanny state better keep its hands off my cigarettes and Big Gulps, regardless of whether smoking and weight remain the country’s top two preventable killers, but what the hell is the government doing about the coronavirus? For God’s sake, a man died! What do we pay you people for, anyway?!

We aren’t scared of dying due to our freedom of choice but we’re terrified of dying from a cause that wasn’t our choosing, regardless of how unlikely that event might be. Every time you take your shoes off in an airport security line, remember that you are being inconvenienced by a single threat that occurred a decade ago–a threat that resulted in no fatalities. “Well that was just the luck of the draw,” you might be thinking. “Just because one shoe bomber failed doesn’t mean the next one won’t.” Over that same decade of airport shoe removal, a quarter million Americans died of alcoholic liver disease. You could fill Yankee Stadium to capacity five times over with the number of Americans who drank themselves to death from 2009 to 2019 but hey, that was their choice. Nobody chooses to be the victim of a shoe bomber.

There’s a caveat here: Many of us are terrified when death from choice catches up with us. That smoking adolescent finds himself at 60 before he knows it, and now lung cancer is no longer an abstract idea but rather an imminent threat. I’m sure there’s the odd alcoholic who says “I had a good run” and dies with no regrets, but the majority of us aren’t ready to pay the big bill when it finally arrives. If we approached long term risk with the same concern that we reserve for the scare-of-the-month news story we’d likely have fewer deathbed regrets–provided our lifelong goals don’t involve steam-powered rockets.

Listen: If wearing a paper mask around the house makes you feel safer, have at it. Freedom of choice, right? But if your concern is really evading death for as long as possible, stop panicking about tainted lettuce and mysterious viruses and let the numbers show you what you really need to worry about. The Centers For Disease Control publish a comprehensive list of causes of death in the United States.

Seriously, there’s no reason to panic about COVID-19 yet. Now take off that silly mask and have some cake. It won’t kill you. Well, not immediately.