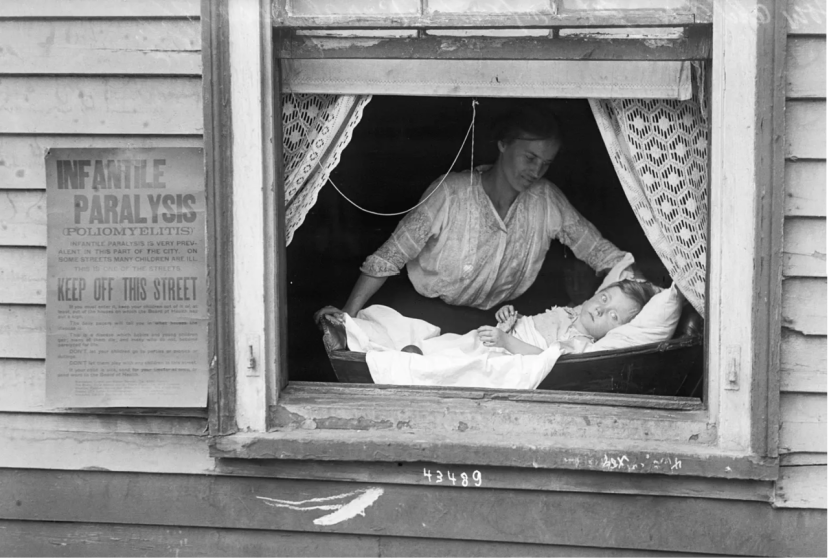 COVID-19 will eventually run its course, either naturally or because we develop a vaccine. When that happens and our fear settles like dust and we emerge bleary eyed from our shelters-in-place, we’re all going to be a little wiser–if we choose to be, that is. Some people will choose to remain willfully ignorant, but the rest of us have an opportunity to learn from the biggest health scare since Charlie Sheen. What the big takeaways will be remains to be seen, but here are a few that I think will make the list:

We’ve forgotten how to cook. When California governor Gavin Newsome issued his “shelter in place” order for the state’s residents, the L.A. Times reported that Californians would still be able “to visit gas stations, pharmacies, grocery stores, farmers markets, food banks, convenience stores, takeout and delivery restaurants, banks and laundromats.” Takeout and delivery restaurants? Chinese food and cruddy pizza are essential services? This is the best apocalypse ever!

Don’t get me wrong: I’m happy for my friends who work in the restaurant sector. I don’t want to see my favorite diners go belly up due to the coronavirus. But when did we become so dependent upon other people preparing our food that McDonald’s is considered an essential service (not to mention food)? Maybe it’s time to practice cooking a dish or two from scratch, just in case this isn’t the last existential threat we face during our lifetimes.

Things don’t run so well when faith in instutions breaks down. I just wrote and deleted 500 fidgety words that danced around what I really meant rather than just stating it: The President of the United States dedicated the past three years to undermining science, journalism, and government, and the result of all of that “Fake news, Democrat hoaxes, congressional conspiracies, and phony science” talk was national chaos at a critical moment. It’s not all the President’s fault: He had plenty of help from (and he was plenty helpful to) media outlets that valued ratings over integrity, and for that matter he’s just the latest talking head in a chain of blabbermouths going back at least 50 years who were intent for whatever reason on eroding the pillars of our society. Regardless, Donald J. Trump has pandered to anger and paranoia, and as a result close to half of the country thinks that science is some kind of elitist conspiracy and journalists are paid to lie. The other half of the country has lost faith in not just the president but the entire executive branch along with the senate.

What does this have to do with COVID-19? A couple of things: 1) Perhaps the virus wouldn’t have spread so significantly throughout the United States if the President hadn’t lied his way through the early weeks of the pandemic; 2) Maybe a good bit of the anxiety gripping the country would be lessened if the majority of us felt like we we could trust our leader to tell the truth about; well, anything.

You can spend a trillion dollars preparing for emergencies or you can spend a trillion dollars reacting to emergencies, but you’re going to spend a trillion dollars regardless. We all know someone who is in dire financial straits right now due to the shelter in place orders. Some of those folks are going to lose their businesses, others will lose their homes. Some will go untreated due to lack of health care, or will go bankrupt courtesy of medical bills. The economic impacts of our approach to containing the virus are tremendous. Sending folks “sorry about that” checks is better than nothing, but even better than that would be proactively spending the funds necessary to make sure that the healthcare system is equipped to handle a pandemic, as are federal, state, and local governments. And let’s not forget science funding. The private sector is never going to invest billions of dollars in research and development on hypothetical viral threats–there’s no money in that. So unless you want to treat the next outbreak with ritalin and boner pills, stop bitching about your tax dollars being wasted on research.

Many of us can do our jobs from home. Yes, and when we do a whole host of problems improve greatly: less crowding on the highways, fewer traffic accidents, happier dogs. The employer benefits, too: telecommuters tend to work more hours, probably thanks to the convenience, and are generally happier employees. And think of the millions of dollars each year a company saves on leases, utilities, furnishings, etc. Everybody wins, and this lockdown proves it. So what’s the hold up? Let’s make this thing permanent.

We know at least one solution to slowing climate change, we just don’t care. See previous. The environmental improvements observed as a result of people staying more or less in place are staggering. They’re also temporary. As soon as we all start motoring back and forth to work again we’ll be right back where we started.

We are bad at math. COVID-19 is not the end of the world. I’m not suggesting that it’s not dangerous, particularly for people with compromised immune systems, nor am I suggesting that it shouldn’t be taken seriously. However, there are folks out there who believe that this virus will be the end of humanity if measures aren’t taken. It won’t. Even if the current fatality rate quadrupled the coronavirus would barely put a dent in the global population.

If you believe that one avoidable death is one too many I won’t argue that point; however, if you think that COVID-19 will wipe us out I’m happy to share some basic math with you.

Closing the world is not a sustainable solution to a viral threat. The oldest among us still remember the measles and polio outbreaks that were common during the mid-twentieth century. Like COVID-19, no vaccines existed for those diseases. All we could do is quarantine the patient to control the spread and hope for the best. Dating all the way back to the Colonial period, the United States has faced many health threats: malaria, tuberculosis, smallpox, scarlet fever, disco. Somehow we always found a way to continue on with our lives.

Three different coronaviruses have jumped from animals to people in the last 20 years. There will be more. If we don’t care to come up with a better strategy for addressing these threats than stopping the world, then we need to reengineer the global economy to suit the occasional total work stoppage. It’s not such a farfetched idea: The Congressional calendar is partially a remnant of a time when D.C. cleared out during malaria season, after all.

Our biggest concern is our butts. For three weeks now, my local grocery store has been out of toilet paper. COVID-19 in no way correlates with a greater demand for toilet paper. I can only conclude that our greatest fear in the event of apocalypse is that we won’t be able to wipe our butts. What strange beasts we are.

I’m sure that the big lessons of COVID-19 haven’t made themselves known yet, but those are my eight guesses of what may make the list; well, the eight that I have time for. I need to get over to the store and wait in line for toilet paper.