The Rather Unusual Obituary of Jim Stafford, Part Seven

“They call those mountains? Those barely count as hills. Can you imagine what these hillbillies would think if they saw the Rockies? Now those are mountains.” Jim was at the wheel of his 1977 Ford LTD station wagon, purchased new from a Fort Worth, Texas dealership just a few months prior to driving the beast 1,000 miles east to the family’s new home just outside Boiling Springs, South Carolina. With exception to one brief tangle with a corn field near Six Flags Over Texas the wagon remained unmolested, but over the next decade his children would see to that. During its ten year life, the LTD would jump train tracks, hang by its bumpers over a ditch, mysteriously have its driver-side doors caved in, catch fire, and serve as the mechanical accomplice to countless schemes, shenanigans, and misdemeanors.

That was the problem with kids, especially older ones: They had no respect for Jim’s things. He’d buy himself a cake, and the damned kids would eat slices of it. He’d stock the chest freezer with ice cream and frozen meals and the little heathens would help themselves. A man’s case of Stouffer’s French bread pizzas was sacrosanct! He began hoarding snacks in his bedroom.

But we’re off topic. The Stafford family was on their way to their new home, a sort of Brady-style house tucked into the seam separating Boiling Springs and Fingerville, town names so distinctly southern that just saying them aloud somehow made the Blue Ridge mountains on the horizon seem bluer. Over three short years, Jim had progressed from appliance repairman with an 800 square foot house to a Michelin engineer with 3,100 square feet on an acre of land, three cars in the driveway, and a vintage airplane hangared at the local airport. His new salary offered ample opportunity for more things: more tools for his basement workshop, a Jaguar XKE for his carport, better and better televisions.

It helped that Bonnie was a working woman now. For the first 13 years of their marriage she stayed home with the kids but when Jim took off on his lost weekend she was forced to work, and now that they were back together he insisted that they needed her income to get by. She didn’t want to work; she wanted things to go back to the way they were. Now she was working a full-time job along with the full-time job of raising kids and taking care of the house–cleaning, laundry, meals. Conceding was less painful than arguing, though, at least on that point. When the couple married as teenagers Bonnie stopped attending church to appease her husband, who thought religion was a con, a grift, a hustle: “That’s where they get you–they pray on your weakness and then they pick your pocket.” But when Jim left her Bonnie returned to church and not giving it up again was a Calvary hill that she was willing to die on.

Jim didn’t trust preachers and he resented anyone or anything that competed with him for Bonnie’s attention, but he wasn’t without his own rather unusual sense of spirituality. He shared with many the belief that there must be something more, that in an infinite universe a life can’t just flicker out permanently. His engineering mind might articulate that in terms of conservation of energy rather than the wonders of a sunset or the promise of eternal bliss, but the gist was the same. What seemed odd for such a rational mind was his belief that Jesus Christ was an alien who brought to Earth the secrets of advanced technologies.

That particular theory may have been a bit far-fetched, but what really distinguished it from most of Jim’s theories was that it wasn’t grounded in “that’s where they get you.” Long before Joe Pesci and Lethal Weapon 2 made “they fuck you at the drive through” famous, Jim was convinced that McDonald’s intentionally left French fries out of takeout orders because “they know you aren’t going to check and that’s pure profit for them.” Bread and salad were restaurant hustles. So, too, were car dealerships, government programs, and name brands of any sort. Only suckers buy two dollar ketchup when one dollar catsup tastes just the same, and only idiots spend a buck on a bottle of catsup when you can get a perfectly good dented fifty gallon drum of expired Slovenian kvetchsup for fifty cents at the local flea market. Better yet: keep those foil packets of ketchup Mickey D’s gives you while cheating you out of your fries.

Jag in the carport, airplane in the hangar, and Bonnie in the kitchen squeezing fast food ketchup packets into an empty bottle. It was his money, they were his things, and everybody was trying to get their hands on both. There’s truth in that statement, as anyone who pays their bills knows, but it’s a terribly stressful way to live. Jim’s blood pressure soared in direct proportion to his crashing mood. He was quick to anger, and even faster to rush to judgement. He was miserable at work, miserable at home, miserable everywhere.

Well, almost everywhere. Now and then he’d rise early, when the air was cool and thick, and go push his old Stinson out of the hangar. The plane was a World War II surplus trainer, probably flown during the war out of the same La Junta airport where Jim learned to fly. While he waited for the dawn he primed the big radial engine by hand, pulling the heavy propeller around and working cold, viscous oil into each of the air-cooled cylinders. He walked around the plane, inspecting its canvas skin, checking the tires and the control surfaces, the struts–looking for even the tiniest clue that she wasn’t airworthy. And then he climbed the chrome ladder into the cockpit and draped his radio headset around his neck, buckled his seat belt, and regardless of whether anyone was around to hear it shouted, “Magnetos on. Clear. Contact.”

The propeller whirred and Jim muttered “come on baby,” but rarely did the Stinson start easily. Minutes passed and “come on baby” turned into “start, you cantankerous old bitch.” Eventually one cylinder caught, then another, and the old plane roared to life. He loved the roar of the plane’s radial engine, a roar so loud that one had to shout to be heard over it. A radial engine just like the one that was pulling him toward the runway right now failed just three miles from the airport with his whole family on board. Jim managed to glide the Stinson in, just barely touching down on the end of the runway. That engine now rested in the carport, inches from his Jaguar.

Once in the air it all fell away–the job, the kids, the endless stream of people trying to pick his pocket. His face relaxed into a peaceful smile. “I’ve always liked it up here. Nobody can fuck with you up here,” he said.

This is how the ’80s passed for Jim Stafford: embroiled in battles on the ground, at peace in the air. Some of those battles he instigated, some he never wanted. Some weren’t battles at all but rather the natural ebb and flow of life–children growing up, a wife trying to find her place in the universe, bosses doing what bosses do, absentminded fast food workers forgetting the fries.

By the end of the decade Jim and Bonnie were not only alone in the big house at the foot of the Blue Ridge mountains, they were alone in South Carolina. Their kids did what their parents taught them: They hit the road in search of their own lives–Alabama, New Mexico, California. Some of them had children now, but they were too far away for Bonnie to enjoy her new role as grandmother. Jim had his stuff, but Bonnie had nothing. The couple packed up and moved one last time. They would run out their respective calendars as Alabamans.

What does Alabama have in store for the young grandparents, and will Jim ever get his fries? Tune in next week for another action-packed episode of The Rather Unusual Obituary of Jim Stafford. 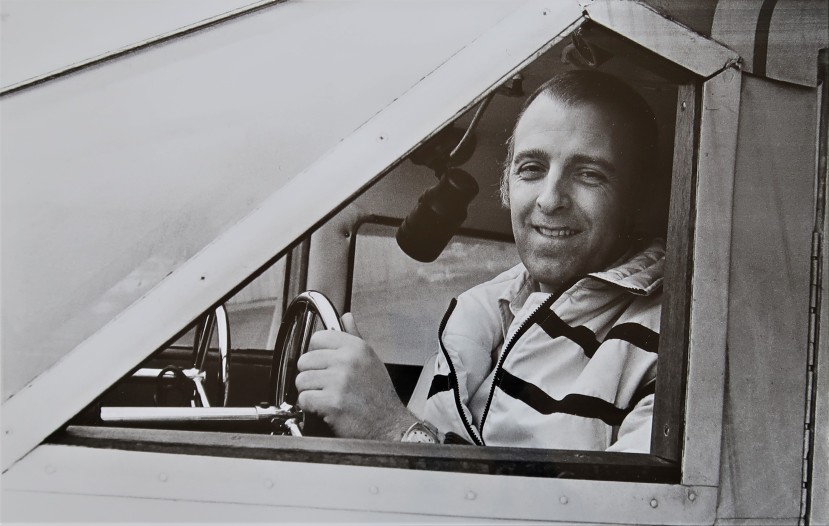