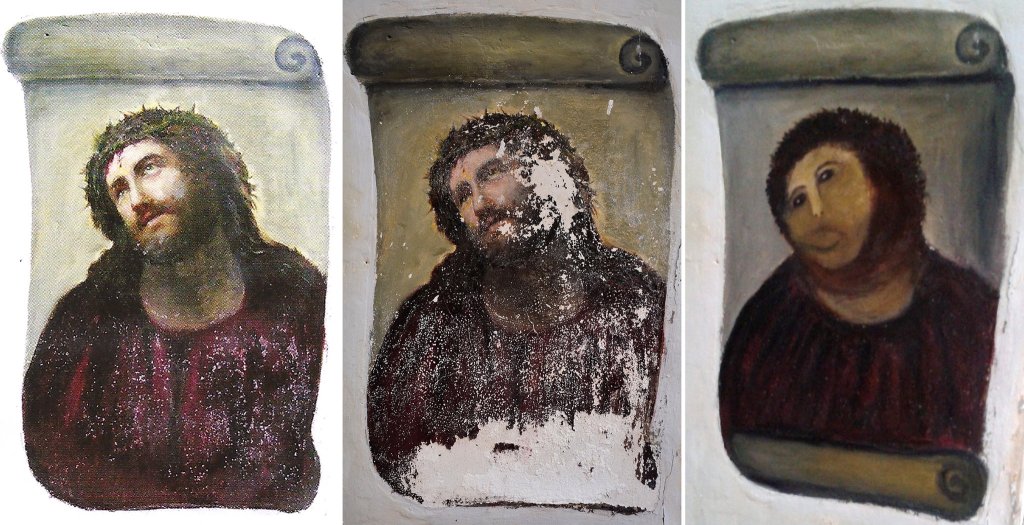 Ruining Art To “Celebrate” It

George Harrison’s estate is celebrating the fiftieth anniversary of what many people think is his first solo album, All Things Must Pass, later this year with not one but eight different varieties of re-releases. Never mind that we’re celebrating the golden anniversary of The Quiet One’s best LP a year late, this is quite a boon for fans in every income bracket. Only want to spend 20 bucks? Buy the 2 CD set. Have more money than sense? Go for the “Uber Deluxe Box Set” for a measly $999.98. Regardless, no matter which edition you choose Harrison’s website promises that you’ll receive “a stunning new mix of the classic album by Grammy Award-winning mixer/engineer Paul Hicks, overseen by executive producer Dhani Harrison.”

The preceding paragraph tells you pretty much everything you need to know about the current music industry, at least as it relates to physical media. No, the compact disc is not dead. No, music fans haven’t all gravitated to streaming platforms. And yes, the physical media music industry panders to well-heeled, middle-aged suckers who will buy the same album multiple times. I should know: I’m one of them.

I’ve purchased more reissues, deluxe editions, and deluxe reissue editions than I care to mention. The most I’ve ever dropped for one item is (mumble mumble) for the almost complete Woodstock on CD, but in aggregate I’ve probably donated more money to the estates of David Bowie and Frank Zappa than any other artists. What gets me jazzed about a re-release is the presence of new tracks or official releases of songs that I only have on bootlegs. For other collectors the attraction might be new packaging–alternate album covers, deluxe booklets, colored vinyl, reproduction posters or ticket stubs–even novelty kitsch like stickers, masks or, in the case of the “Uber Deluxe Box Set” garden gnomes. All that stuff is great, but if the new edition doesn’t offer any new music I rarely spend my money.

And then there’s the “stunning new mix of the classic album,” a marketing trend not unique to the Harrison estate. Every re-release, or so it seems, gets a new mix these days, as if our favorite classic albums were borderline unlistenable until Grammy Award Winner Mix Mixerson pushed the bass into the red for the Mega-Deluxe Anniversary Edition. Occasionally, like with the 1997 remix of The Stooges’ Raw Power, there’s an actual reason for (and benefit to) these remixes, but 999.98 times out of 1,000 “a stunning new mix” is nothing more than a method by which to lure obsessed fans to buy the same album over and over.

Selling the same intellectual property multiple times is not a strategy exclusive to the music industry. The publishing world occasionally releases a new book edition featuring new essays, lost chapters, maybe even an alternate ending. Over in Hollywood anniversary editions, director’s cuts, extended editions, and bonus footage have been features of the film industry since the VHS days.

I enjoy all of those things, but I cannot stand any changes that permanently alter the original work. Back in the ’80s we had to contend with Ted Turner colorizing black and white films, a process that turned classic movies into animated coloring book pages. During the late ’90s George Lucas gaslit my generation by changing Star Wars’ cantina scene so that Greedo shoots first. In the ’00s either Ozzy or Sharon, depending on the account, erased drummer Lee Kerslake and bassist Bob Daisley from Blizzard of Ozz. Each of these in their way is “a stunning new mix” intended to sell the same old product another time (or in the case of the Osbournes to avoid paying royalties while selling the same old product again).

The closest corollary to the “stunning new mix” in the visual arts might be the story of Spain’s Ecce Homo, a 1930 fresco in Borja’s Sanctuary of Mercy church. The painting once depicted a fairly typical, pious Jesus staring heavenward, but years of moisture left more Jesus flaked on the church’s floor than plastered to the church’s wall. Enter Cecilia Giménez, an elderly, well-intended parishioner who volunteered to touch up the painting and yada yada yada she turned Jesus into a spider monkey.

But Ecce Homo aside we seem to understand that paintings and other works of visual art are just that–art. We may clean the years of dirt from their surfaces, but we wouldn’t dare alter them. Oh, we’ll turn the Mona Lisa into t-shirts, prints, and posters. We’ll give her a mustache and a wink or make her drop her gown, but we would never do those things to the actual painting. Any attempt to alter the Mona Lisa would be considered a criminal act.

Yet the “stunning new mix” industry thrives, and often at the expense of the original. Granted, millions of copies of All Things Must Pass in its original form remain in circulation–I’m listening to mine right now–but if we’ve learned anything from Star Wars it’s that now and then over time the altered version completely replaces the original. Han shot first, never forget.

A recorded piece of music is a work of art that captures a moment in time. Regardless of whether the artist wasn’t happy with the finished product, regardless of whether the estate claims that the deceased would approve, regardless of any other nonsensical rationale, a stunning new mix is drawing a mustache on the Mona Lisa. Unless the original, unmolested work remains for sale alongside the stunning new remix, a borderline criminal act has been committed against our collective musical heritage.

Listen, estates: Keep the unreleased tracks coming. Keep the interesting packaging coming. But please–enough with the stunning new mixes. Stop making monkeys out of your personal Jesuses. At least pretend that you care about preserving the legacies that keep paying your bills.