From The Stacks: Albert Brooks, ‘A Star Is Bought’

Sometimes I look at an album cover and my first thought is, “How much did that cost?”

Record labels weren’t (or aren’t, I guess) kindly benefactors out to deliver their artists’ visions no matter the cost. Every dollar spent on a record’s production–the studio costs, the limousines, the lunches, cocaine, and hookers–all of it was charged back to the artist. When the album was released, the label then kept the profits until they recouped all expenses. Many artists never saw a royalty check and found themselves in permanent debt to the labels.

So it goes for album covers. Use the label’s in-house design team and keep your sleeve to a basic 12×12 square, and the costs billed to you remain relatively low. That means that you as the artist will start seeing royalty checks sooner. But start getting weird with it, and who knows how much the label will claim your album cover cost, not just for initial design but for production.

While the sleeve for Albert Brooks’s A Star Is Bought might not have been as expensive to produce as something like the Rolling Stones’ Sticky Fingers, it still must have eaten up a bunch of the comedian’s advance. Glued to the front cover are four little triangles like those found in an old photo album. Inserted into these is an 8×10 promotional photo of Brooks. In other words, the album cover serves as a frame for your very own fake autographed photo of your favorite comedian.

But the gag doesn’t stop there. Flip the sleeve over and the back cover is die cut to unfold into a little stand. You can literally prop this sucker up and plop it on top of your piano with the family photos. The whole thing is ridiculous, clever, unnecessary, funny, and must have caused a whole bunch of arguments between Brooks and the bean counters at Warner Brothers.

Financially, it’s a terrible gamble to take on a comedy album. As a genre, comedy records are rarely blockbusters. Sure, there are exceptions, but for the most part comedy records don’t bring in the big money. That would’ve been particularly true in 1975, when this was released. Brooks wasn’t exactly a comedian of Pryor or Carlin popularity at that time.  And that’s what makes this album cover so great: What you’re seeing is purely an artistic choice, not a financial one.

As for the record enclosed, Brooks fans consider it the comedian’s best. It’s essentially a concept album wherein Brooks tries to appeal to every known radio format, including the corny Rick Dees, “Mr. Jaws” style novelty cuts that were so popular in the mid-seventies.

You can expect to pay around ten bucks for a clean copy of A Star Is Bought with the photo still included. If you just want the comedy, the album was reissued recently on CD and is available for around the same price, but come on: You want that album cover, don’t you? Happy hunting. 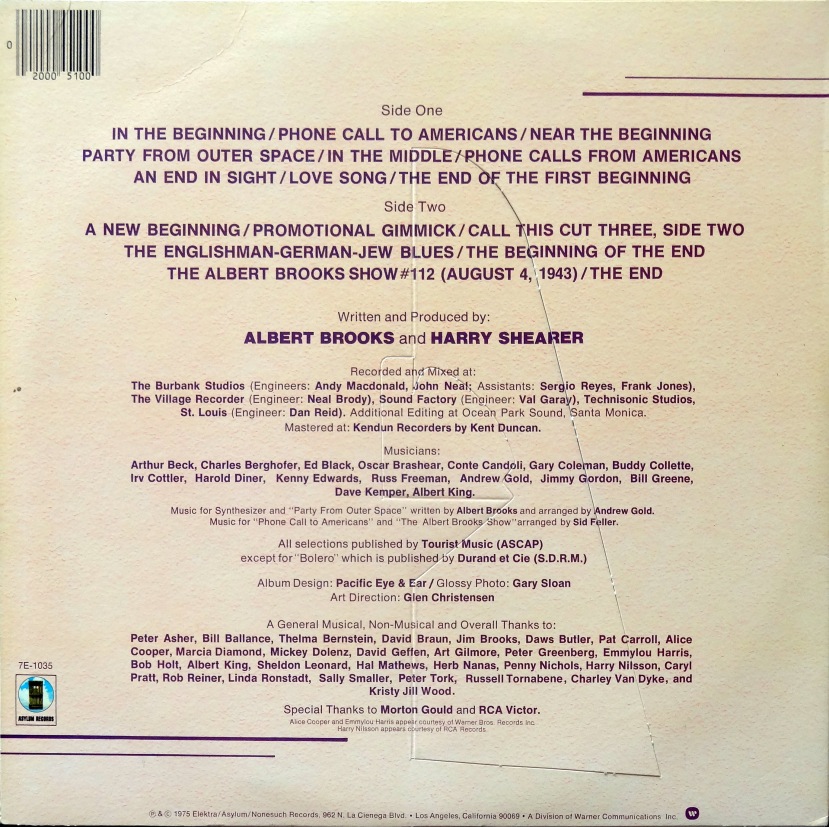