From The Stacks: Ben Colder/Sheb Wooley, ‘Spoofing the Big Ones!’ 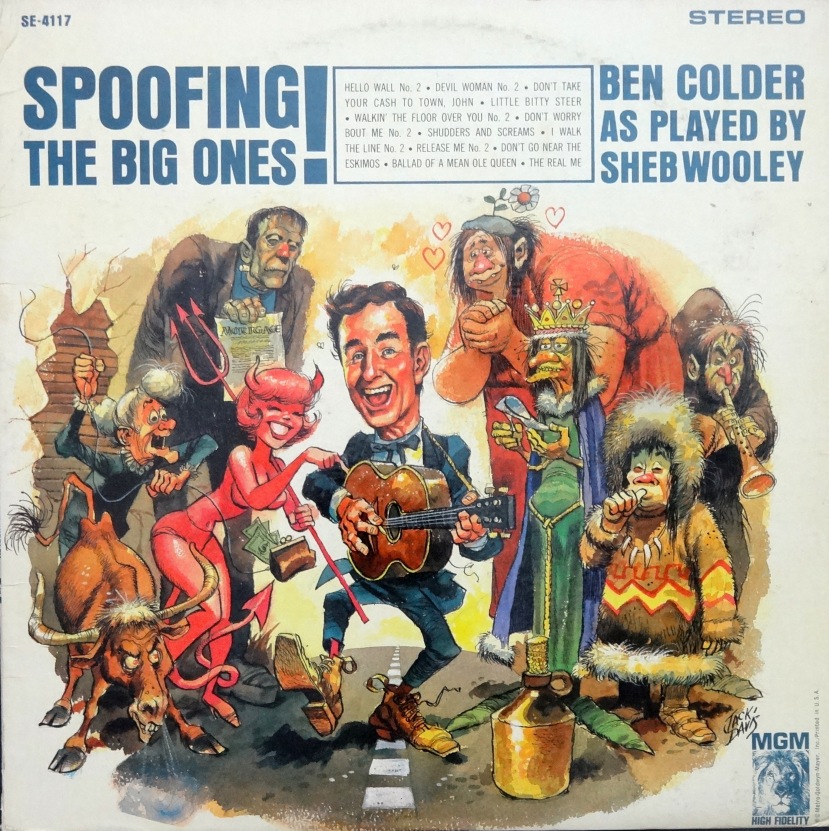 Sheb Wooley might be most famous for his 1958 novelty hit, “Purple People Eater,” but 1963’s Spoofing the Big Ones is the record that holds a treasured place in my stacks.

Four years after “Purple People Eater” Wooley had a second novelty hit with “Don’t Go Near the Eskimos,” which he released under the punny name Ben Colder.  This led to a string of Ben Colder albums, of which Spoofing the Big Ones was the first.

Comedy and novelty records don’t age particularly well, but I’m always on the hunt for Ben Colder albums for one simple reason: those Jack Davis album covers. The contents may not hold up, but those Davis album covers are timeless.

This one will run you 3-5 bucks, but you might find one in the charity shops or dollar bins for a buck or less. Happy hunting. 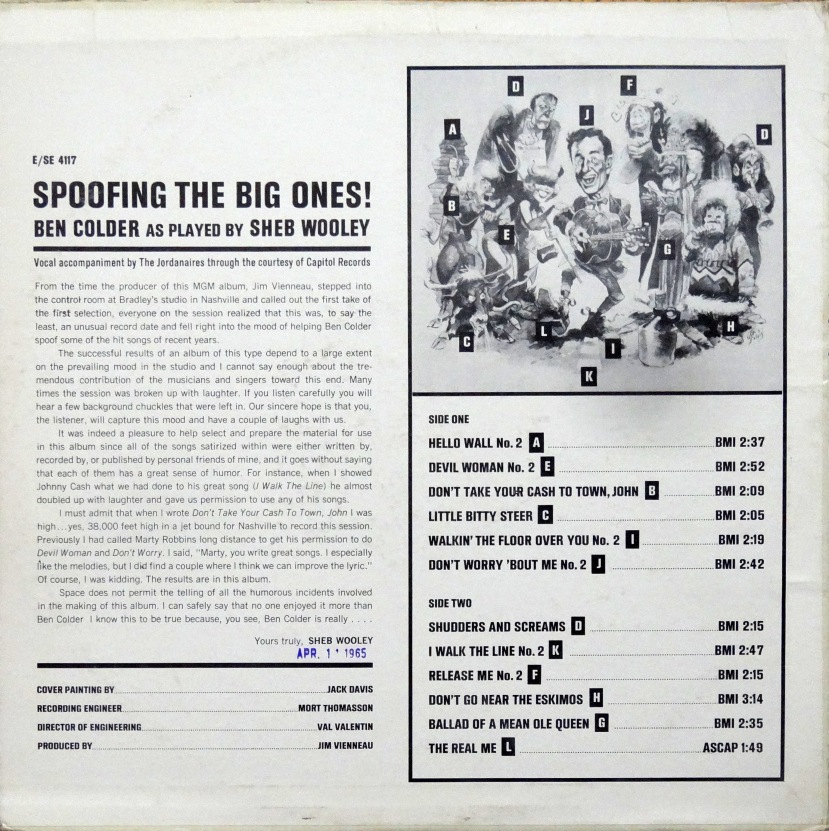