From The Stacks: The Mamas and the Papas, ‘The Papas and the Mamas’

Gimmick album covers are the best. The most common gimmick cover is the gatefold sleeve, the album cover that opens up to double the size so that you can view Frampton in all his rock star glory, or KISS on their explosive altar of rock goditude. The next most common is die cuts, album covers with holes cut in them (Led Zeppelin, Rolling Stones) or cut into some other unique shape. Then there are lenticular covers (Stones again, with Their Satanic Majesty’s Request), and of course sleeves with stickers and other things attached to them like, say, the Stones’ Sticky Fingers, which also features a die cut.

But I’m only familiar with two “face change” die cut album covers. One is John Lennon’s 1974 album Walls and Bridges, and the other is the 1968 Mamas and the Papas album that you see here. Backed up by L.A.’s famous Wrecking Crew, this was the last album the band made, though a contractual obligation album, People Like Us, was cobbled together and released in 1971.

Music fans looking at the album’s track listing will recognize “Dream A Little Dream,” the biggest hit from The Papas and the Mamas and the record that launched Mama Cass’s solo career. Quentin Tarantino fans might recognize the record’s first single, “Twelve Thirty (Young Girls Are Coming to the Canyon),” from Once Upon A Time In Hollywood:

Anyway, the gimmick sleeve: The album’s front cover is cut in half horizontally.  Open each “flap” to reveal the photo underneath, which mixes the band’s faces up like some sort of Mad Magazine game. The one thing that never changes? Michelle Phillips always looks like she’s sick of Papa John’s shit.

You’ll find The Papas and the Mamas listed for 3-5 bucks, which isn’t much to pay for such a cool album cover, but here’s a little secret: Nobody buys Mamas and the Papas records. Offer your local store owner a buck and he or she just might take it. Happy hunting. 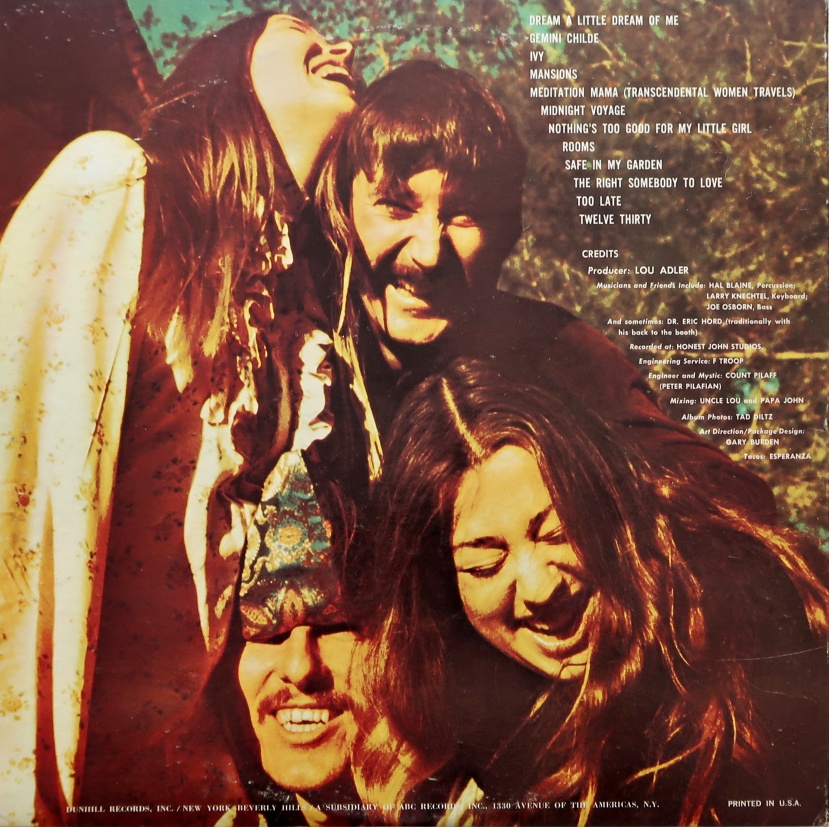 Tagged as: Mamas and the Papas